A characteristic representative of the Bologna school of painting, the daughter of the painter Giovanni Andrea Sirani, in whose studio she acquired the foundations of her painting. Besides her fathers influence she was affected by Guido Reni, Francesco Albani and Ludovico Carracci, Renis influence being undoubtedly the strongest. She painted pictures with religious or mythological subjects and relatively soon did also graphic art. In her day she was admired as a child prodigy and later as a famous painter. Her very short life limited her work to a single decade, 1655-1665.

The placing of this picture in the sphere of the Bologna School, especially its being clearly influenced by Guido Reni, which can he noticed in the type of iconography as well as in the general atmosphere, the colour scheme, and the emphasis on fervour, now, after a series of comparative studies, allow the Olomouc picture to he attributed to Renis follower in Bologna, Elisabetta Sirani. The characteristic modellation and the loose brushwork in the treatment of the fleshpaint of Christs body, the colour contrast between the warm tones of the body and the purple hues in the drapery and especially the physiognomy of the young man, with long, curly hair and a straight nose, appear in her work most often, probably due to Renis influence. Considerable analogy is offered by the Allegory of Painting from the Pushkin Museum in Moscow, dated 1658 (oil, canvas, 114 x 85 cm), that is a picture of the same size as the Olomouc picture. Similarly, a smallish painting of Christ from the Hermitage in St Petersburg (No. 220) from 1662. For further comparison, two pictures from the Muzeum Narodowe in Warsaw can be used - Amor with a Bow (1663) and St Jerome (1661) or the fairly large picture of St Anthony s Adoration of the Child (1662) from the Pinacoteca Nazionale in Bologna. In all these cases, the distinctive brush work and the typical colour modellation are found and so they are in the picture in the Prague National Gallery.

Most works by Elisabetta Sirani are fully signed and dated, which allows a fairly objective chronology. And here the Olomouc painting can be placed into the period around or shortly after 1660. The painter kept precise notes on her work (Nota delle pitture e dclle incisioni) and in the list of the paintings she completed by 1661, seven paintings reserved for the Duchess of Parma are registered. In this set appears also Ecce Homo, a picture the present location of which is un-known. It cannot be ruled out, and the very likely dating in roughly the same period supports this hypothesis, that the picture of the tortured Christ in the Olomouc collection is this very work. It is undoubtedly a work by Elisabetta Sirani and well represents the Bologna school of painting, which long after the middle of the seicento continued to be inspired by the heritage of Guido Reni. 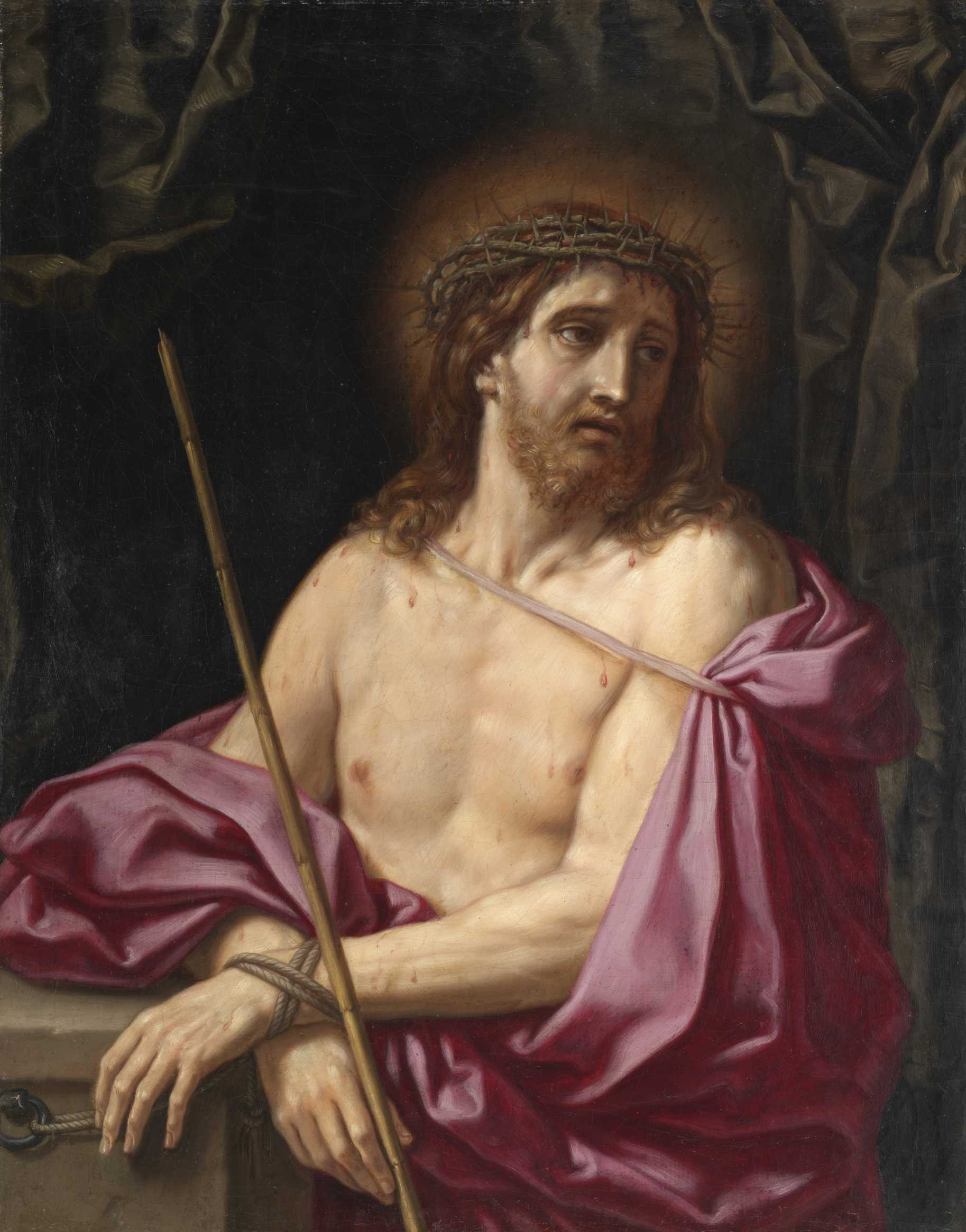