One of the last pupils of Rembrandt van Rijn, Samuel van Hoogstraten, was granted an audience with Emperor Ferdinand III in 1651 in Vienna. He presented three paintings; a portrait, a historical painting and a trompe l’oeil (deception of the eye) still life. Upon seeing the picture, the emperor is said to have uttered: "This is the first painter who has deceived me." He accepted the painting from the artist and gave him a gold chain. The Kroměříž canvas painted for Johann Cunibert, provider of imperial lodgings, art consultant and feudal tenant of Karl von Liechtenstein-Kastelkorn, is an example of a trompe l’oeil still life, a painting whose main task is to deceive the sight. Samuel van Hooghstraten was the first to bring this type of art to Central Europe. He spent four years in the capital of the Habsburg Monarchy and he was also active in literary circles. He was known as a modern Zeuxis. Zeuxis was a Greek painter who painted grapes so realistically that birds gathered around them. 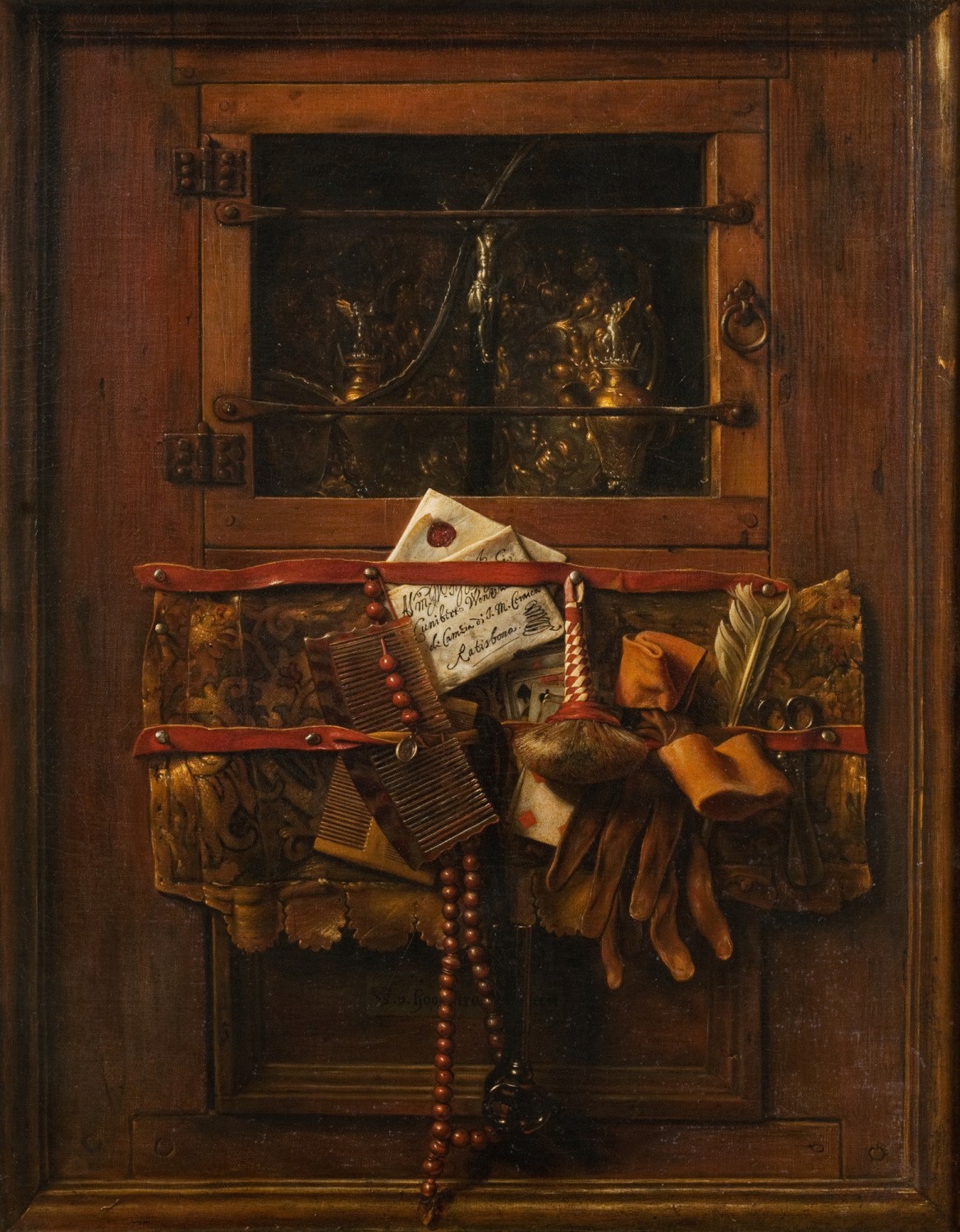