A Portrait of King Christian II of Denmark, around 1521

Christian II, King of Denmark, Norway and Sweden, painted in a portrait by Dutch painter Quinten Massijs. The artist created the portrait around 1521, when the king visited Antwerp at the invitation of his brother-in-law, Roman Emperor Charles V. If we are not afraid to link archive records with our picture, we will find that the kings Amsterdam banker paid Quinten Massijs 20 gulden for this portrait in 1522. Around his neck the king is wearing the Order of the Golden Fleece, which he was awarded in 1519. In 1521 the king was 40 years old. Quinten Massijs was born in Leuven where he learnt the blacksmiths trade from his father. Legend has it that he started painting because of a girl who regarded the occupation as more romantic than that of a blacksmith. Karel van Mander, a Haarlem painter and the first biographer of Dutch artists, had an opposite opinion, saying that Massijs replaced his brush with a smiths hammer when he was ill and bored, and decorated prints for a carnival. Even though we do not have a single piece of evidence that the painter lived in Italy, he was significantly influenced by the Italian Renaissance, in particular by Leonardo da Vincis work, which he knew through graphic sheets. He was friends with Albrech Duerer. He worked with Joachim Patinir on many works, with Patinir adding landscape backgrounds to his paintings. 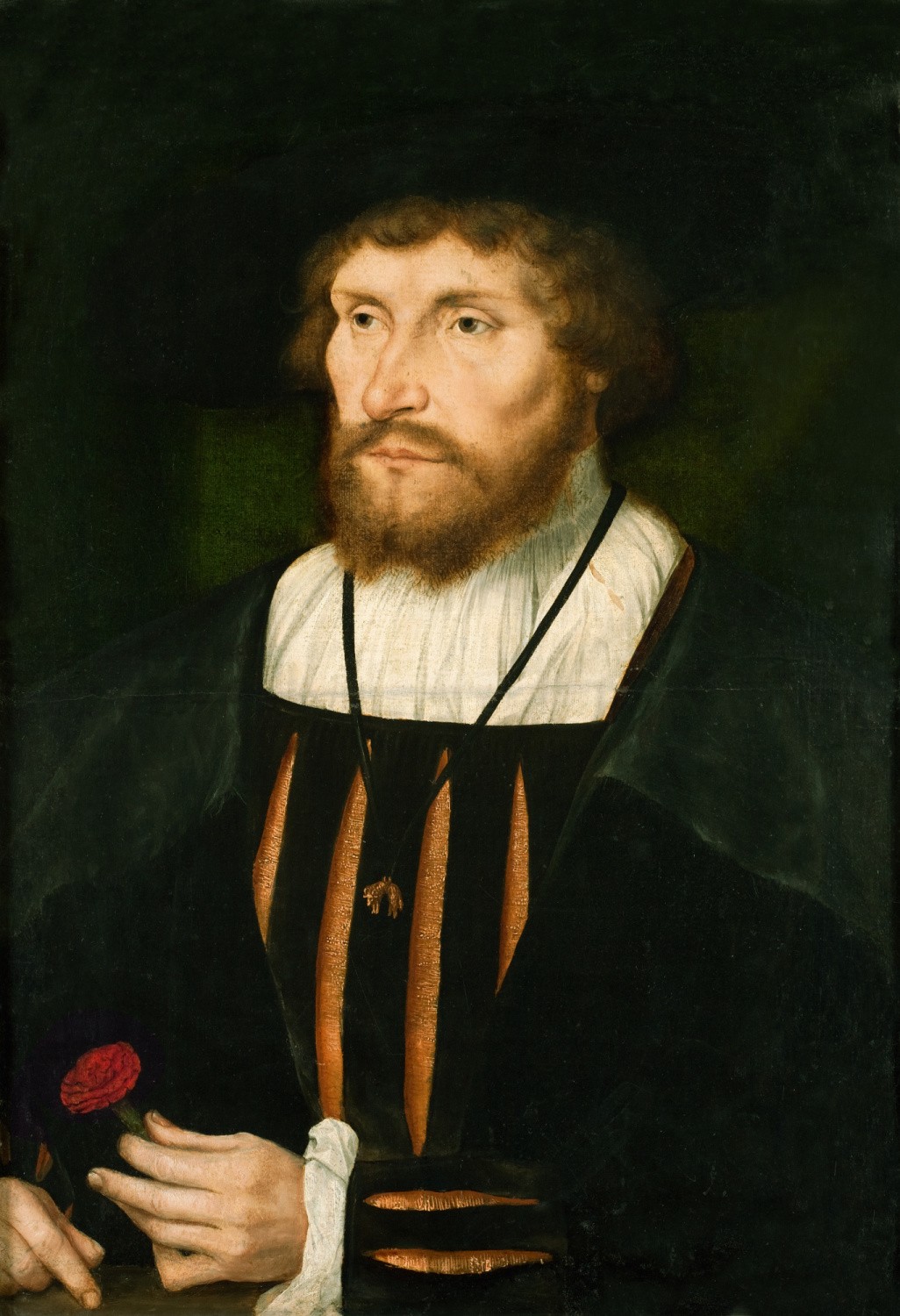 A Portrait of King Christian II of Denmark, around 1521
Related