Sándor Pinczehelyi is one of the most important Hungarian painters of the second half of the twentieth century. Hungarian art historian Márta Kovalovsky characterized his work in three words: flexible, free and playful. It speaks about a whiff of visual invention, underlined with discipline, rooted in graphic art, and with a shadow of hidden irony. His public activity is associated mainly with native town of Pécs, where he has long served as a director and curator of the City Gallery (Gallery Pécs).

Pinczehelyi is, like Imre Bak, based on the tradition of Hungarian avant-garde. At the end of the sixties he became a member of Pécsi Mühely, which program focused on benchmarking the borders of art, intention and chance, designing pictorial surface, which in turn led to progressive geometric abstraction. Interest in design principles, loosely related to the issue of dichotomy word/ image – meaning, and meeting with conceptual artist Gábor Attalai (1934-2011) represented a turning point in his work – turn to contemporary themes, namely the language of the establishment. A typical example is the work with the five-pointed star symbol, which Pinczehelyi used in a number of occasions, in installations, graphics and also paintings. He has additionally complemented this motif with sickle, hammer (Sarló és kalapács/ hammer and sickle, 1973) and pitching (Az utcakő a proletariátus fegyvere/ Cobblestone is the weapon of the proletariat (1974). The symbols of the regime was gradually added by nationalist elements, Hungarian tricolour, folklore motifs, typical regional products, later also those associated with capitalist society, or (after 1999) also motifs of the artists personal history.

The diptych And again (1973/ 2002) from the collections of the Olomouc Museum of Art is a part of the permanent exhibition of fine art from the second half of the twentieth century A Century of Relativity. More information is available on the web of the Central European Art Database or within CEAD Point. 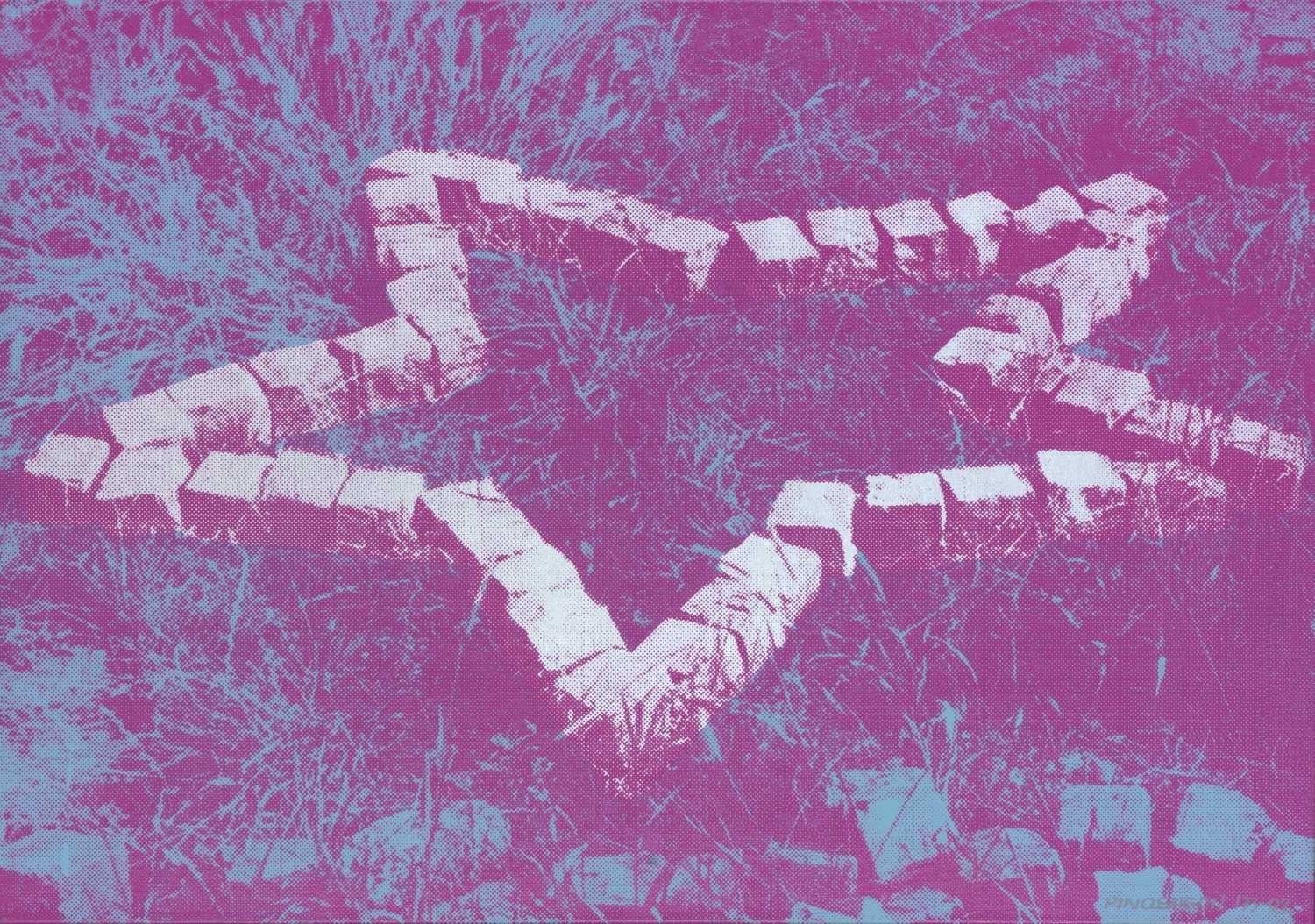 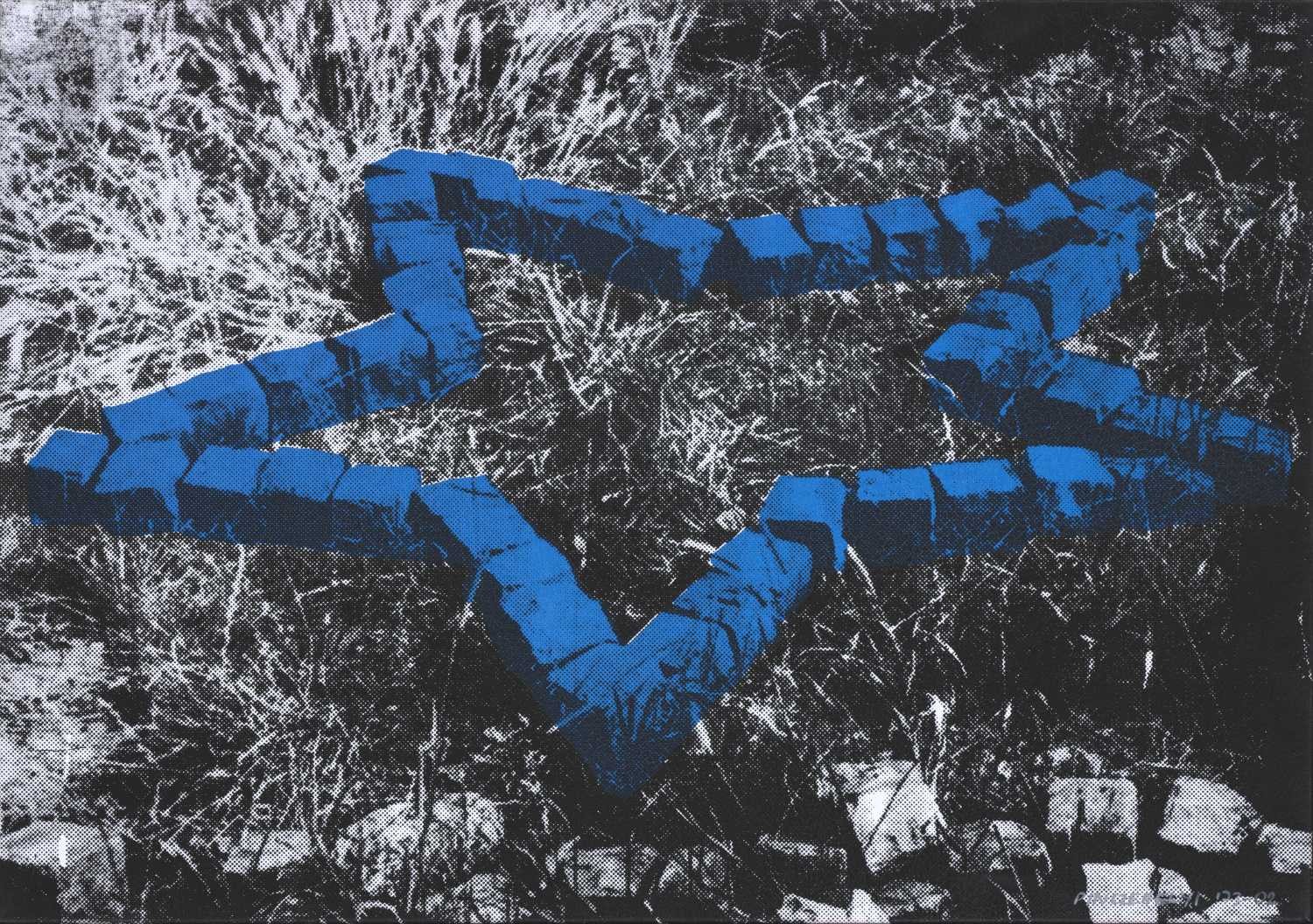