From 1745 Paul Troger was professor of painting at the Vienna Academy and from 1754 to 1757 he was rector. He is one of the most prominent representatives of Central European peak Baroque painting. Major aristocratic families and wealthy customers from the church, particularly religious orders, commissioned paintings from him. Among those was the Premonstratensian Monastery of Hradisko near Olomouc, where he painted a large fresco in the main hall of the prelature. The painting of St. Peter was originally designated for the same premises, where it was complemented by a painting depicting St. Paul at the Apostolic Council of Jerusalem. Both canvases were commissioned by the Abbot of Hradisko, Pavel Václavík, and represent the peak of Trogers work. The unusual scene depicts the culmination of the conflict of opinions between St. Peter and Simon Magus, who declared that he was more powerful than God. He wanted to prove his ability by ascending into heaven. Despite having the Emperor Neros favour, Nero depicted on a throne, Simon was defeated through Peters prayer, and his conceited ascension into heaven ending shamefully in a fatal fall. 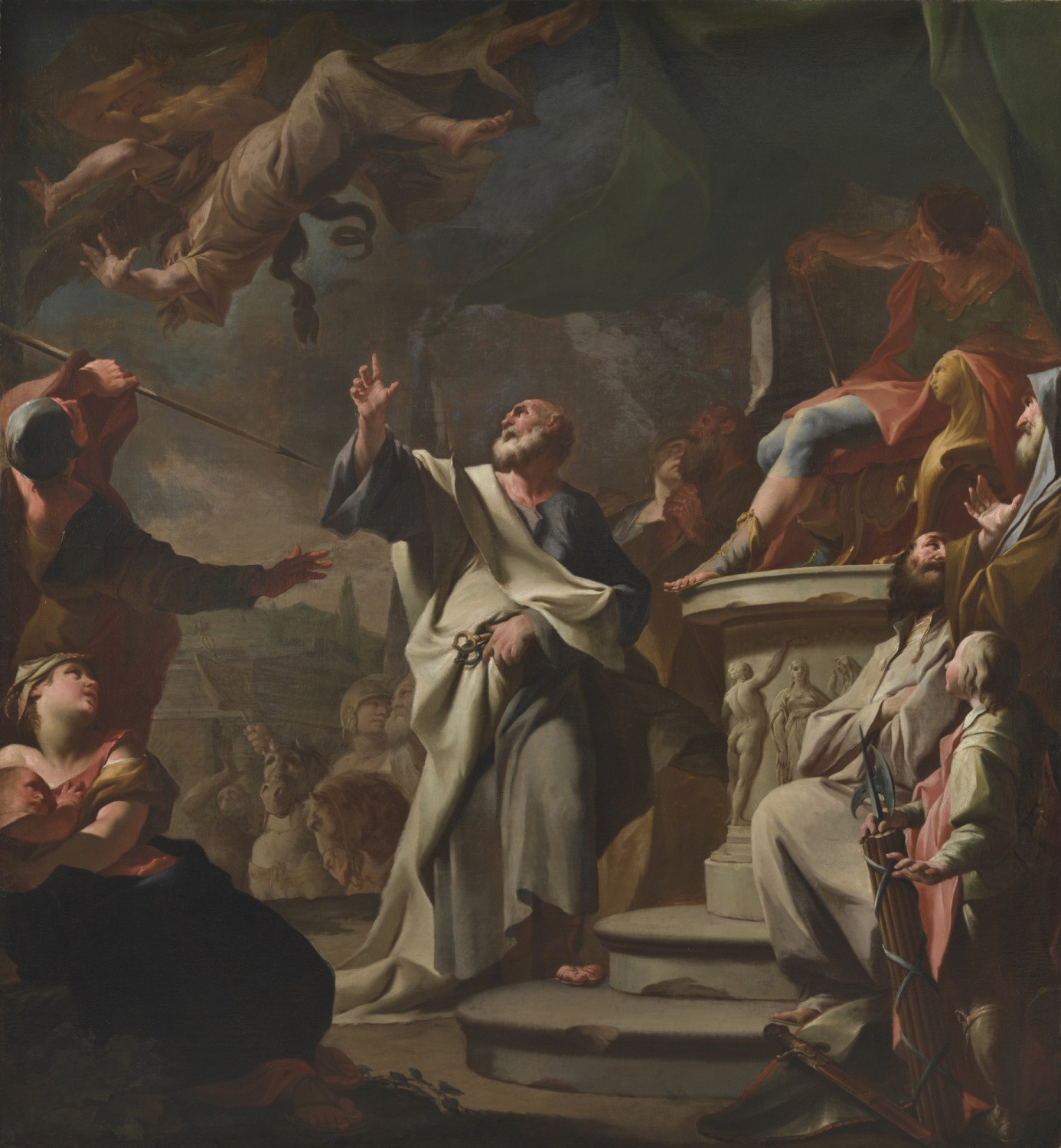