One of the most valuable paintings of the Kroměříž archiepiscopal collection is by Paolo Caliari detto Paolo Veronese. He studied with his father, sculptor Gabrielo Cagliari, and painter Antonio Badile in Verona. Via Mantua he proceeded to Venice, which was to be his hometown for several decades, and it was there, with Tizian and Tintoretto, that he became the most sought-after painter. He differs from the other two, mainly in his unusual use of colour. In Venice, he led a successful workshop of painters and worked with his brother Benedetto Caliari and sons Gabrielle Caliari and Carlo Caliari detto Carletto. The Kroměříž painting is just a fragment of a larger composition, most likely depicting the Assumption of the Virgin Mary or the Ascension of Christ. However, we can connect it with the painting of the Assumption in the collections of the Musée des Beaux-Arts in Dijon and with the Ascension of Christ in the San Francesco Church in Padua. The diction of the painting is one of the peaks of the masters late period after 1570. The final effect is in no way diminished by the poor condition of the canvas. The only Apostle we are able to identify is St. Peter in a blue robe with a key in his hand. It is believed that, prior to 1648, the painting was part of the collection of Thomas Howard, Earl of Arundel, from where it may have gone to the collection of Everhard Jabach in Paris. In 1667 it is documented as part of the collection of Franz and Bernhard Imstenraedt, bought by bishop Karl von Liechtenstein-Kastelkorn in 1673. 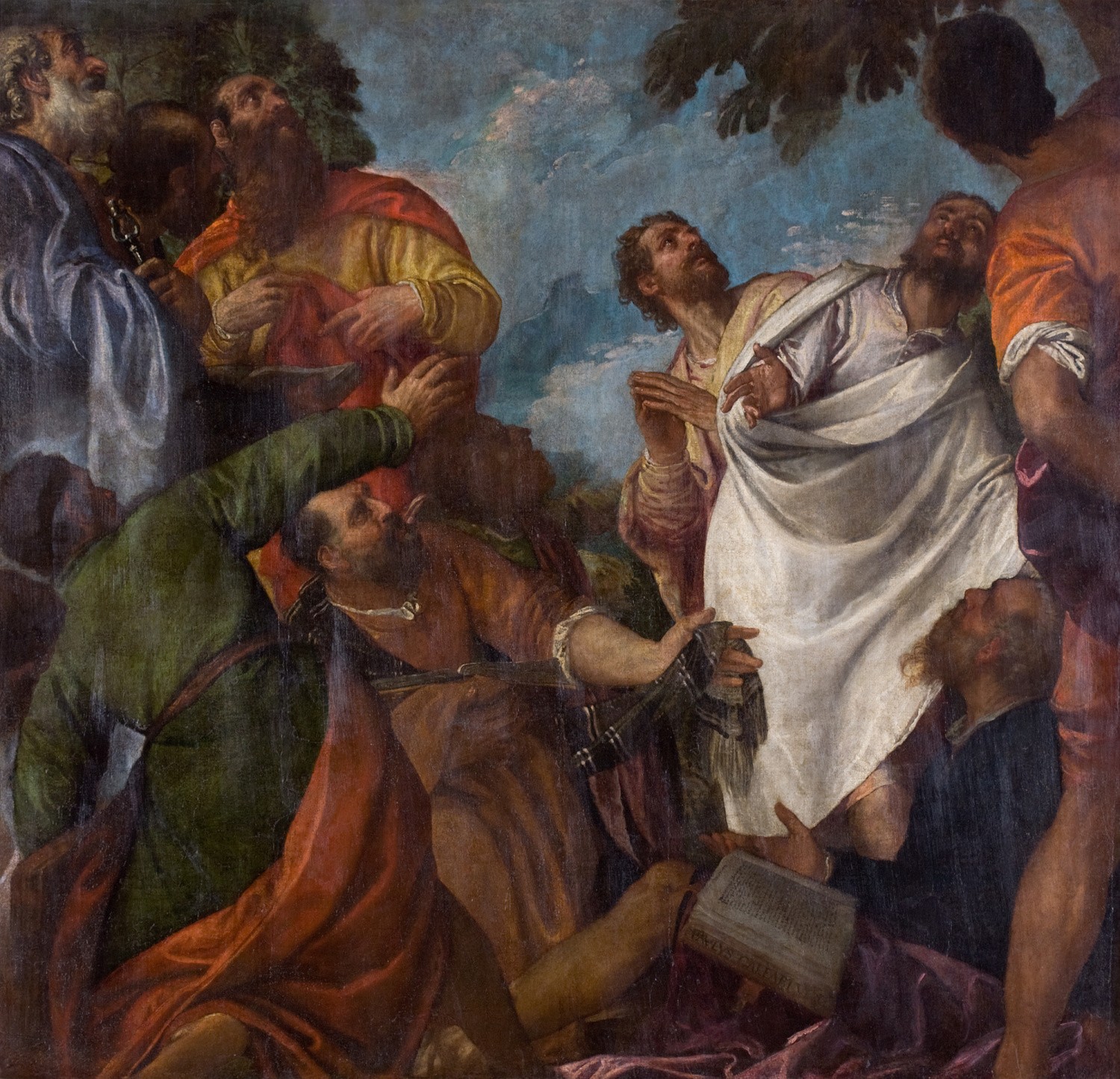