Kazimierz Mikulski was a painter, actor, set designer, theatre director, illustrator, poet, one of the representatives of Polish Surrealism and poetic and lyricising painting. Mikulski belongs to the group of Krakow artists. With Tadeusz Kantor, he is one of the crucial figures on the local alternative theatre scene.

Mikulskis visual aesthetics is the result of mixing of abstraction and Surrealism and the promotion of real objects into abstract compositions. Grotesqueness which was typical for him at the turn of the forties and fifties, eventually reflected in theatrical productions, produced by the Teatr Lalki i Maski ‚Groteska‘/ Groteska Puppet and Mask Theatre in Krakow, respectively by Kantor´s theatre Cricot 2. Arcadian visions with fantastic flora and fauna (Łąka/ Meadow, 1950) were complemented by some of his early canvases which evoked melancholic, often circus poetics through their muted earthly colours and the predominance of free space with only a few stage properties (Lunapark I / Amusement Park I , 1950). The selection of (richly metaphorical/ absent) titles was closely related to his painting strategy.

Mikulskis canvas from the collections of the Olomouc Museum of Art is a part of the permanent exhibition of fine art from the second half of the twentieth century A Century of Relativity. More information is available on the web of the Central European Art Database or within CEAD Point. 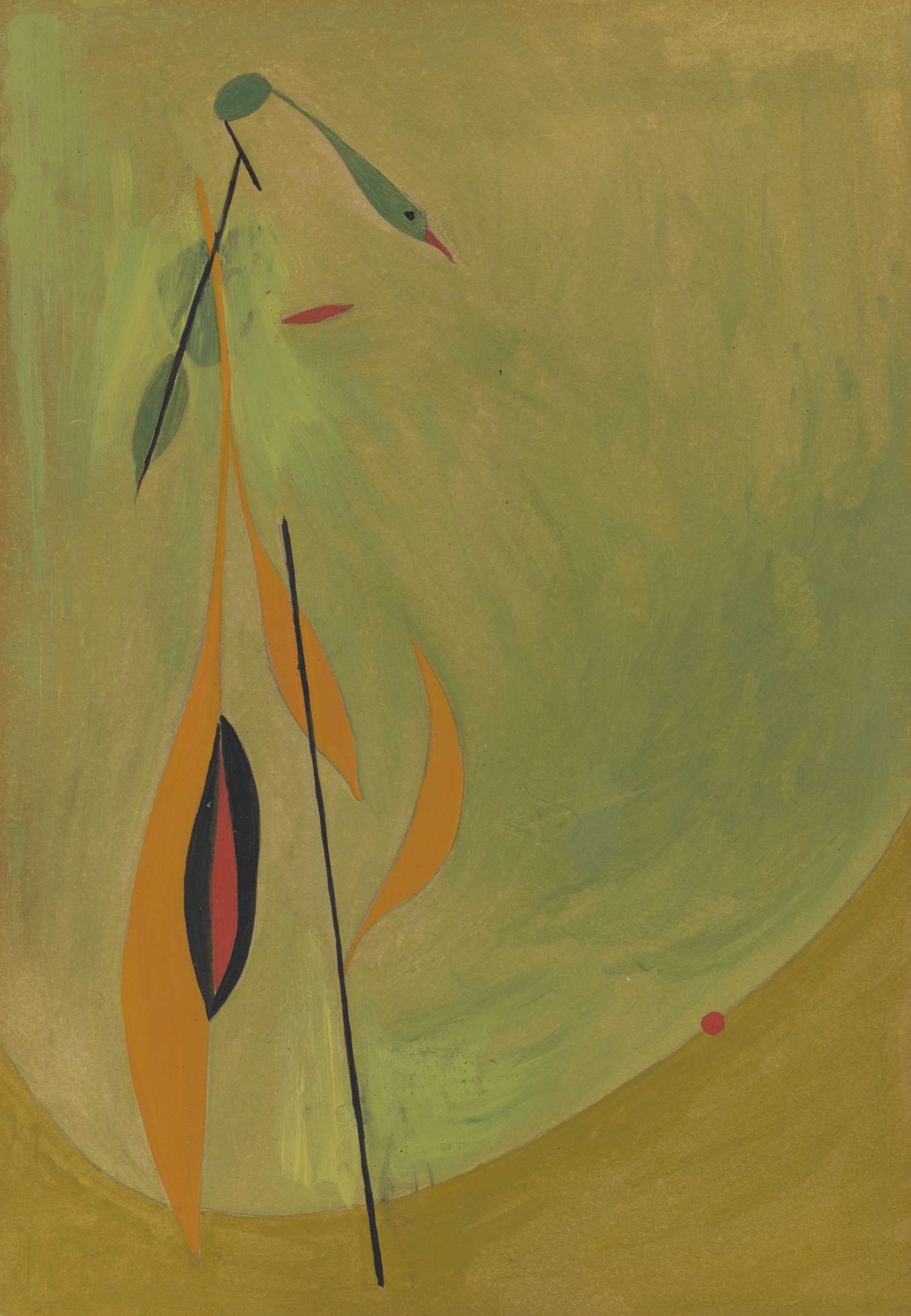