Oil painting Red saint (Saint Soldier III.) fits into the series of works with religious themes, which Medek in the sixties and seventies of last century applied in the decoration of several churches. Especially altarpiece depicting the cross of Jesus Christ found its place in 1962 in Jedovnice church st. Peter and Paul. Medek works does not  isolation visage in the baroque interior, but are surrounded by other modern means of artistic expression Jan Koblasa, Josef Istler and Karel Nepraš. Paintings depicting the Stations of the Cross realized for the church st. Joseph in Senetářov in 1971. In 1980, six years after the death of Medek was in the Chapel of the Divine Heart of Jesus in Kotvrdovice installed his painting depicting the Sacred Heart. Red Saint (Saint Soldier III.) content is connected to Medek existential period when he became the central theme of the human figure, formally, however, falls into a position abstracted, informal speech. Medek based its on compositions and structures built from colored materials arranged in the form of symbols and signs with spiritual content.
Barbora Kundračíková 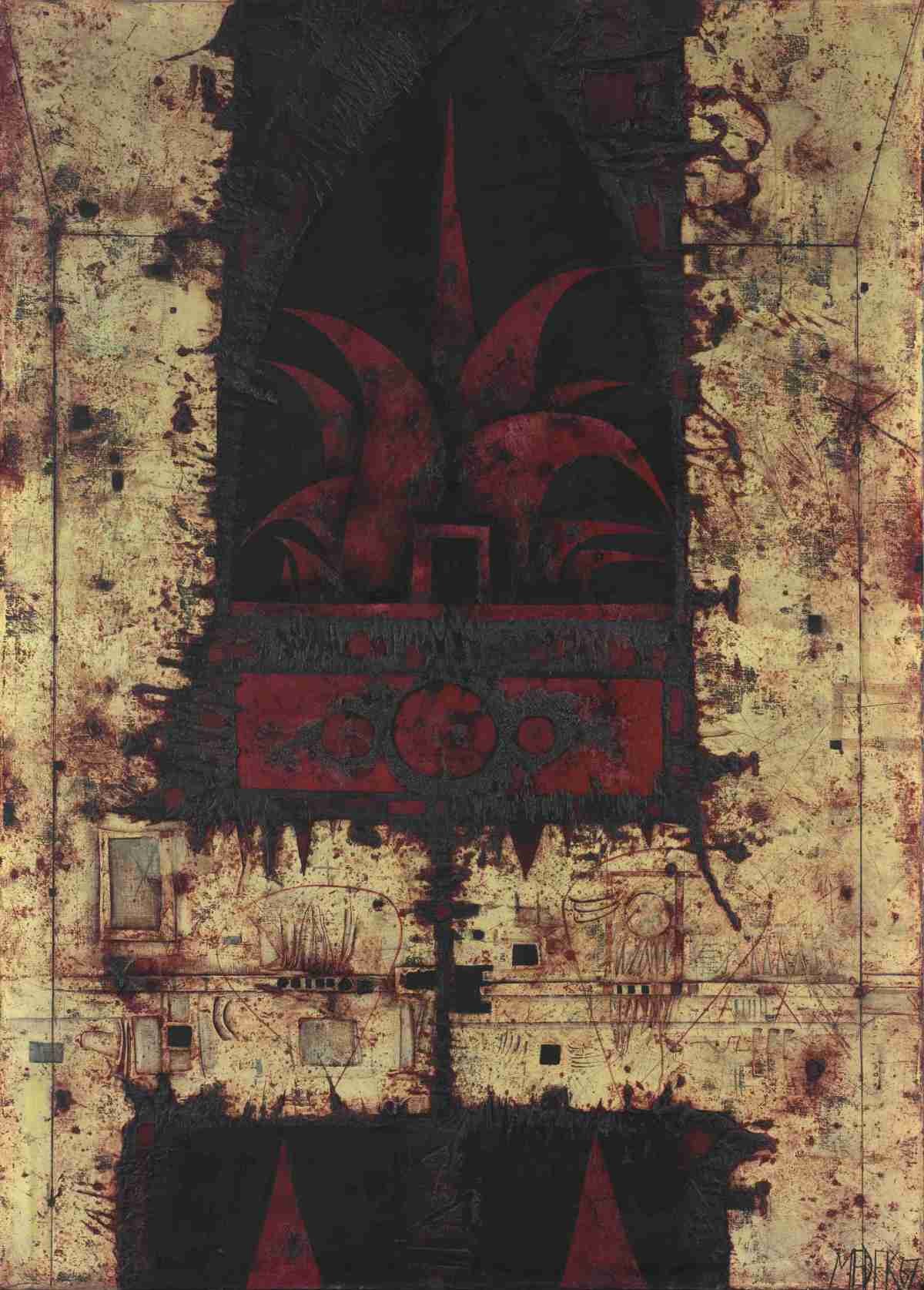