Knaps new turn to figuration at the end of the 1970s (when he became a founder member of the now famous group Normal with Milan Kunec /*1944/ and Petr Angermann /*1945/ in 1979 in Germany) was influenced on the one hand by religious painting from past centuries - in particular Gothic and Early Renaissance - while on the other hand even in Knaps early paintings the authors sense of "postmodern humour" is clearly visible, always spiced with a drop of pointed provocation against art and religious clichés. Unlike his postmodern fellow artists, Knap never aimed at "emptying the contents" or "invoking the world of banalities", but on the contrary, as one of the few figuralists of that time, he tried to join tradition and the present, as seen in a painting from 1984 in which the Christ-child is playing with a model train. We may find it a great idea to paint the Christ-child playing on the floor of a childrens bedroom which lacks nothing a childrens bedroom should: a car, a cat, a finch twittering on the window sill and annoying the cat with its summer melody. In short, we witness almost perfect peace and quiet. However, it is only when we glance through the open window to the horizon and see the three crosses on the hill that the idyll turns into drama. The cat and the bird, Jesus and Golgotha, Life and Death, that is what it is "about". The work of Jan Knap, even though it was perceived in the postmodern context of the 1980s, had greater difficulties to assert itself than the works of his fellow artists, because of its evident religious content. However, nowadays his paintings and drawings are highly valued.
Ladislav Daněk 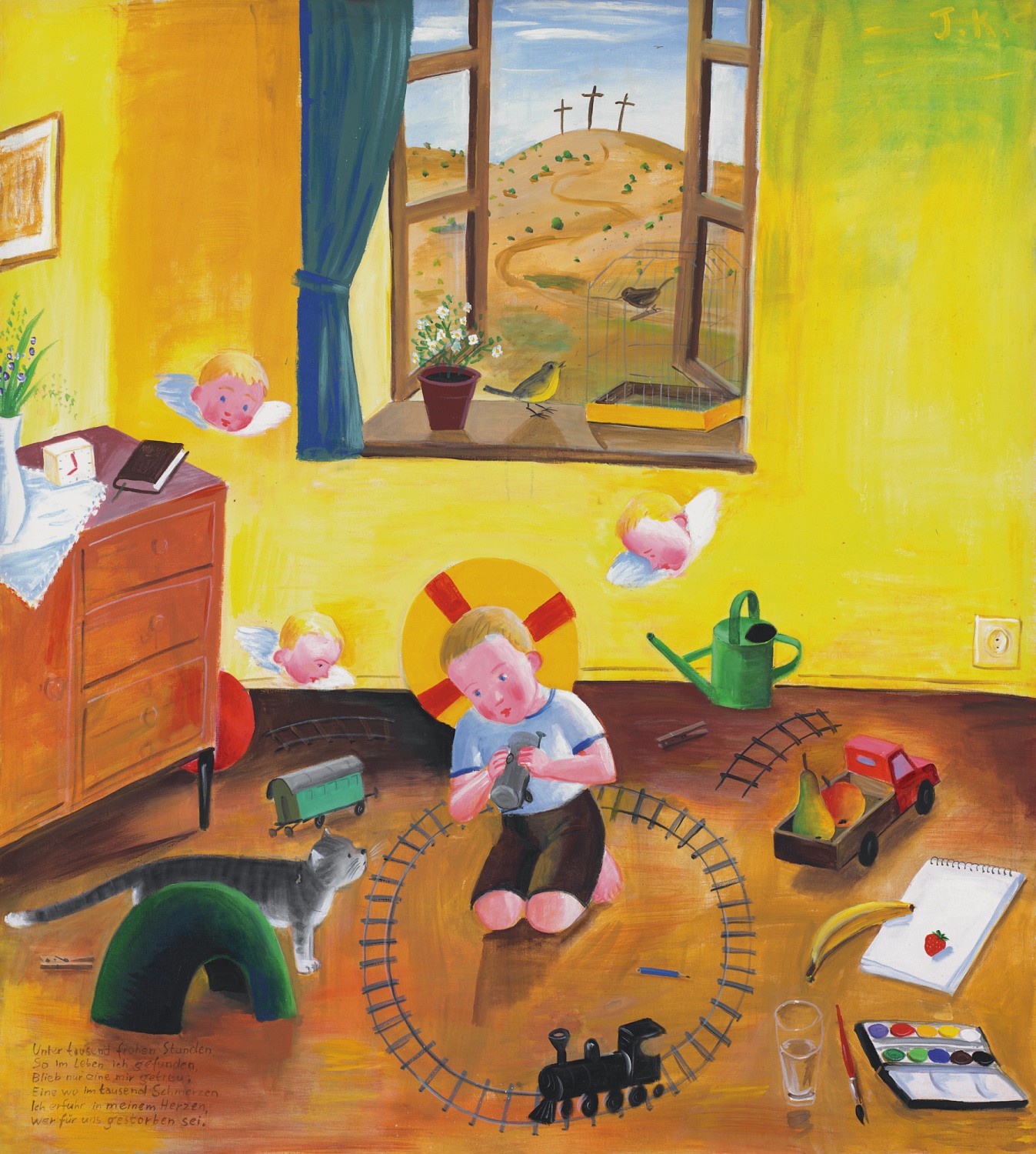