Christ Carrying the Cross, (Augsburk), after 1506

The composition of the painting titled Carrying the Cross is based on a graphic work by Albrecht Duerer, a woodcut of the same title from the cycle titled Large Passion (1498–1499). The figure of the Christ falling under the weight of the cross as well as the figures surrounding him, including the beadles, the Pharisees, Simon of Cyrene helping him lift the heavy cross, St. John the Evangelist and Virgin Mary with her hands crossed over her chest in a painful gesture, all correspond with Duerers graphic sheet. However, the Christ looks at the figure of St. Veronica handing him a cloth to dry his face. Her figure is missing in the Kroměříž painting, instead there is a figure of the kneeling donator in church vestments accompanied by St. Paul and St. Genevieve on the opposite side. The attached emblem with an uprooted, pruned trunk and the letters W H characterizes the cleric portrayed as Wilhelm von Honstein († 1541), who was elected the bishop of Strasbourg in 1506 as Wilhelm III. Thanks him, the diocese of Strasbourg avoided multinational conflicts and radical spreading of the reformation. This idea is shown in the iconography of the painting - the theme of Carrying the Cross may be regarded as an allusion to the burden of the episcopal office in politically and spiritually difficult times. Saint Paul, the intercessor, was one of the few saints who were respected by the Protestants too, in particular because his person was so firmly anchored in the texts of the New Testament. The figure of St. Genevieve, the patron saint of Paris and the French national saint, may express a tolerant attitude of the German bishop to the contemporary multinational conflicts. In view of its probable meaning, the painting was probably created at the beginning of Wilhelms episcopacy in Strasbourg. The painting was made in the workshop of Jörg Breu sr. (ca. 1475–1537), a prominent representative of the Danube School, who was the student of Ulrich Apt sr. and probably also Hans Burgkmair. Among his most significant works are the altars in Zwettl from 1500 and Melk from 15002. 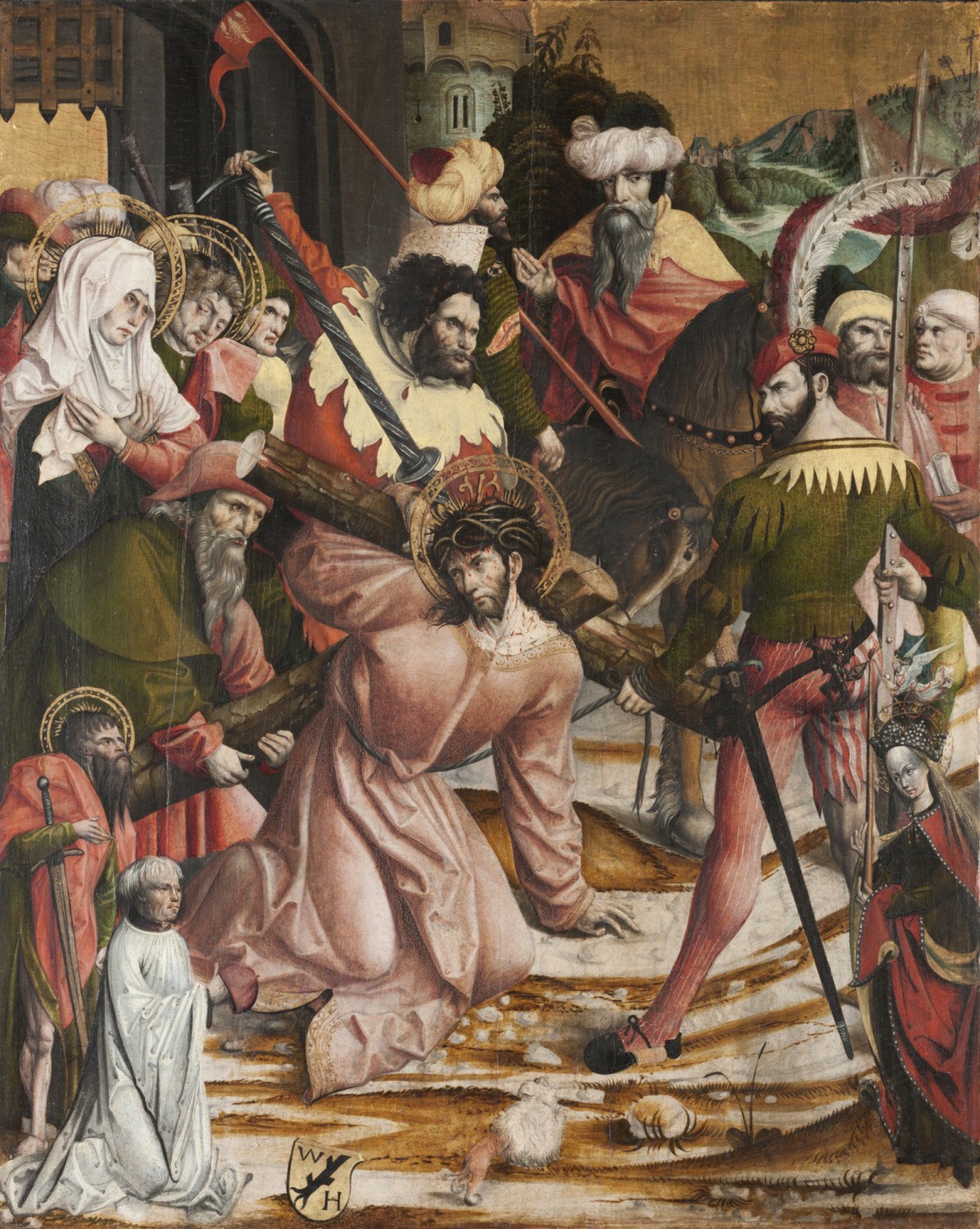