Girl´s Dream, composition for a painting for the National House in Prostějov, (1906–1907)

In 1905 architect Jan Kotěra (1871–1923) was awarded a prestigious commission for the construction of the National House in Prostějov. It was the first large building project that was not restricted by any space. In the work on the interiors he engaged his friends and peers who were experienced in working with architecture: brothers Vojtěch (1884–1968) and Stanislav Sucharda (1866–1916), František Kysela (1881–1941), Franta Anýž (1876–1934) and Jan Preisler. Preislers task was to decorate the two opposite supraportes in the foyer of the theatre. Jan Preisler created a diptych of paintings titled Girls Dream and Young Mans Dream. Both large paintings are now part of the exposition of the Prostějov Museum. The studies for the paintings, in one-third size, even more impressive due to their authenticity and the novelty of the idea, are in the Gallery of West Bohemia in Pilsen (Young Mans Dream) and in the Olomouc Museum of Art (Girls Dream). The idea of both paintings is to declare the liberalism and openness of modern Czech society, respecting equality of the sexes and not shunning decently declared eroticism and vitalism. Girls Dream was originally envisaged as a nude girl bathing. The artist, however, changed the concept during work on the diptych by placing in the centre of the composition a barefoot girl standing proudly and a little provocatively. She is wearing a yellow dress, symbolizing the colour of the sun and the flowers. The whole scene with its richly structured symbolism seems to be a further development of the mural he painted for the supraporte in the District House in Hradec Králové (1903-1904). In the landscape, which resembles the surroundings of Preislers hometown of Beroun, containing limestone rocks and trees heavy with fruit, he placed groups of young women and men, dreaming, looking up, gathering fruit. It is all immersed in silvery tones in pastel colours which underline the fairytale atmosphere of the scene.
Ivo Binder 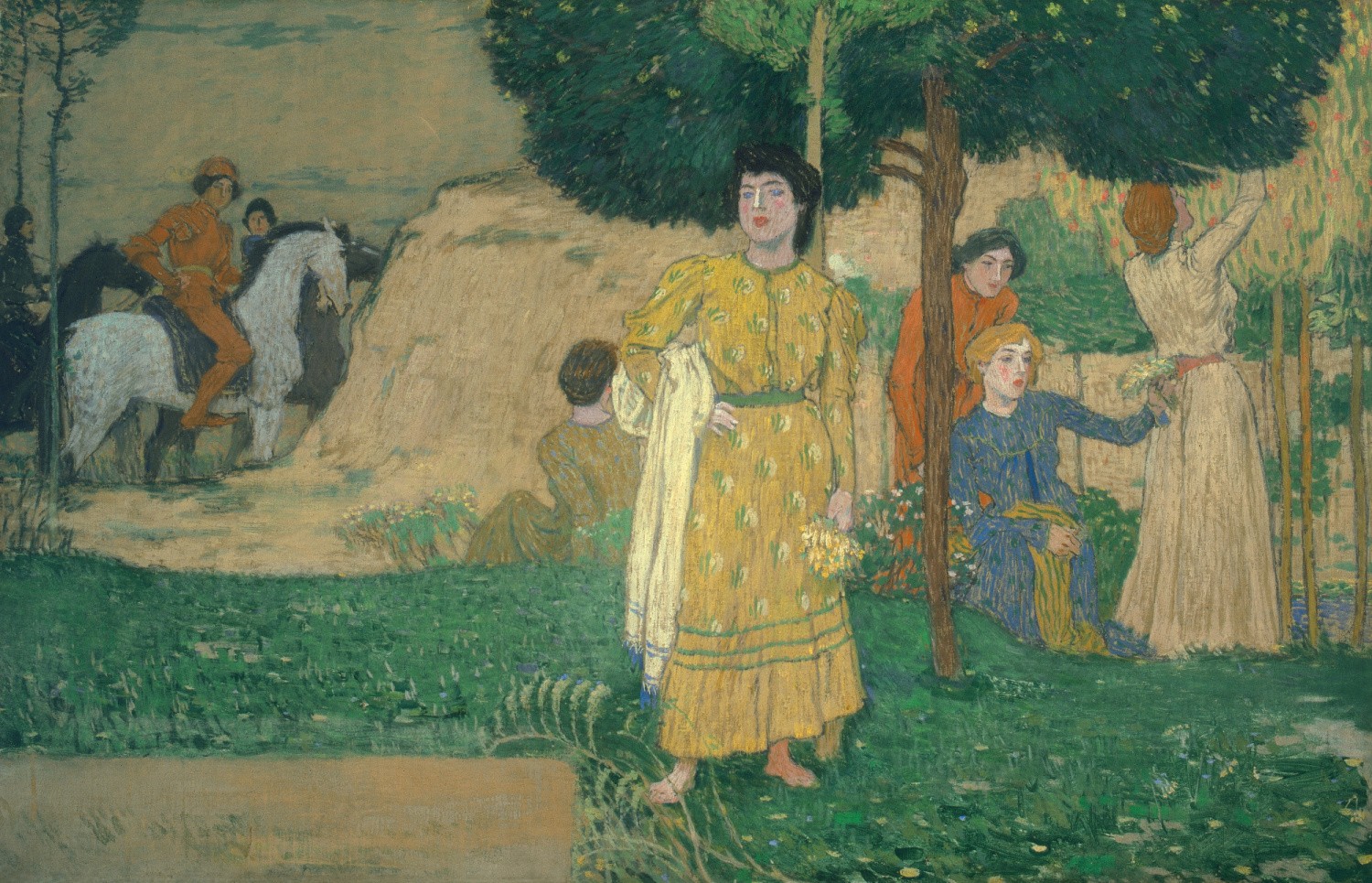 Girl´s Dream, composition for a painting for the National House in Prostějov, (1906–1907)
Related