The collection of paintings by Jan Kotík is one of the most compact authors’ collections of Czech post-war art in the Museum. The core of the collection is three paintings from the period of the authors activities in the Skupina 42 group that originated during the war and ceased to exist in 1948. This basic set was expanded in the first half of the 1990s by other paintings that represent later changes in Kotíks painting from the end of the 1950s to the 1980s. Kotíks contribution to Czech post-war art was only appreciated after 1989. There were several causes for this late appreciation of his creative qualities. Apart from ideological reasons, it was a certain nonconformity of Kotíks personality, which often even provoked his colleagues from the avant-garde circle. Kotík was always special and had an extraordinary sense for anything new that was in the air, so to speak. His early paintings with civilist themes were different to those of his fellow artists from Skupina 42 (such as František Hudeček /1909–1990/, František Gross /1909–1899/ and sculptor Ladislav Zívr /1909–1980/). In the 1950s when official art was ruled by the doctrine of socialist realism he was one of those who remained faithful to modern art. In the 1960s Kotík was reprimanded for the cosmopolitan nature of his opinions as well as his tasteless paintings which, nevertheless, seem beautiful to us today. The painting titled The Kings Head is an excellent example of the artists passage from civilist themes of the 1940s and the beginning of the 1950s to the peculiar form of gestic painting used by him from the end of the 1950s almost until the mid-1960’s. In addition the painting, literally replete with the joys of relaxed painting, represents a certain antipole to the existential subtext of the structuralist expressions of Jan Koblasa (*1932), Aleš Veselý (*1935), Mikuláš Medek (1926–1974) and Robert Piesen (1921-1977).
Another brilliant illustration of Kotíks unrelenting experimentation during the 1960s, which did not cease even during his exile to Germany after 1969, is the object titled Spatial Painting. The title suggests that in this unconventional work the painter was able to translate a laconic energetic gesture into space in a unique way, thus challenging the canon of traditional hanging pictures.
Ladislav Daněk 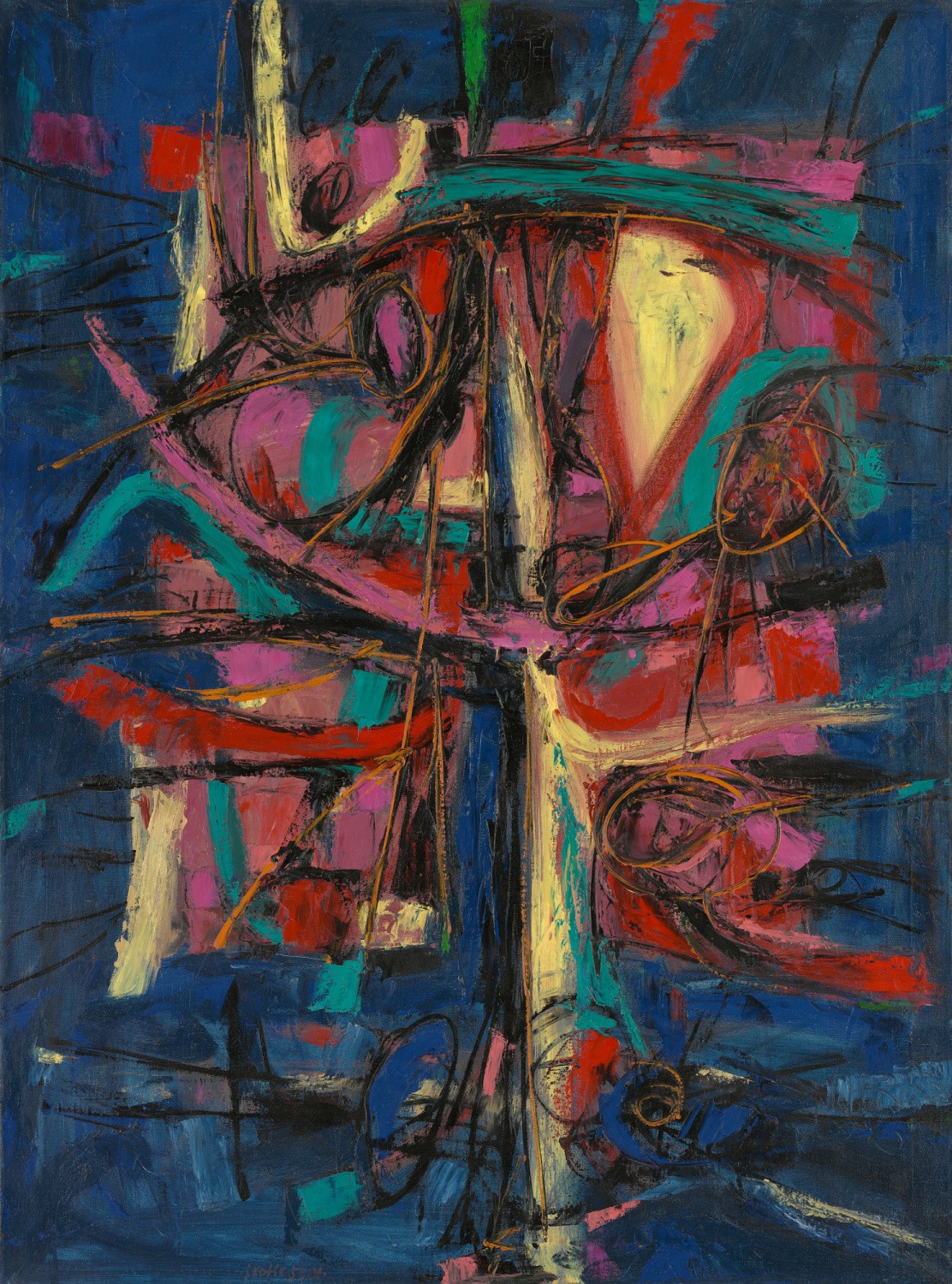