Antonín Hudeček is one of the most prominent painters from the turn of the 20th century. He started as a figuralist. He studied painting at the Prague Academy with Max Pirner (1854–1924) and Václav Brožík (1851–1901), and later also in Munich. His painting style was fundamentally influenced by "Mařák’s Circle", a group of painters under the guidance of Julius Mařák (1832–1899). He attended open air workshops with them and with Antonín Slavíček (1870–1910) in the surroundings of the Okoř castle, where a painting colony gradually formed. He created a number of paintings, landscape views with refined colours, compositions with ponds and forest openings with light reflexes. It was a time spent searching for his particular form of expression and for coping with the impulses of French art, in particular impressionism. The painting titled Female Nude by the Sea was created later, after Hudečeks visits to Italy and Sicily in 1902 and 1908 respectively, when the motif of the sea was introduced into his work. The seaside landscape with a female figure in the foreground captures the melancholy atmosphere of the evening, the mood of a fleeting moment. The colours are dimmed by the evening light, adding a magical touch to the natural shades. Hudeček returns to the origins of his work, connecting the motif of the female figure with a landscape scene in the spirit of fading symbolist tendencies. The sensuous concept of the painting, the effort to achieve a harmonic balance and capture fleeting reality with the help of lightly applied paint and light, make this work a unique example of modern painting.
Štěpánka Bieleszová 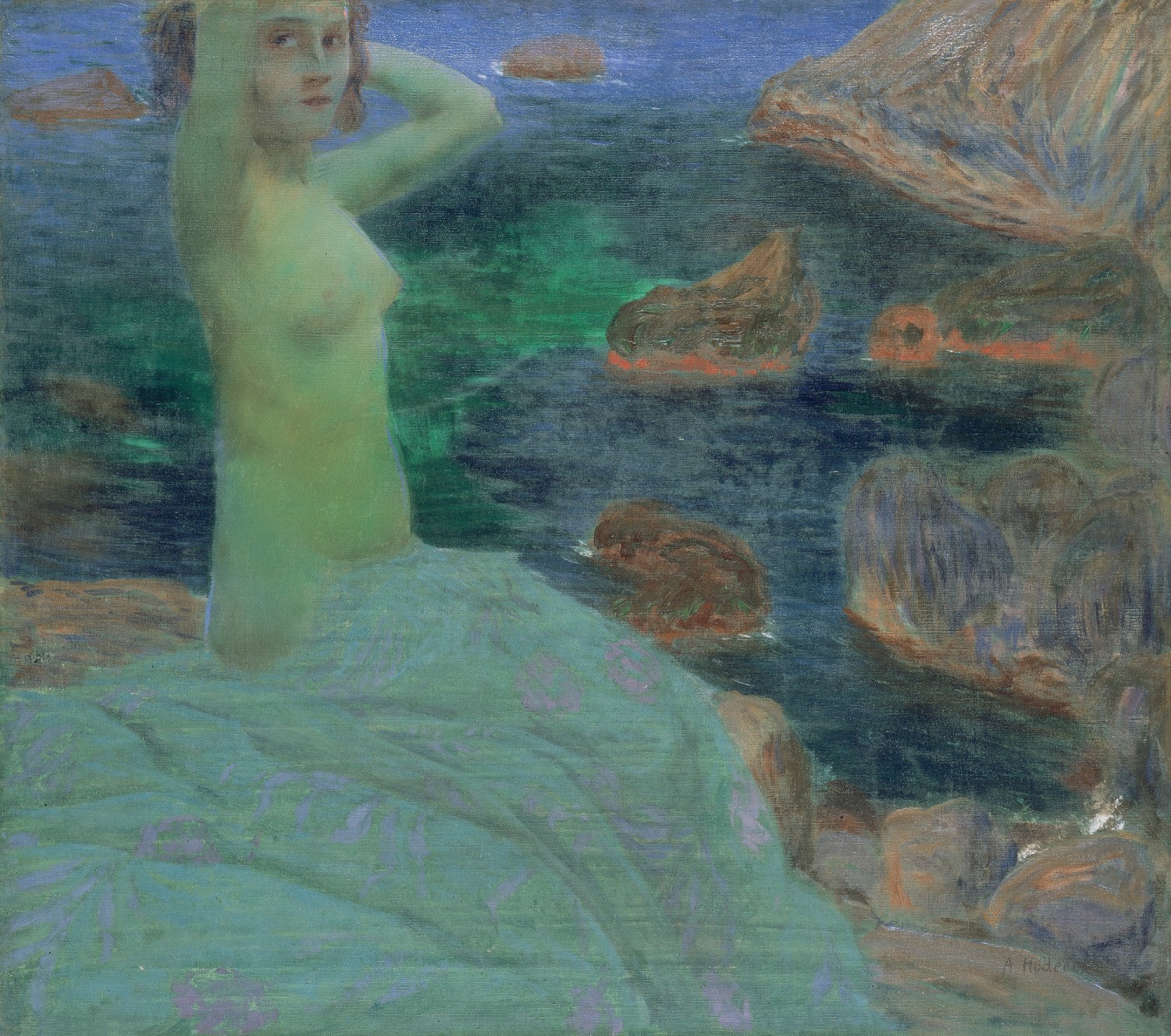