Works by Roman Franta are at first glance depictive – in this way he is also presented in the permanent exhibition of the Museum of Modern Art Century of Relativity II. The canvas 9. S. II (1998) depicts a cluster of perfectly identical and convincingly illusive ladybugs in vibrant colours. This canvas is one of the typical works of the late nineties which Roman Franta also presented at the exhibition of the finalists of the Jindřich Chalupecký Award in 1997. The theme of the painting itself, the beetles bodies, is used as a structural element, the resulting grid is not cool or distant, on the contrary, often tends to expressivity, evokes movement and creates the impression of illusion. The resulting canvas can be understood in the sense of abstraction or fine design, but at the same time it is always possible to recognize the original figurative elements of which it is composed into an ornament.

In the later period Roman Franta used the accumulation of insect bodies as basic structural elements in portraits. The resulting impression is typically very strong, to some extent, perhaps similar to that caused by the Emperor Rudolf´s famous portraits by Giuseppe Arcimboldo (1527 – 1593) composed of various species of plants and fruits.

The glamour of Roman Fanta’s artistic expression is given by his ability to attract interest of both the informed viewer, as a layman – they can be approached through the history of art and its immemorial questions, but clusters of bugs can also represent a symbolic image of a globalized world, or be an expression of sensuousness and playfulness, eventually simple obsession with creativity and creation. 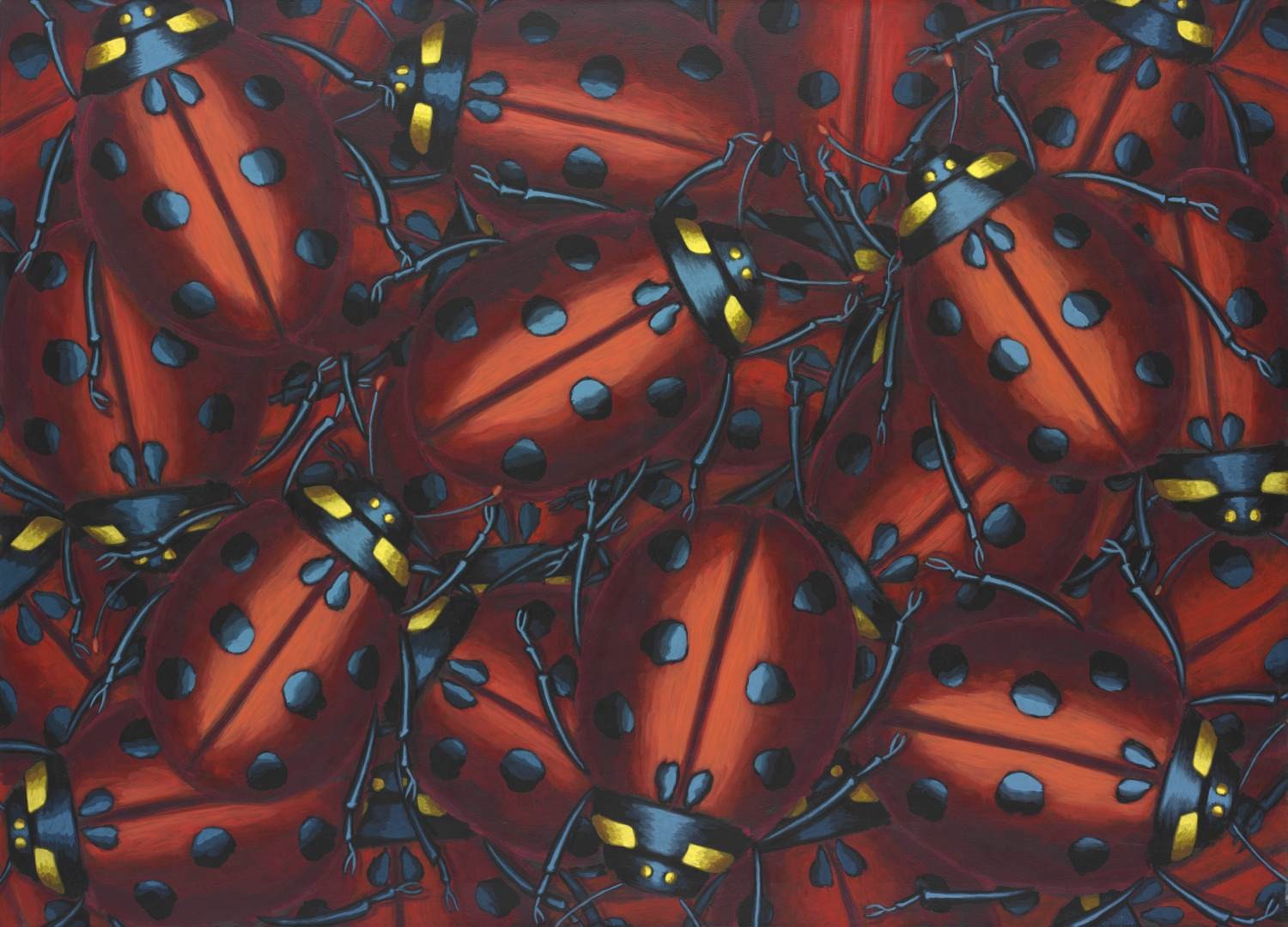