Emil Filla is regarded as one of the most prominent domestic figures of the inter-war avant-garde and the leading representative of Czech cubism. His early works, such as Red Seven Cabaret, were influenced by Edvard Munchs (1864–1944) expressionism as well as the paintings of Vincent van Gogh (1853–1890) and Pierre Bonnard (1867–1947). From 1907 to 1914 Filla lived in France, where he met such artistic figures as Pablo Picasso (1881–1973), Georges Braque (1882–1963), Juan Gris (1887–1927), Marc Chagall (1887–1985) and Guillaume Apollinaire (1880–1918). That is why his work changed around 1910 and Filla inclined towards cubism. During World War I Filla lived in Holland. There he met the painters Theo van Doesburg (1883–1931) and Piet Mondrian (1872–1944), with whom he co-operated in publishing the first issue of their magazine titled De Stijl (1917). Between 1919 and 1920 Filla engaged in politics, helping to establish and later head the Czechoslovakian Embassy in the Hague. The portrait of A Woman with a Fan is a textbook example of the analytical approach to the portrayed subject. The half-figure of the woman is seen from many angles. The face not only has crystalline faceted parts, but one eye is completely outside, on the right of the head. The torso is divided into the forms of stereometric solids. The flower at shoulder height is fragmented into small cubist elements. The book in the figures hand is open to several pages at the same time. The painters view includes the immediate surroundings of the figure. The walls break around the figure in vertical plans, some even permeate the figure. The overall impression, however, is not fragmented; the painting is a composition full of plastic volumes and delicate shades of earthy colours.
Štěpánka Bieleszová 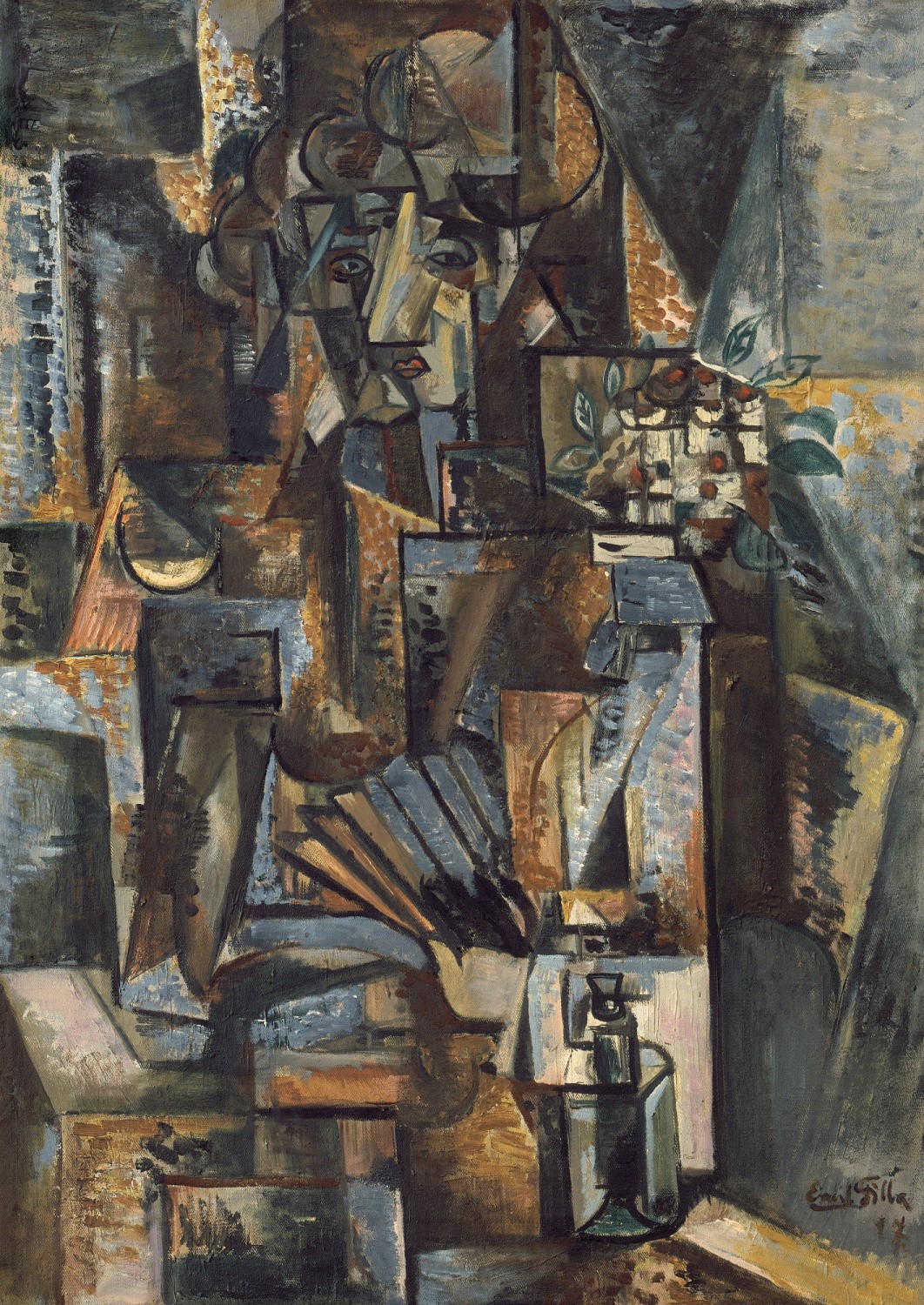