The painter and his model, also an excellent artist, were bound by a deep friendship that was broken only when one of them died. Kubišta died in November 1918 of Spanish flu. However, their friendship was very short as the period of their intense meetings lasted a little over a year (autumn 1911 to spring 1913) when Kubišta, for existential reasons, became an artillery officer at the fort of Pulja. Then World War I broke out and the artists only met twice more. The second meeting, a few days after the war, was the last one. Kubištas correspondence from the war has been preserved. When reading the letters you almost become an intimate witness to their extraordinary relationship. They were full of reverence and respect for each other’s work. The period when the two young artists met on an almost daily basis was extraordinarily significant and fruitful for both of them.  Jan Zrzavý (1890–1977) painted his Sermon on the Mountain (1912), Melancholy and his Still-life with Lilies of the Valley (1913), while Kubišta, defying the existential hardships, closed his peak period with a great number of paintings. Among the crucial works is the very impressive Portrait of Jan Zrzavý. His strict composition underlines the concentration and gravity on Zrzavýs face. Kubišta didn’t just depict Zrzavý as his thoughtful friend, but he also tried to express his fixed idea of an artist-thinker in the portrait. Thus the supra-personal level pervades the personal level: "The centre of the painting is the head, squeezed into a set of triangles complemented by a symbolic pentagon, the perimeter of which is the same as the width of the head. The number five connected with the masculine principle has been linked to the saviour since ancient times, Zrzavý being a saviour for Kubišta, figuratively speeking." (Mahulena Nešlehová: Bohumil Kubišta, Prague, Odeon, 1994). The half figure of Zrzavý is penetrated with a colourful aura created by a very suggestive orchestration of yellows and blues. As a contrast to the figure of Zrzavý, in the background on the right, the painter placed a still-life with a drapery which is rendered in a soft, very refined chord of browns and greens. Here we can see that Kubišta perceived colour as the carrier of symbolic contents which, for the uninformed spectator, may only be partly understandable. The yellow radiating from Zrzavýs head symbolizes the idea of the absolute, supported by deep blue, which changes when in contact with the yellow into shades of spectral greens, adding an almost mystical air to the figure. The scale of browns used in the still-life refers to the dualism of worldly existence and the liberty of thought. The symbolic use of colour applied with supreme assurance by the painter, hand in hand with the mathematically elaborate composition, makes this portrait of a friend one of unusual beauty, albeit quite restrained on first sight.
Ladislav Daněk 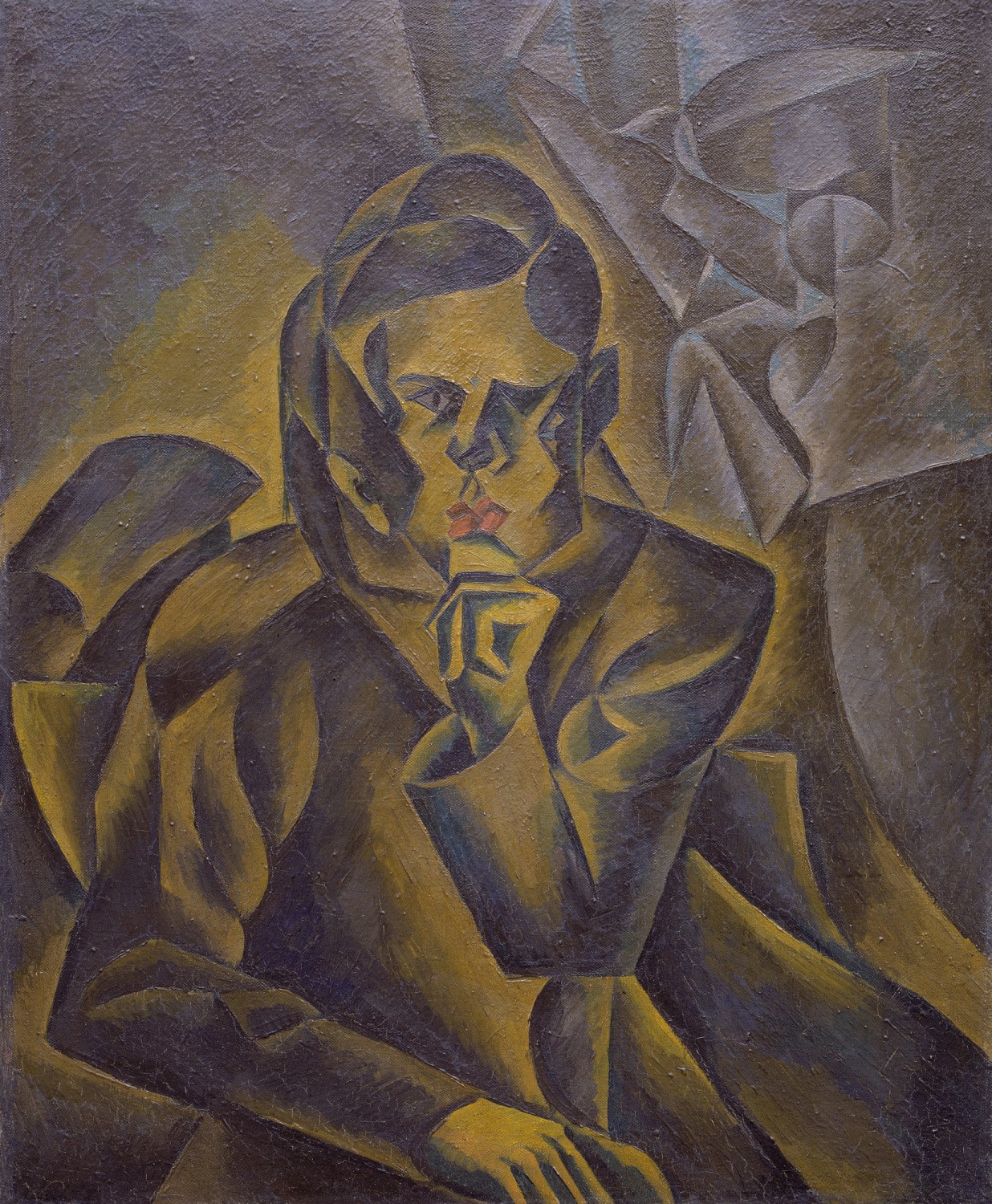