The composition for two pianos/cembalos has two parts, Larghetto and Allegro. The first part is entirely Mozarts manuscript, with a few bars by him in the following Allegro part, but the rest was written by Maximilian Stadler. Originally the manuscript was registered in the Kroměříž archives as a composition by Christoph Willibald Gluck. This came about as a result of some confusion regarding a note "Ritter Gluck" had written in pencil on the score. After Mozart’s death the manuscript of the unfinished piece for two pianos remained in Vienna with his widow Constanze Mozart. Georg Nissen (a Danish diplomat and music historian who later married Constanze Mozart and was the first biographer of W. A. Mozart) helped the widow organize Mozarts music estate and invited Abbé Maximilian Stadler, a composer and music historian, to co-operate with him. Stadler completed several of Mozarts fragments, including the composition for two pianos. Originally the piece was composed as a Trio for piano, violin and cello. Stadler crossed out the title and titled it Sonata for Two Pianos. When Constanze sold Mozarts manuscripts, the sonata was probably in Stadlers possession. Stadler was in contact with many composers, such as Ludwig van Beethoven, Rudolf Jan, and later with the Archbishop of Olomouc, not only sponsor and student of Beethoven, but also a composer, pianist and music. Stadler gave the Archbishop his composition for the piano in 1818, dedicating it to him (probably this piece), and for this he received a gold snuffbox from the archduke. Stylistically the composition is placed in 1781. In Mozarts letters it is mentioned as Concert auf 2 Clavier or Sonata auf 2 Clavier. In one of his letters dated the 24th of November, 1781 ein Sonata zweyen is also mentioned. In the Kroměříž collection it is found in Rudolf Jans music collection.
Jitka Kocůrková 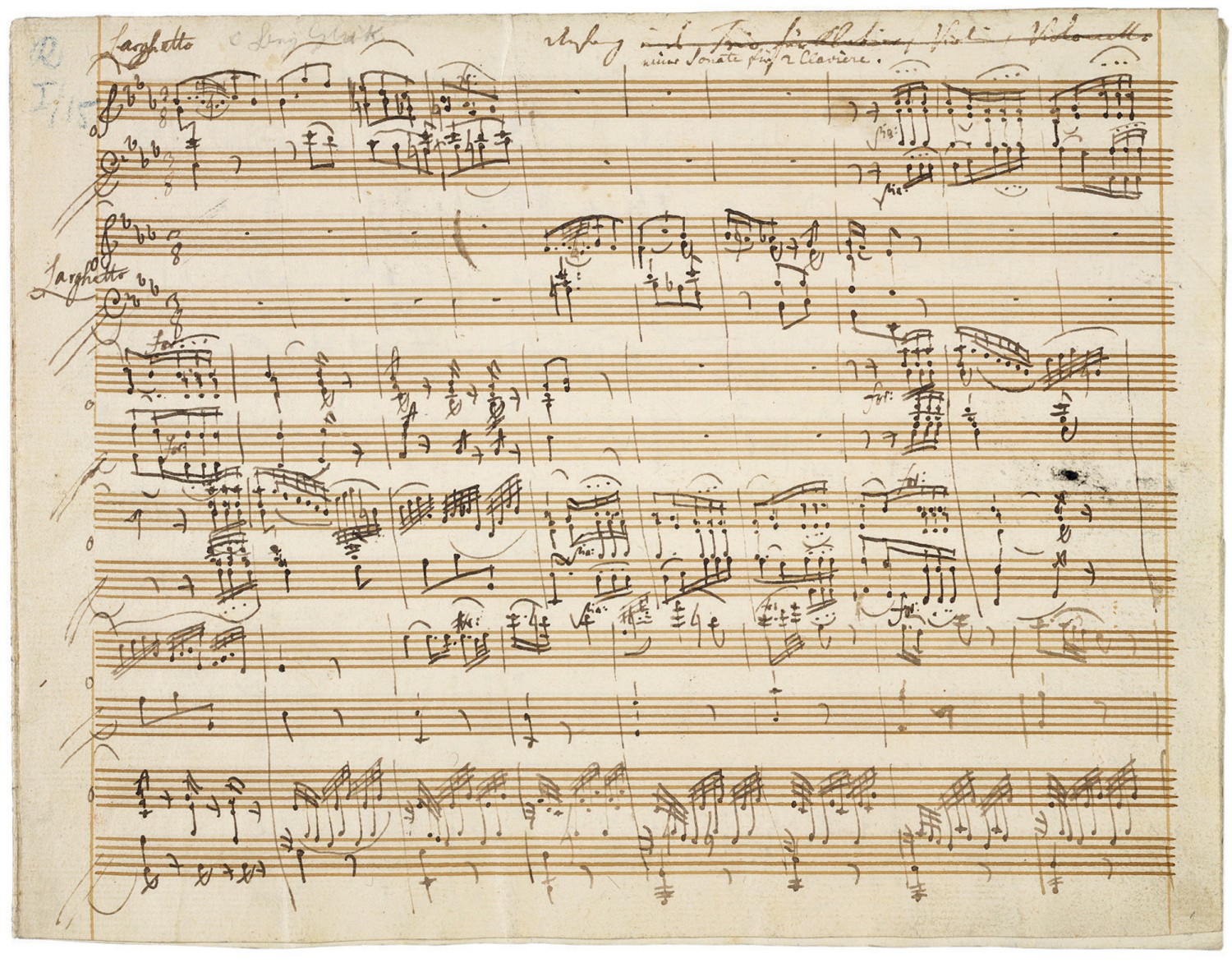