Biber studied in Vienna under J. H. Schmelzer and under his guidance he became an excellent violinist. Many of Bibers compositions are technically difficult and impressive. From 1668 he worked at the Kroměříž court as a valet and a musician in the celebrated court band. However, the local cultural and artistic scene and his financial situation forced Biber to move to Salzburg. He continued to send Bishop Karl II von Liechtenstein-Kastelkorn his compositions and even some of his autographs. In his compositions Biber often set natural motifs to music, as well as the sounds of battles and other fascinating themes. Battalia is a sonata for 10 instruments consisting of several descriptive parts (a battle, a battle’s roar, drunken musketeers, a march, a lament over dead soldiers). On the cover of the autograph, Biber made notes on how to play the piece and gave suggestions on how to make certain sounds.
Jitka Kocůrková 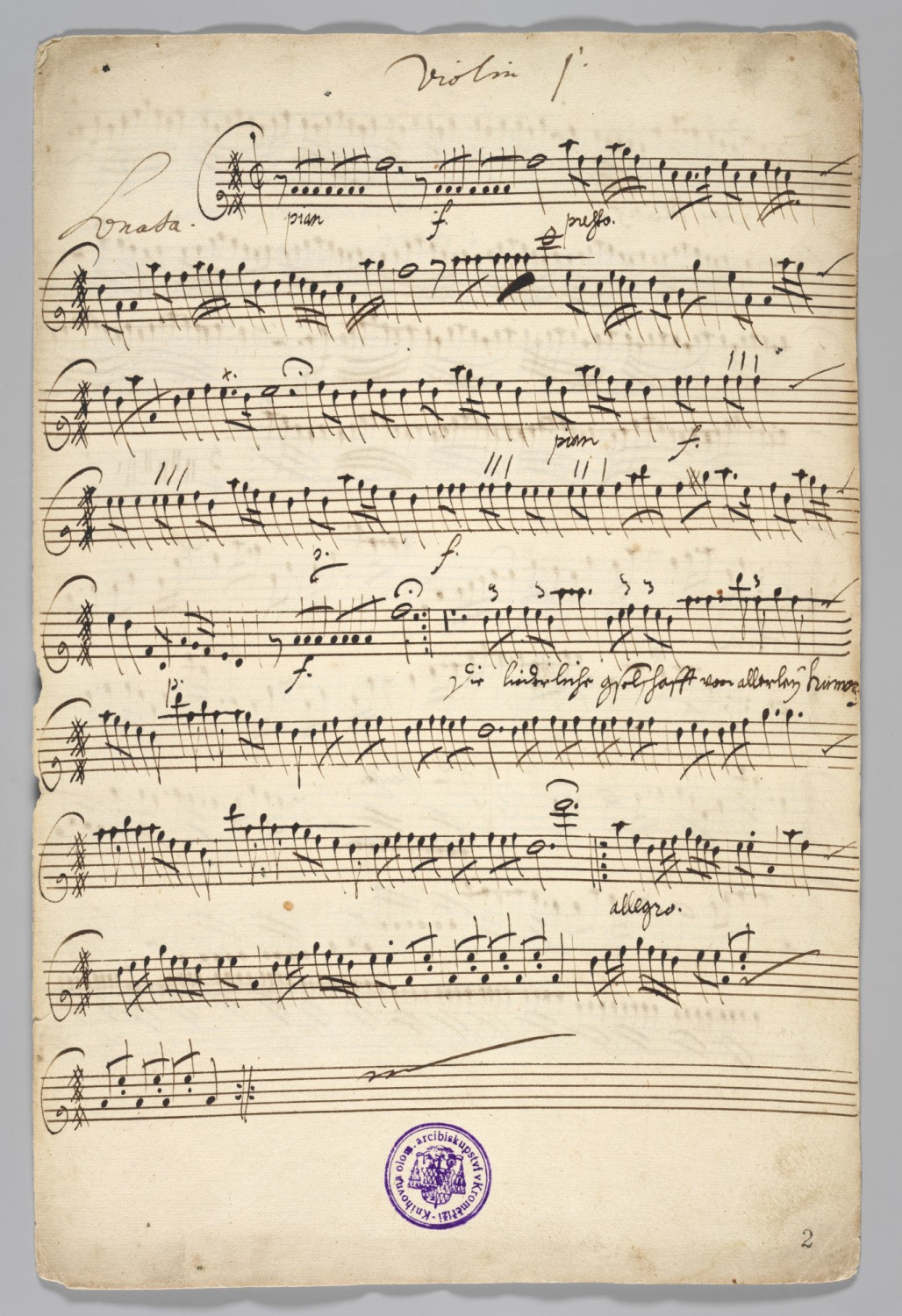