Dezider Tóth is an example of a conceptual artist whose personal poetics are intuitively classified as part of the rich tradition of visual poetry, and connected with the creative expressions of the Fluxus movement. Tóth concentrates on the issues of word and image, intentionally entering the sphere of language from the position of other media. The result is an inventive play with concepts, lyrical humour and metaphors which shift his works significantly beyond the narrow horizon of a particular moment or a limited context. In 1997 Dezider Tóth took the pseudonym of Monogramista T.D., which can be understood as another attempt to puzzle his audiences.

A cycle of serigraphs Názorné pomôcky / Visual Aids was created between 1976-1977 consisting of six boards illustrating a particular semantic paradox: e.g. Tab. II depicts silhouettes of butterflies, all marked with concrete, absurd metric data (e.g. 2kg), Tab. VI consists of silhouettes of birds with distance data and Tab. I above depicts a series of eggs marked with different numbers of question marks which probably express the uncertainty of their contents. 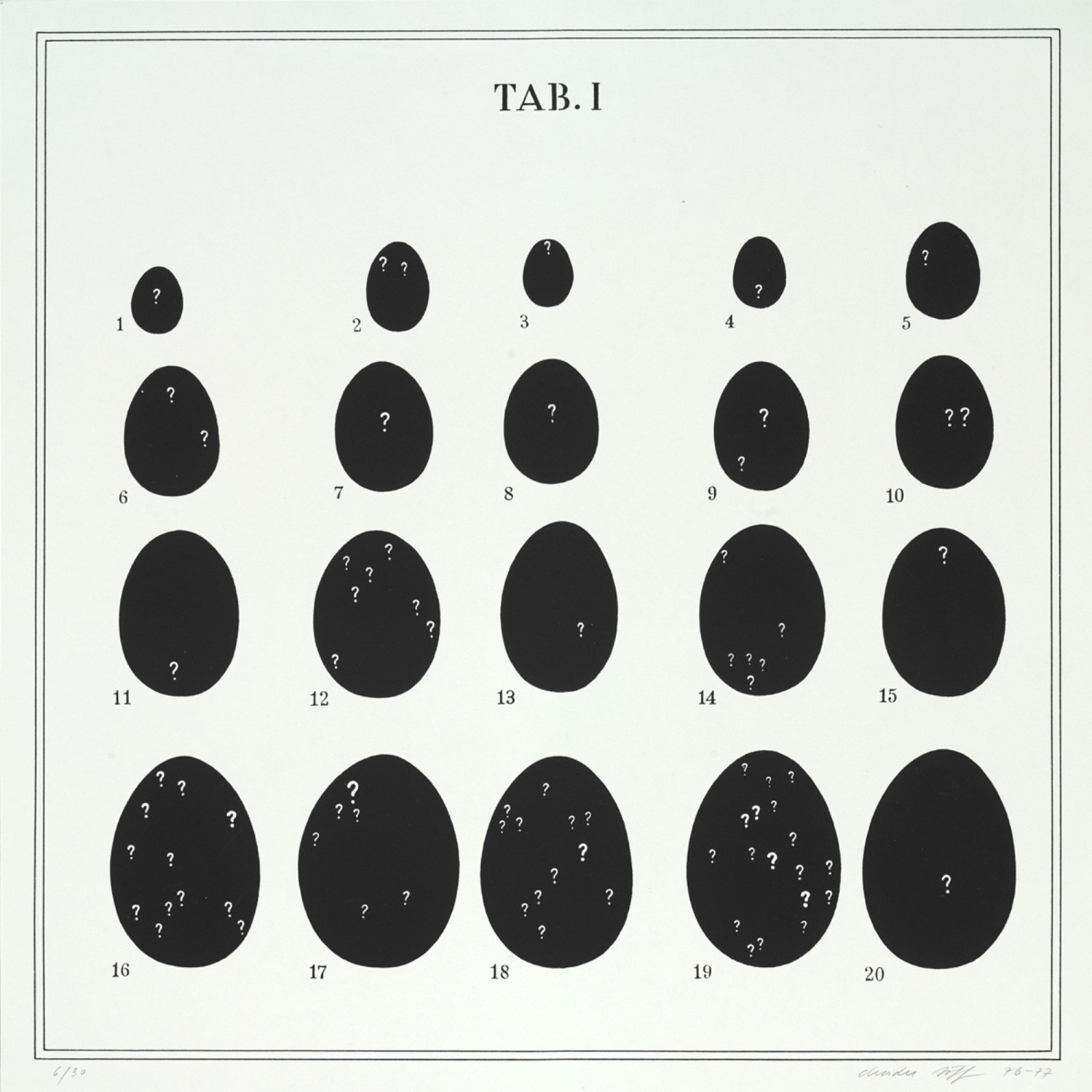