Sitting Prophet and an Angel, 1516

Probably the most famous drawing of the collection of Kroměříž is a sketch for the figure of the prophet in the right spandrel above the lunette in the Borgherini Chapel of the San Pietro in the Montorio Church in Rome. The decorations were commissioned in 1516 by Piero Francesco Borgherini. The central image depicts the Flagellation of Christ, over the lunette with the scene of the Transfiguration of the Lord, the scene being complemented with two prophets placed in the spandrels.

The author of the drawing, Italian painter Sebastiano Luciani detto Sebastiano del Piombo studied painting in the workshop of Giovanni Bellini in Venice where he encountered Giorginos work. In 1511 he went to Rome. From 1531 he worked as the sealer of briefs at the papal court, hence his agnomen del Piombo. His Venetian sensitivity and the inspiration of Raphael and Michelangelos works resulted in a distinctive form of mannerism in Piombos work. In the drawing of the Sitting Prophet with the Angel we can see traces of the influence of both artists mentioned above. The figure is partially based on Michelangelos Prophet Joel on the dome of the Sistine Chapel. Of Raphaels work, he was influenced by frescos in the Chapel of Chigi in the Santa Maria della Pace Church in Rome, in particular by the figure of Sibyl off to the left side of the chapels arch. Raphaels influence is also evident in the elegant posture of the angel, whose right leg is crossed over the left one, so the figure narrows towards the heel (compare Raphaels St. Catherine, London, National Gallery). 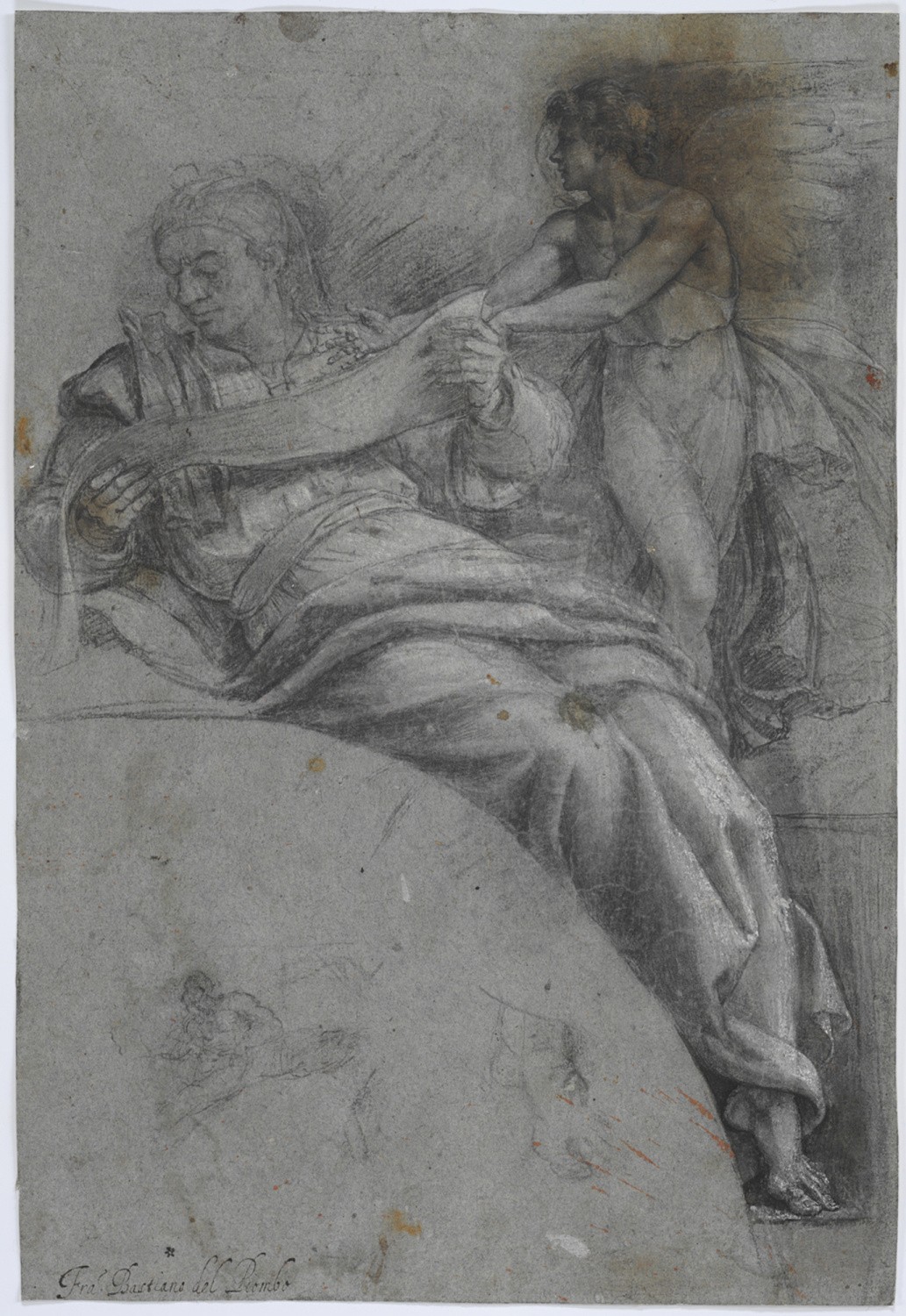 Sitting Prophet and an Angel, 1516
Related