The artistic legacy of František Janoušek is not vast. His peak work based on cubism and primarily on surrealism was created over a span of fifteen years. In spite of that he is one of the classics of Czech Modernism. Beginning with the legendary exhibition titled Poesie / Poetry 1932, František Janoušek was present at all major exhibitions of Czech art. In his work, drawing has a prominent position, created along with his painting work and usually having an autonomous position. The work in the collection of the Olomouc Museum of Art titled Varianta k Večernímu máji / A Variation on the Evening May, is one of Janoušeks peak works. Similar to the large painting titled Večerní máj / Evening May (1936), the theme is aggression and its helpless victim. The theme is related to the growing tension in Europe, amplified by the artists shattering experiences from the World War 1 battlefront. The intensive imagination originating in the authors existential feelings was present in his work during the last six years of his short life. 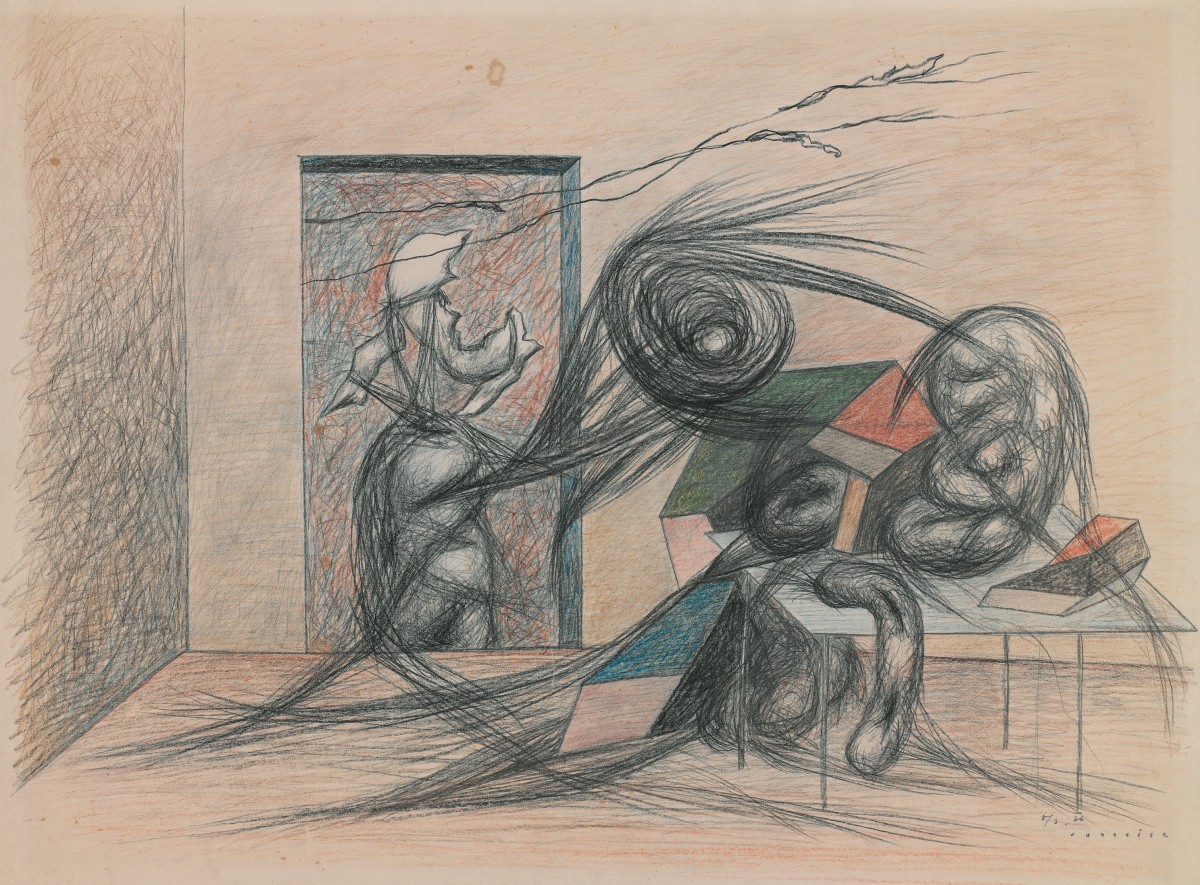 A Variation on the Evening May, 1936
Related