Preissig, Vojtěch. Once Upon a Time There Was a House.

In the 19th century the development of the book as a full-bodied synthetic work was significantly influenced by William Morris, an Englishman who reflected his desire for renewed harmony through bookbinding. In the Czech context, his influence is clearly visible in the works of Vojtěch Preissig, who perfected the concept of a book as a work of art. Preissig learnt to work with typography. As a typesetter he learnt printing during his studies in Paris. In his studio in Vinohrady he had a small print shop and he realized that print is the essence a beautiful book. In Vinohrady he printed, in two colours, the first edition of his own technical notes in the book titled Barevný lept a barevná rytina / Coloured Etching and Coloured Engraving. The printer Karel Dyrynk valued Preissing highly, praising him in his book Typograf o knihách / Typographer on Books, while criticising the book production of that time in general. He describes Karafiáts Fireflies (picture no. 8) in Preissigs rendering as follows: "This is the first modern, stylish and beautiful Czech book, cohesive from the half-title to the final point. In the book, rich in decorations, the text does not fade, and the ornaments are unified (sic!) by repeated occurrences of the same motif... Such care for the decorations, in particular the inside pages of the book, is typical of Preissig as a typographer, and it is conspicuous at a time when a book with a decent layout without a drawing on the cover will almost be a rarity." Apart from the illustrations for the Fireflies, Preissigs most important feat in the area of childrens books was his book titled Once Upon a Time There Was a House, which he both wrote and illustrated. 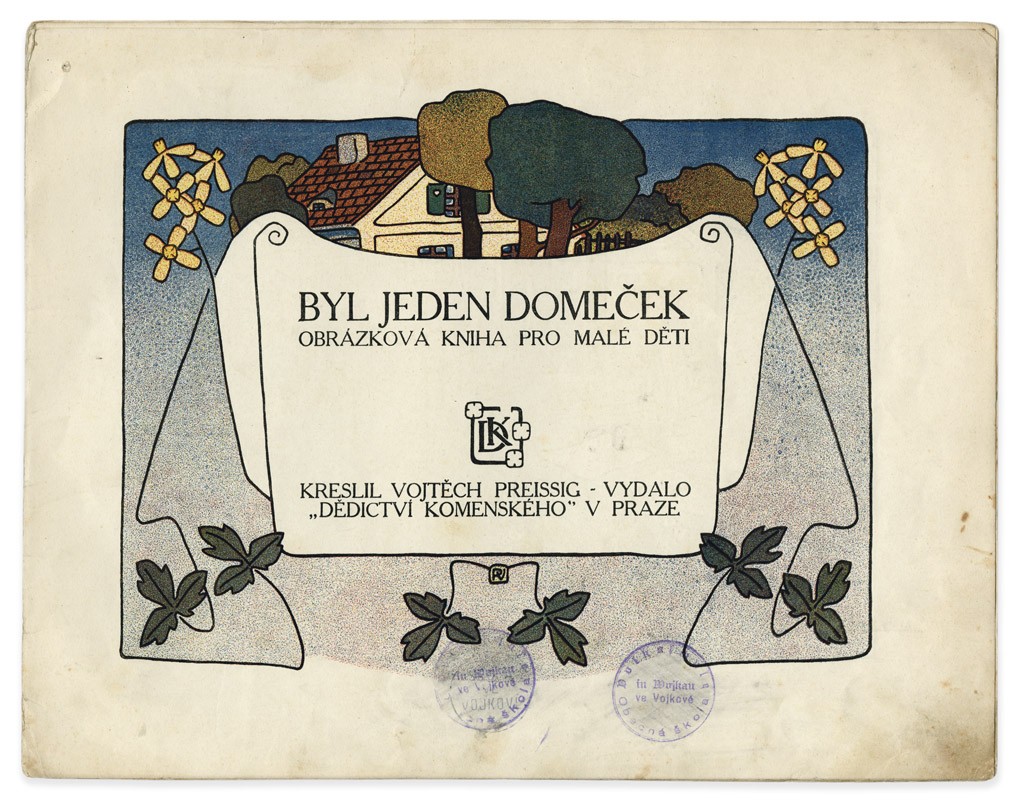 Preissig, Vojtěch. Once Upon a Time There Was a House.
Related