In her book Scratchiti, Slávka Paulíková has achieved an arresting rendering of current phenomena and new art expressions in the form of an authors book.

The authors book Scratchiti is one of the works Slávka Paulíková created during her studies with doc. Jiří H. Kocman at the Department of Paper and Book in the Faculty of Fine Arts in Brno. The book deals with writing, a phenomenon that has a strong impact on Paulíkovás authors books. The majority of her authors books have been created after Scratchiti focused on the history of writing, the creation of writing and the visual form of writing.

Her original idea in Scratchiti was the creation of writing inspired by street art called Scratchiti. Scratchiti is a street art technique consisting of scratching characters – letters, with a sharp object on plexiglass or on any material similar to glass in public areas. The type used for the book was based on photographs of Scratchiti taken in different public places. Subsequently, with the help of a computer programme for the digitalization of script, the author digitalized the basic letters of the alphabet. In this original alphabet the author described the history of Scratchiti. Thus the book is a visual documentation of the creation of the type in which the book is set. The influences of street-art graffiti and urban visual culture in the form of an authors book, meet here.

In her work the author documents the contemporary phenomenon of "street art" graffiti and scratchiti in an original way, providing clear evidence of the currency of the records of the surrounding events in the form of an authors book. 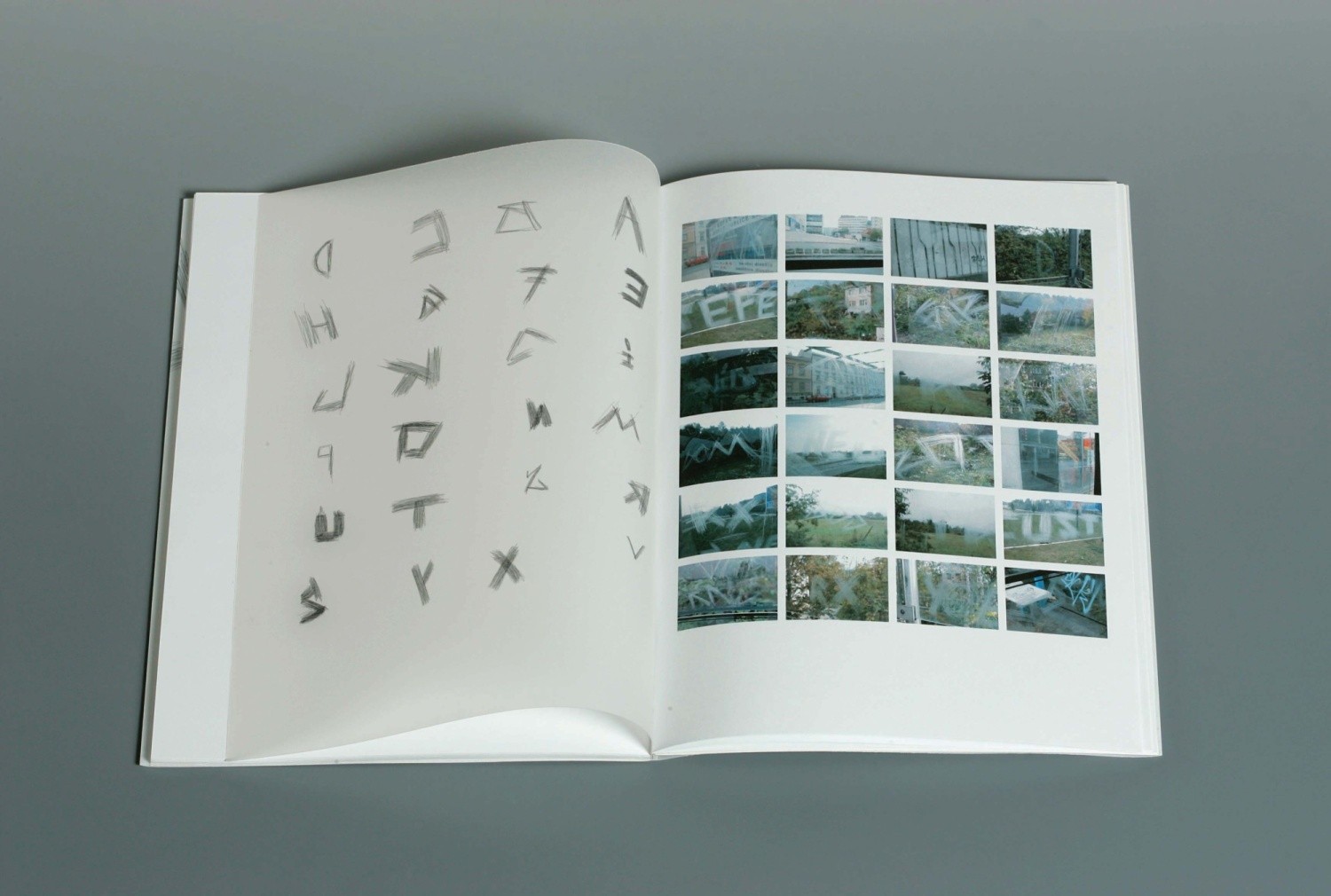