Since 2006, the Olomouc Museum of Art has periodically received authors books from the publishing house of Rainer Pretzell, the founder and owner of Rainer Verlag.

Rainer Pretzell (* 1939) was born in Berlin and is a publisher and printer. He has been a significant figure in the literary and cultural scene of Berlin.

More than a hundred titles published by Rainer Verlag, written not only by German, but also by Czech, Polish, Austrian, Hungarian, Swiss, Dutch, British, American and French authors, have considerably enhanced Berlins reputation as the greatest European cultural centre between Paris and Moscow.

Since the 1960’s authors books, and not only Pretzells, have become a unique means of communication in a social climate inclining to the democratization of art and of life in general. A special kind of alliance emerged between artists, book authors, readers and propagators, often all in the form of one person.

During the years of its existence (1966 - 1995), the Berlin publishing house Rainer Verlag was one of the most prominent publishing houses of authors books in general, and in its creative and experimental approach, it was sought after by authors whose names are particularly significant in modern art and authors books – Dieter Roth, A.R. Penck, Emmett Williams, Marcel Broodthaers, Ann Noël, Endre Tót, Jan Voss, Martin Rosz, Max Ernst, Ben Vautier, Damien Hirst and many others.

The exceptional position of authors books created in Rainer Verlag, the high quality of typography and images of which, as well as the fact that they are still sought-after by collectors from all over the world, is not only due to the perfection of the printing craft of "Master Pretzell". It reflects the importance of personal creativity, the bold experimentation of a man who, apart from mastering the techniques, loves literature and art above all. Rainer Pretzell is more a creative artist than a master of print.

The work of Rainer Pretzel was aptly evaluated by American poet Emmett Williams (1925 - 2007): "When historians and archivists research the legacy of Rainer Verlag, they will not only find a circle of (important) writers and artists, or a specific style or movement, but a true intersection that emerged in European art and writing during the life span of this publishing house."

Due to their significance, the donations of Rainer Pretzell form a separate part of the authors book section in the Olomouc Museum of Art. 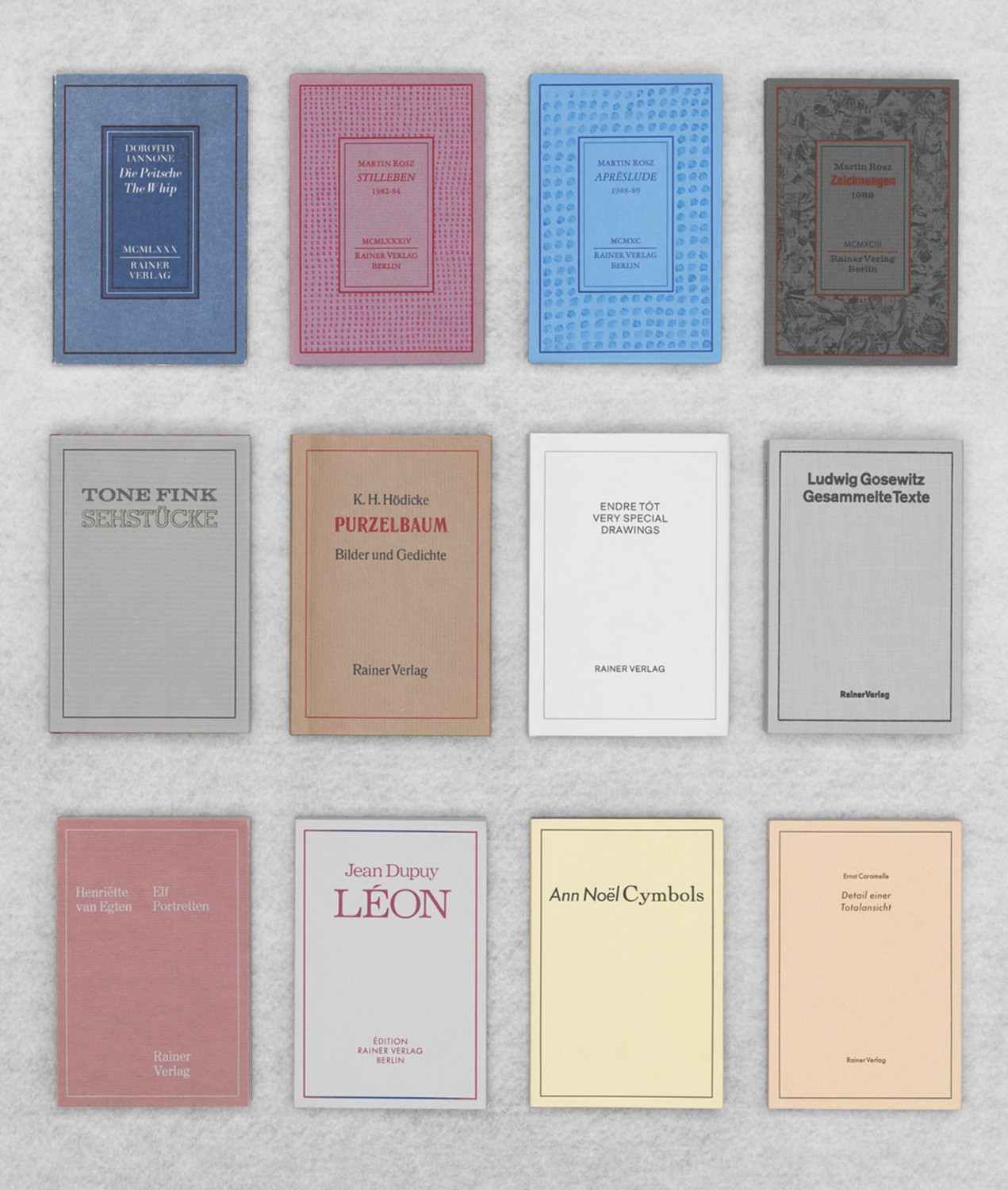