This incunabulum represents a new concept in renaissance prints from northern Italy. It is a medical book from 1500, printed in the Venice workshop of brothers Giovanni and Giorgio dei Gregoria. This edition was preceded by two earlier releases in 1491 and 1493. The text of the first edition was ascribed to Johann von Kirchheim, a Viennese physician whose surname was distorted to "de Ketham" by the Italian editor. In the second edition in Kroměříž library  the name "Ketham" is not mentioned. The work is accompanied by six full-page illustrations of wood engravings that are interesting for their artistic quality as well as their documentary value. The title composition depicts Petrus de Montagnana, a medical teacher from Padua, sitting in his study - probably copying or translating texts by old medical authorities. Their publications can be seen in the rack above him; the Greek and Roman classics (Aristotle, Hippocrates, Galen) as well as their Arab counterparts (Ali Abate, Rhazes, Mesue and Averroes). Avicennas work was considered to be the synthesis of these books, which is why it is placed in the centre. The modest and elegant wood engravings were created by an unknown author who was probably from the inner circle of the Bellini family or belonged to a workshop where the famous illustrations of Francesco Colonnas Hypnerotomachia Poliphili were created. Fasciculus Medicinae is the first illustrated printed edition of a medical book. 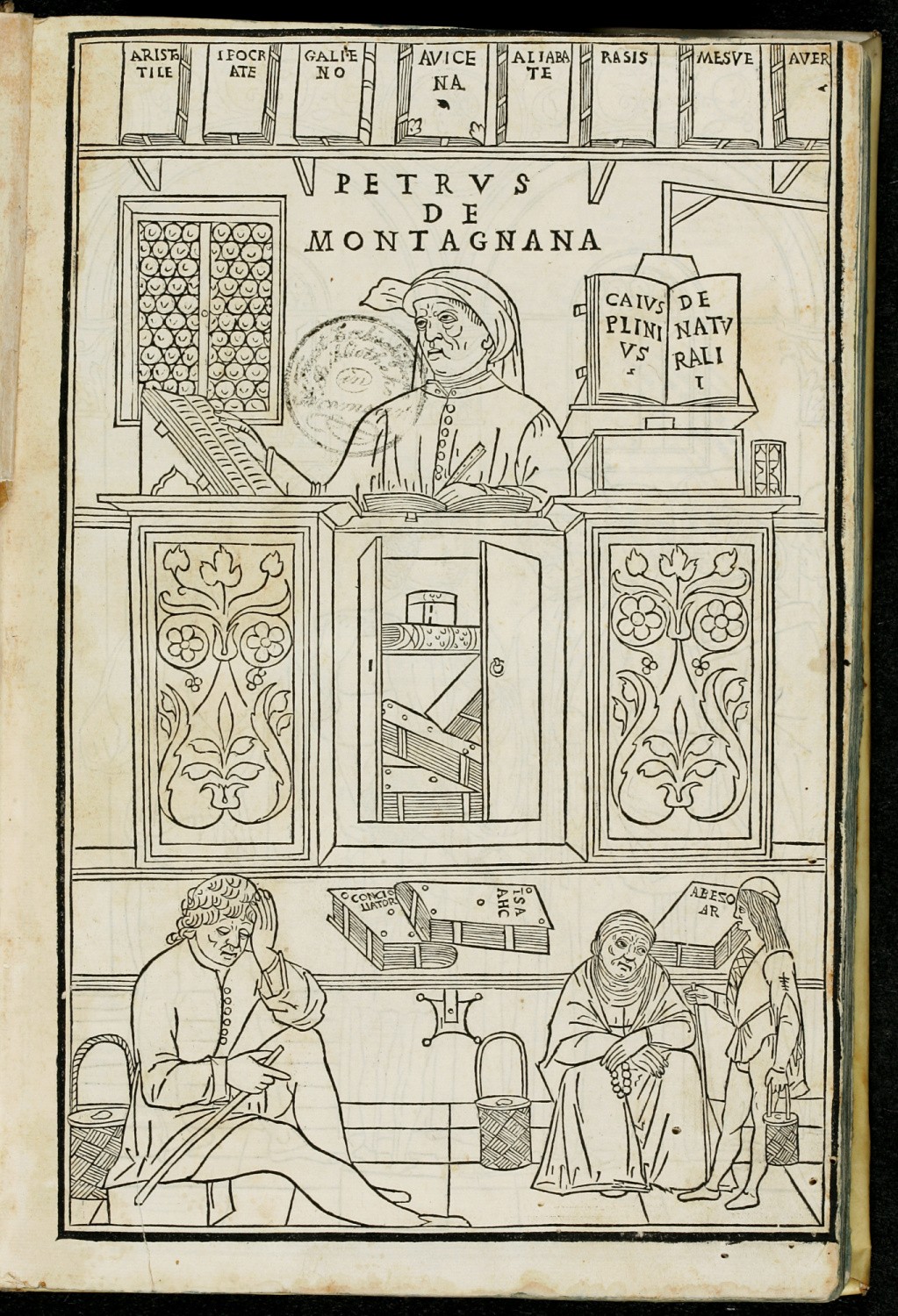