Johann Baptist Hacque (1634–1678), a Viennese publisher of Flemish origin, was active in the capital of the Habsburg monarchy from the beginning of the 1660s. He was one of the most prominent and influential publishers in Central Europe in the second half of the 17th century. Besides a prestigious commission for the compendium Historia di Leopoldo Cesare, he published weekly newspapers in Italian and Latin (Il Corriere Ordinario and Cursor Ordinarius). It is understandable that for co-operation, Hacque was able to choose from among a great number of Flemish artists working in Vienna in the 1660s and 70s. After Hacques death in 1678, the publishing house was taken over by his brother-in-law, Johann van Ghelen (1645–1721), with privileges granted by the emperor. In the same year he became the official publisher of the Vienna University. His son Johann Peter van Ghelen (1673–1754) and grandson Leopold van Ghelen (1708–1760) further developed the family business into the most important and privileged publishing house in Central Europe.

The work on this extensive book by Galeazzo Gualdo Priorato (1606–1678), describing the political and military successes of Emperor Leopold I between 1656 and 1670, combined the efforts of a whole generation of Flemish artists trying to get ahead in the capital city of the monarchy. However, there were not only Flemish artists (painters and engravers) co-operating on the celebrative book, there were also artists from Germany and Italy. The first and the second volumes were published in 1670. The third volume was published in 1674. They mainly contain portraits of European monarchs and important aristocrats, castle scenes, battle scenes, maps and ceremonies. The authors of the majority of the engravings and their models were Dutch artists Cornelis Meyssens, Frans van der Steen, Jacob Toorenvliet, Gerard Bouttats, Adriaen van Bloemen, Jan de Herdt, Frans Geffels, Sebastian van Dryweghen; German artists Moritz Lang, Johann Martin Lerch and Johann Holst; and Italians Il Bianchi, Marco Boschini and Leonardus Hen.t Venetiis. The matrices for the graphic accompaniments to Historia di Leopoldo Cesare were also printed in other publications and distributed in the form of free sheets. Only the context in which the sheets were presented changed as well as the details of the margin decoration and legends (registers). In the Czech environment, almost identical pages emerged in the book by a Prague lawyer writing in German and a syndic of the Lesser Town of Prague, Johann Jakob Weingarten; Fürsten Spiegel oder Monarchia deß Höchlöblichen Ertz-Hauses Oesterreich, published in Prague in 1673. 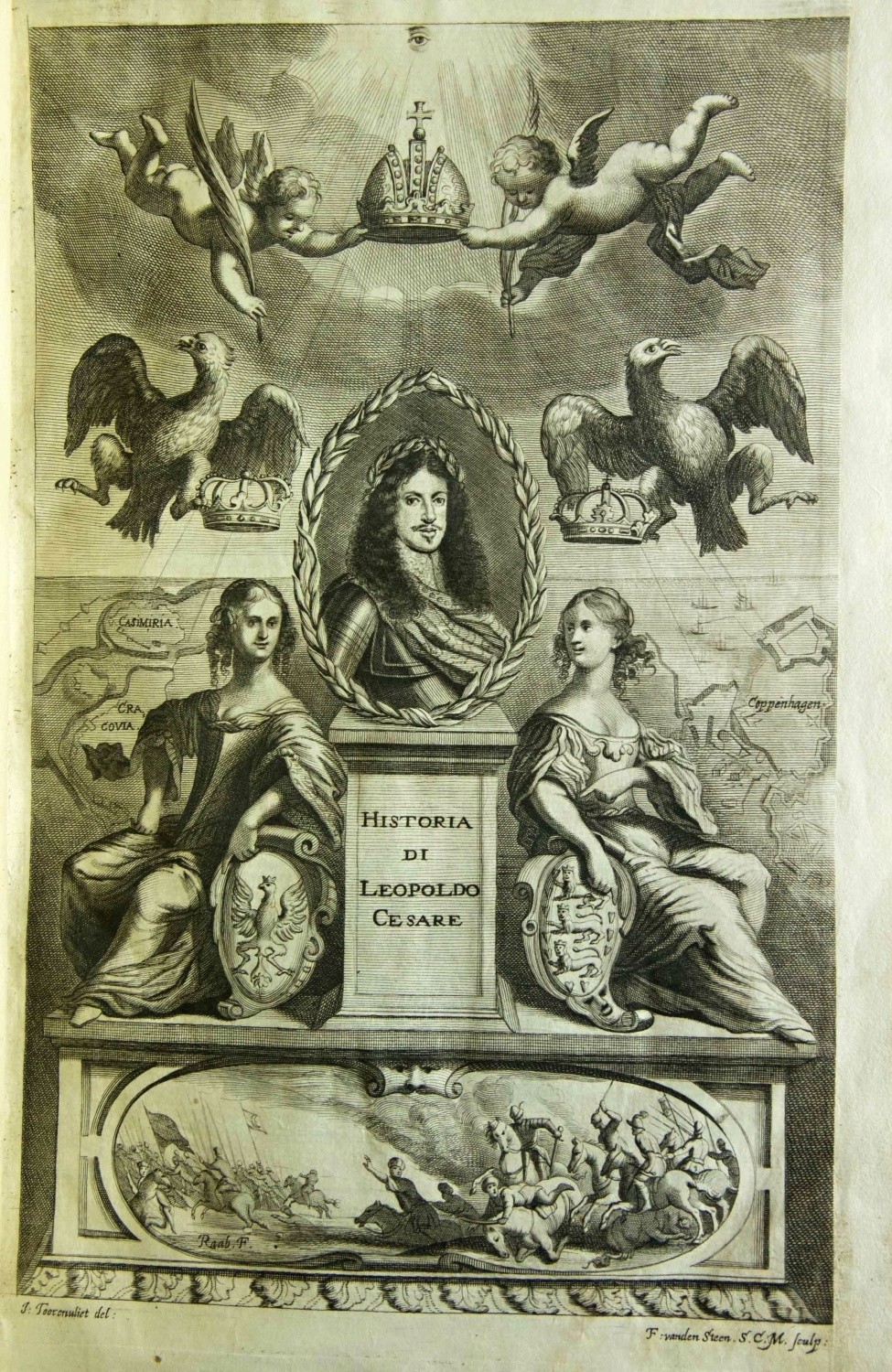 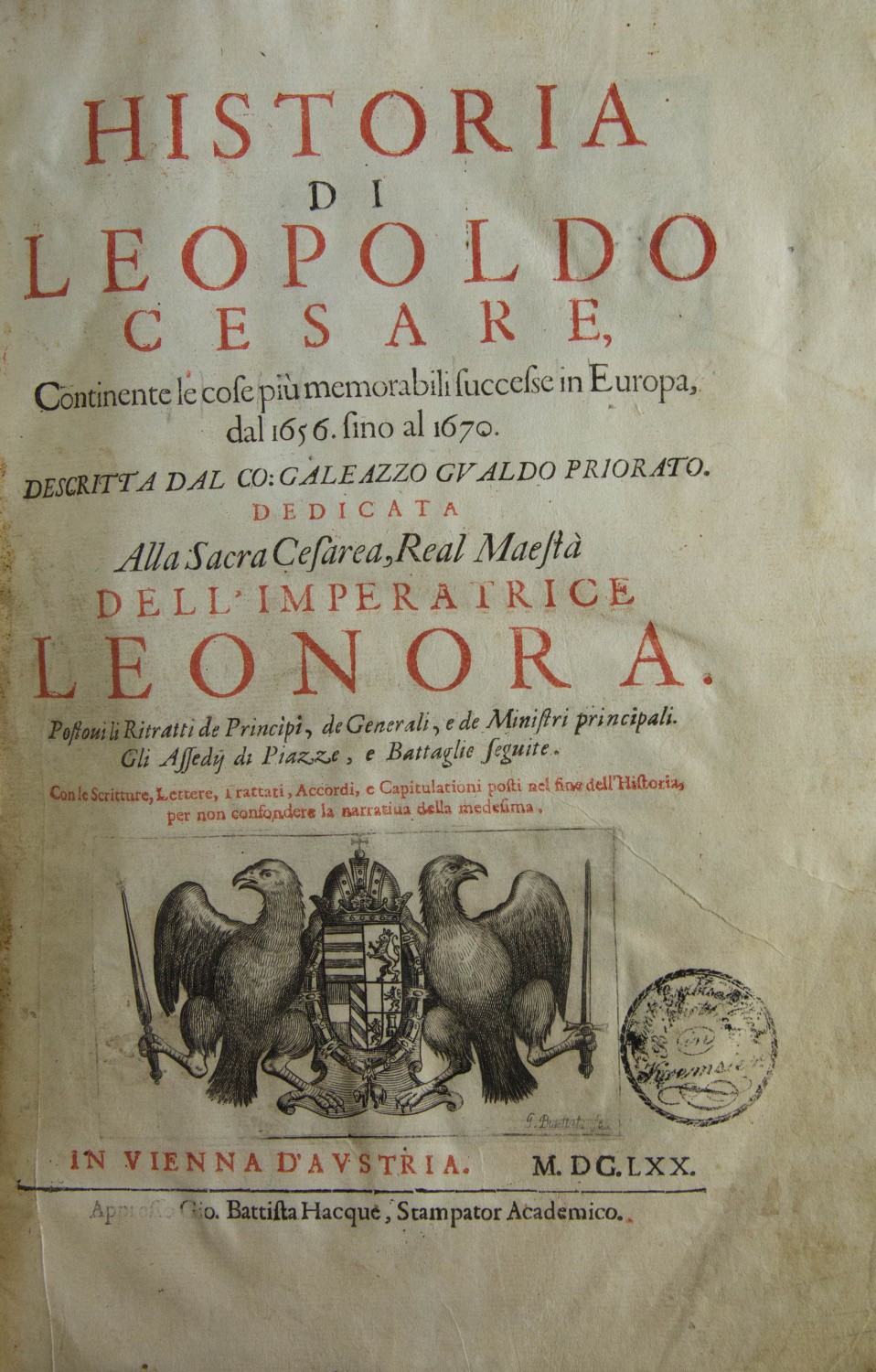 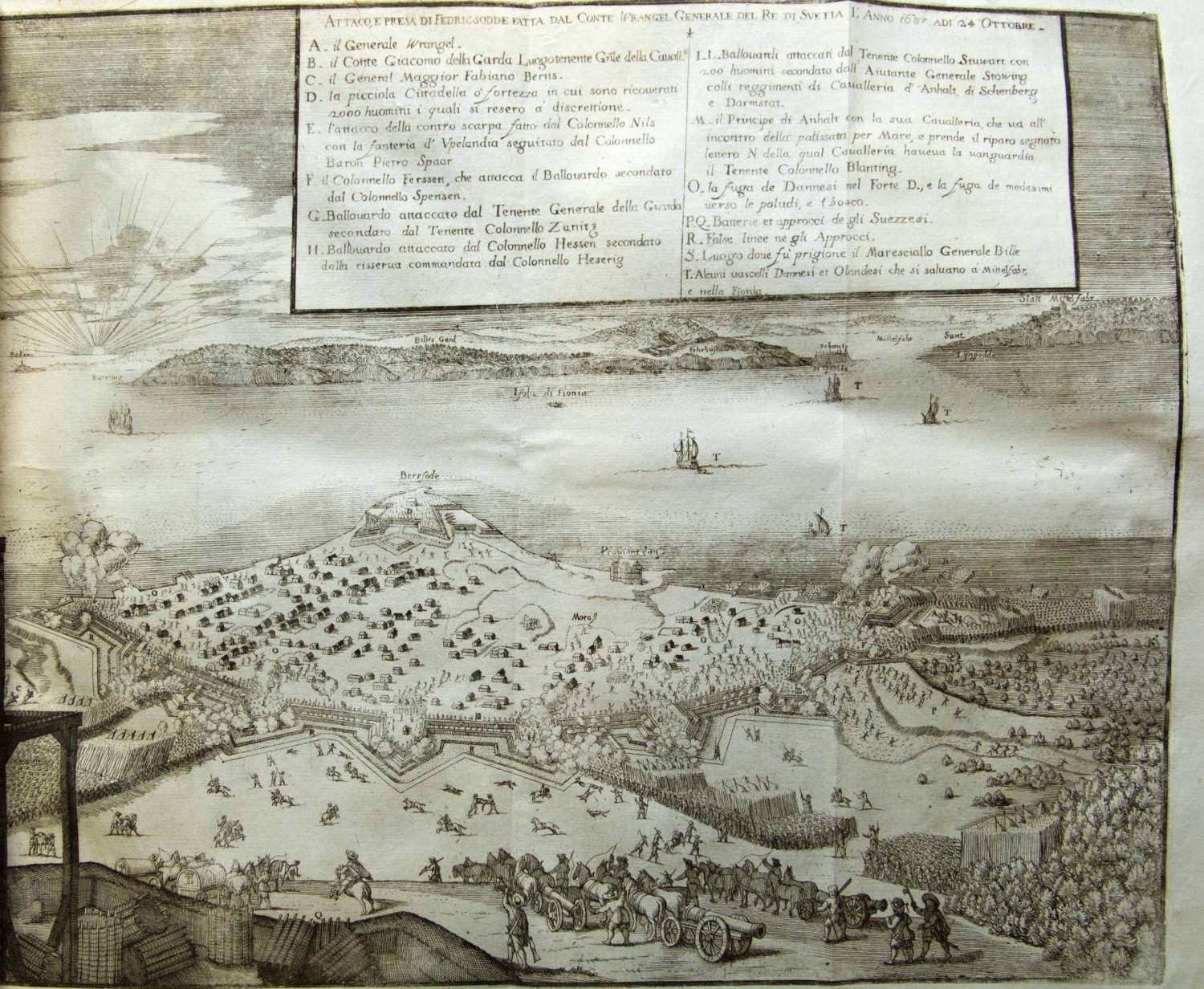