The Bible written by the scribe Duchek, also known as Skalická, is written in Czech bastarda. It is the second edition of the translation of the Bible into Czech. Its cover page is decorated with seven medallions, representing the individual days of Creation, and asymmetrically divided into two columns. The bible is also decorated with 30 figural and 38 ornamental initials. The decoration is completed with vertical floral decorations from which foliage ornaments are sprouting, complete with blossoms and gold drops. The beginnings of the text of some of the books are done in chrysography (gold letters). Drawings of busts are contained in some of the initials, such as those of David and Alexander the Great on fol. 114v a 367v, and resemble those on manuscripts created in the 1430s in the Prague painting workshop influenced by the work in the Master of Mandevilles travelogue. In some of the illuminations in the Ducheks Bible, a colourist effect is used, consisting of a narrowing of the colour scale, characteristic of the works of this master (e.g. the illustrations of the travelogue of John Mandeville, 1410–1420, London, British Library). The types of figures used and many of the ornamental elements resemble the works of another painter - Master of the Krumlov Speculum (e.g. Prist Michals Bible, 1423, Prague, National Library). All of the facts above suggest that Ducheks Bible was probably created in Prague. It is dated and the author was verified by the colophon attached to fol. 495v. On the opposite page under the paper cover is the imprint of the seal of the town of Čejkovice from 1629. 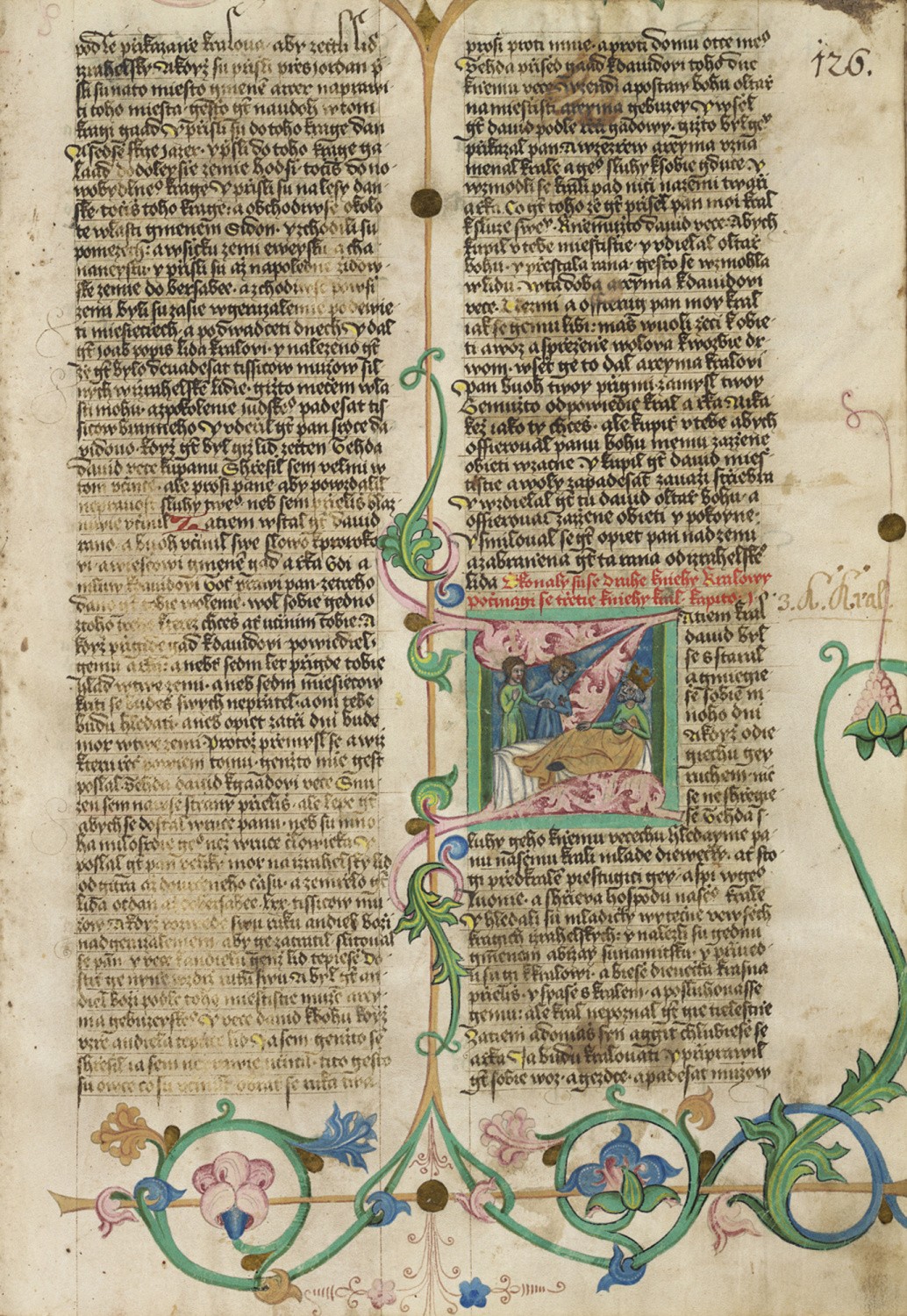 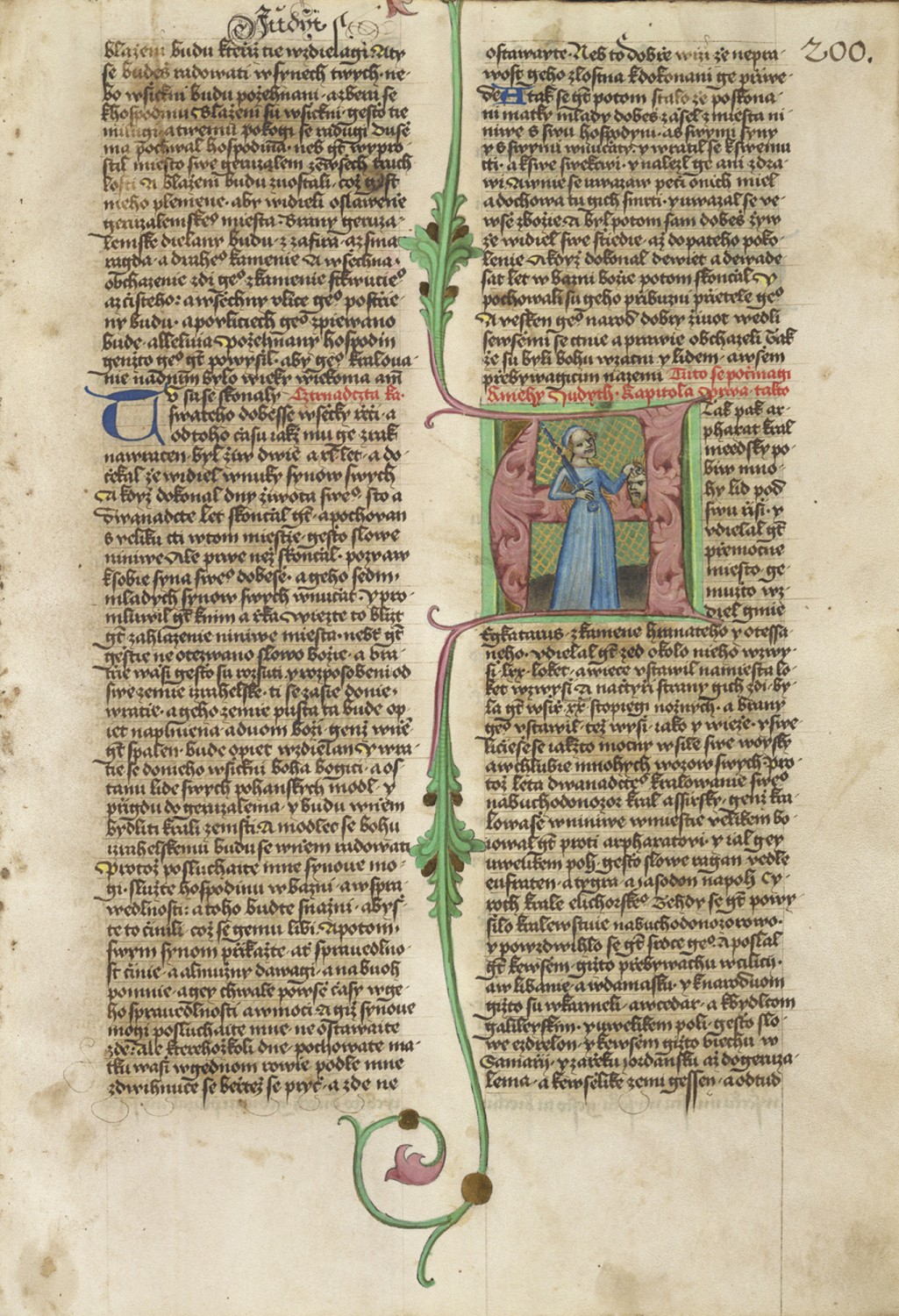 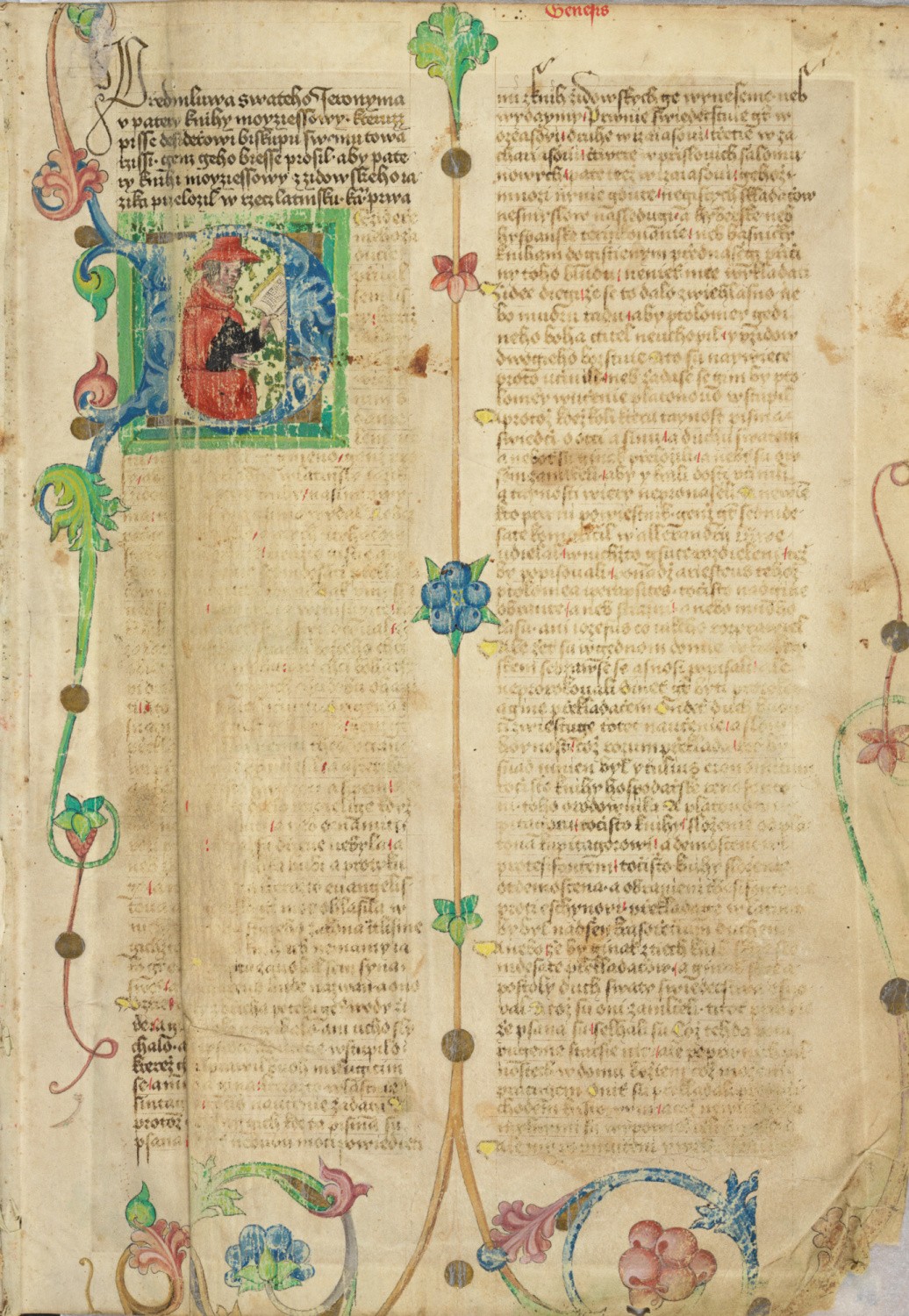