The Koran is the holy book of the religion of Islam. According to Muslim tradition, it was revealed to the prophet Muhammad, who probably lived from 570 to 632. Individual words were allegedly dictated to him by the Archangel Gabriel and the Koran, according to Muhammad, is the image of the uncreated word of God; the Heavenly Book (Umm-al-kitáb), existing eternally. Muhammad passed on the revelations he received by word of mouth for 23 years. The Koran as a book was only created later thanks to the notes of Muhammads wife and his students. Its final form was set in the second half of the 7th century. The text is written in rhyming prose and is divided into 114 chapters called the suras. It is interesting that the suras are not arranged chronologically as they were delivered by Muhammad, but according to their length. The beginning of the Koran contains the longest suras, with the shortest at the end. The titles of the individual suras contain traditional information concerning the places where they were revealed to Muhammad and are divided into suras from his stay in Mecca or Medina. According to Islamic tradition, it was forbidden to translate the Koran to other languages or to publish it in print. That is why each Muslim had to know Arabic and it was considered meritorious to copy the whole text of the Koran. For the purposes of travelling, miniature versions of the manuscript were often made and they were protected by a case of stiff leather or metal. This small octagonal Koran is protected by two decorative cases - one of velvet, one of leather. Only the back half of the binding has been preserved, richly decorated on both sides. On the endpapers of the miniature manuscript white ornaments are painted on a blue background containing small flowers. The text was written by a lay scribe who did not comply with the standards of writing for the Koran or use any standard type of hand. It is unusual that there are many crossings out in the text and the scribe completely ignored the traditional division of the verses. 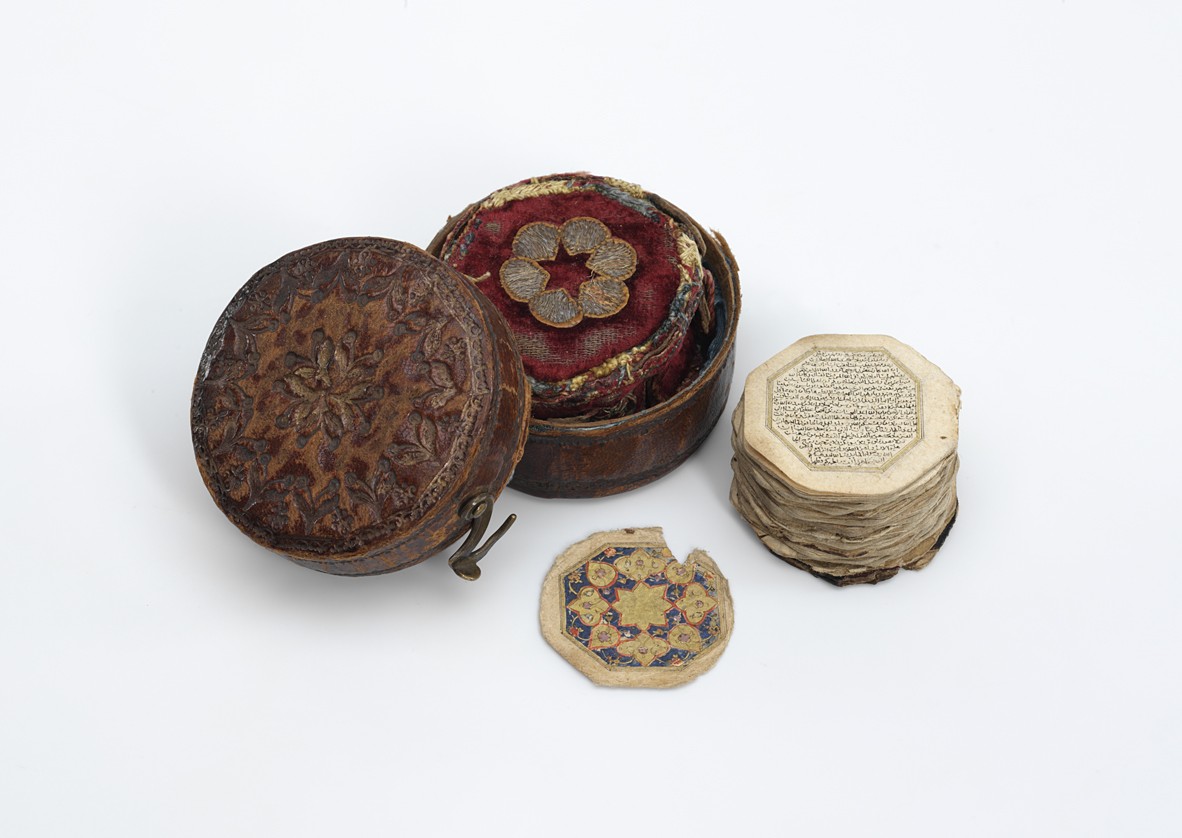