A sketch for a Sokol building for Bystřice pod Hostýnem
Perspective

The sub-collection of architecture in the Olomouc Museum of Art includes numerous examples of inter-war architecture which in many ways represent the peak of the architectural work of that period. Among the latest acquisitions by the Olomouc Museum of Art in 2013 is a set of drawings by Bohuslav Fuchs, a functional architect from Brno, produced for the Sokol organization in Bystřice pod Hostýnem. It comes from an earlier stage of the authors work, his period of soul-searching in the 1920s. In Fuchss work of that time, in which his colleague Josef Štěpánek (1889–1964) participated to a great extent, we can see his effort to express the dynamics of the time and his desire for a stylistic manifestation through architectural morphology.  Forms of Rondocubism used by Fuchss Prague colleagues at that time, although with different outcomes, are combined with an expressive concept of matter, expressed in laconic dimensional wholes. Bohuslav Fuchs, born in Všechovice near Bystřice pod Hostýnem, contributed to the history of modern Czech architecture through his project that enriched the little submontane town, to the urban development of which he paid a lot of attention. 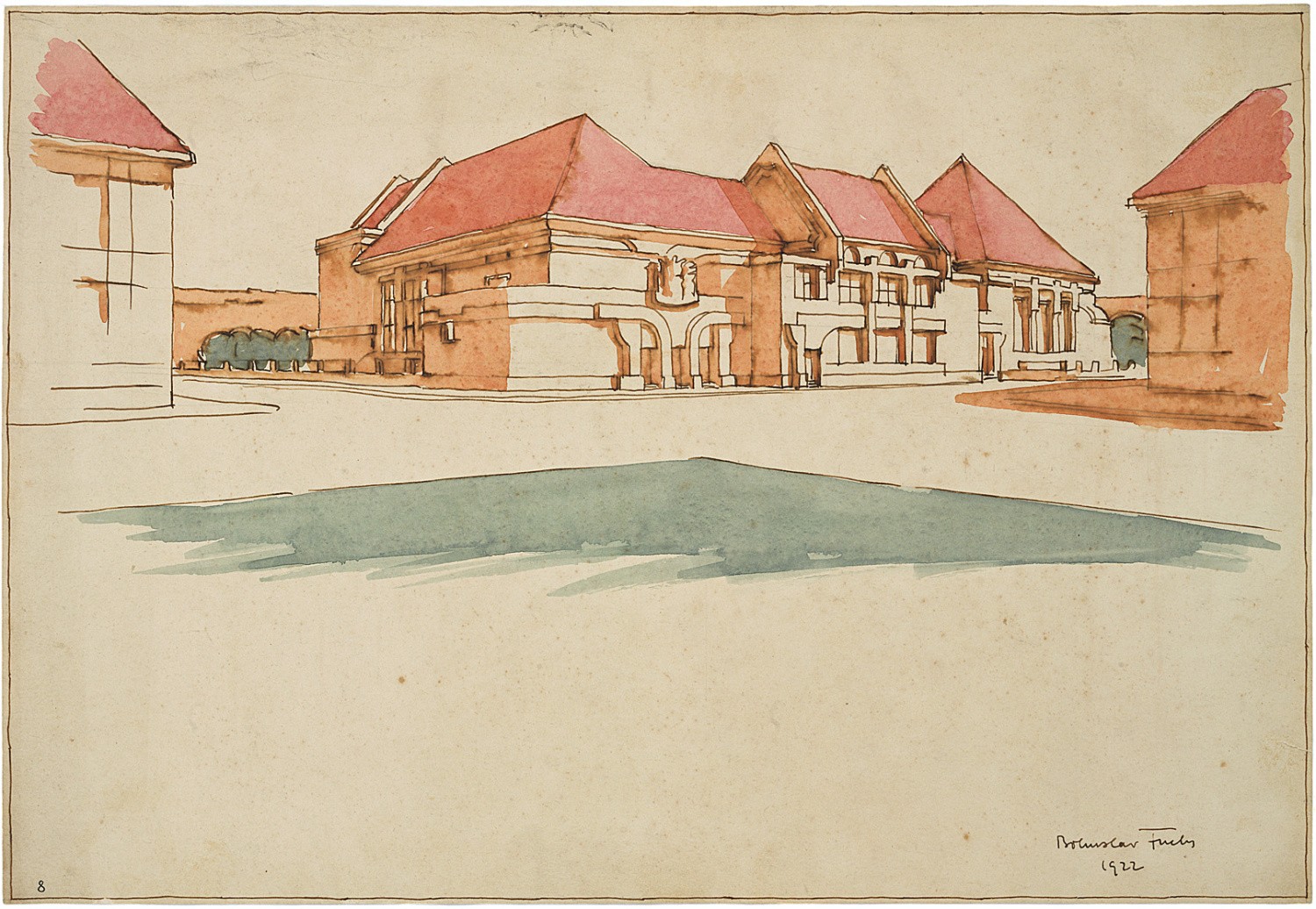 A sketch for a Sokol building for Bystřice pod Hostýnem
Perspective, 1922
Related