Limoges, 1st half of the 14th century

The reliquary of St. Eustace is the oldest preserved item among the treasures of the Olomouc cathedral. It is made of gilded copper decorated with an engraved ornament and coloured enamel. The hexagonal base has a vaulted node and two volutes and is joined to a tower head with four corner pinnacles. The cylindrical top decorated by cut quatrefoils and a folding roof with a cross on top are connected to the head, which houses a glass cylinder containing the relic. The base is decorated with the figures of six angels standing in gothic arcades. With objects of this type it is difficult to determine whether or not they were created as reliquaries, because they could also have been monstrances into which the relic of the saint was inserted later. The attached relic and the paper strip with a sign are from the 19th century. The architecture of the reliquary of St. Eustace, and its enamel decorations, refer to Limoges, France, which was a renowned 12th century centre for enamel art. The closest analogies to this reliquary are the reliquaries - monstrances in Limoges (Musée Municipal de l´Eveché) and in Cluny (Musée National du Moyen Âge). 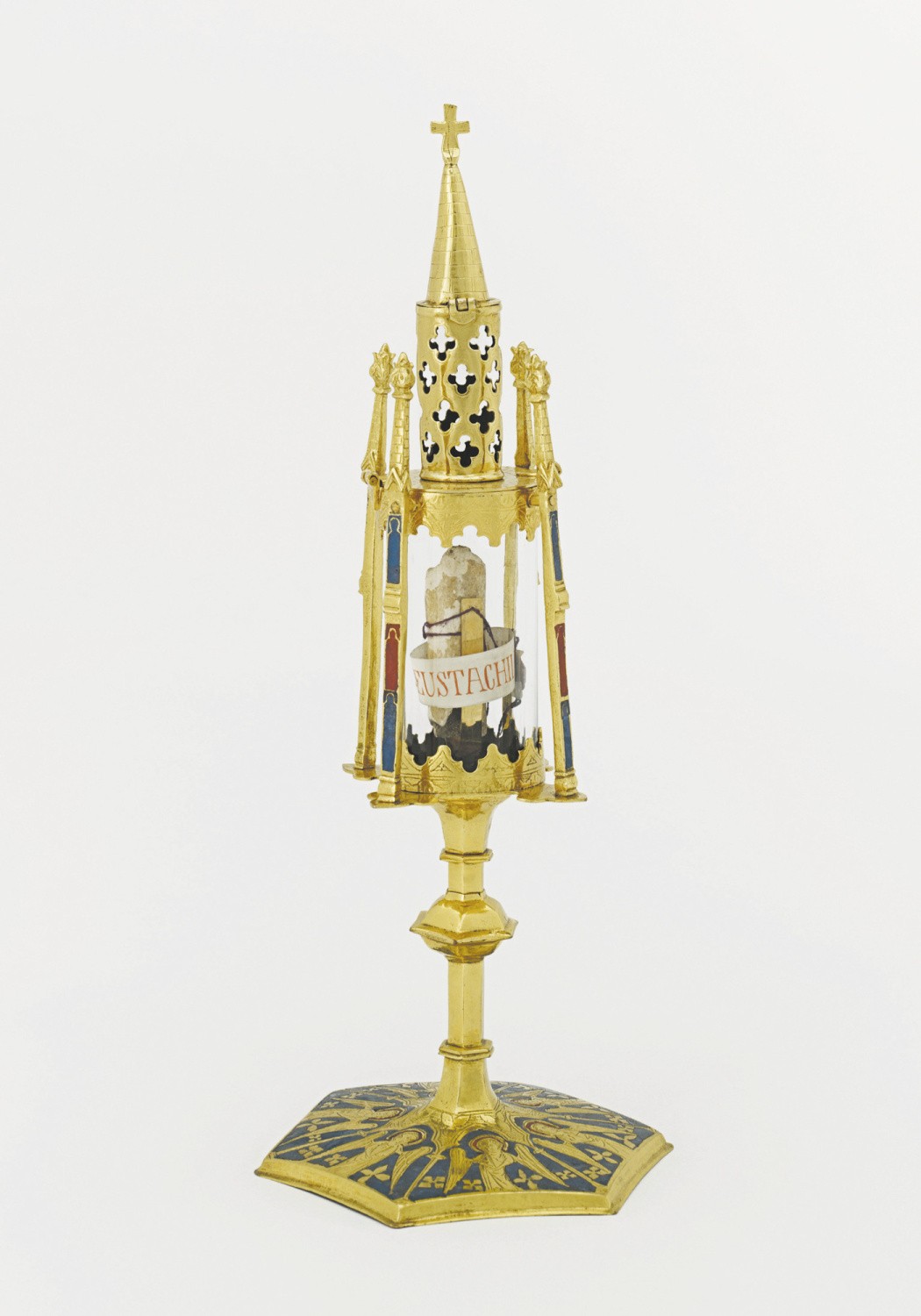 Reliquary of St. Eustace
Limoges, 1st half of the 14th century
Related