Dish with Engraved Figures of Warriors

Dish with Engraved Figures of Warriors

It is likely that the dish was found in the 19th century, during archaeological research in the area of Wenceslas square in Olomouc. The inner part is richly decorated with engravings. In the centre of the heavily damaged base is the image of a warrior fighting a beast of prey. The sides contain engravings depicting stylized Romanesque architecture and knights in armour holding their standards. Several types of weapons and horses ridden by some of the warriors can be distinguished. The even rim of the dish is decorated with a simple geometric ornament. It is probably a symbolic depiction of the battle between good and evil, in the spirit of the medieval, moralist, didactic tradition. In Europe, only about twelve such knightly dishes have been preserved (including fragments). They are scattered over a broad territory reaching from the British Isles to the eastern Baltic. They can be dated to the second half of the 12th century or around 1200, based on the type of armour depicted. Apart from full mail, there is a helmet with a hemispherical, almost cylindrical bell and a solid visor, apparently shown on the Olomouc dish (a more distinct depiction is visible on some of the items in foreign collections, such as The British Museum, London and Chateau Comtall, Carcassonne). 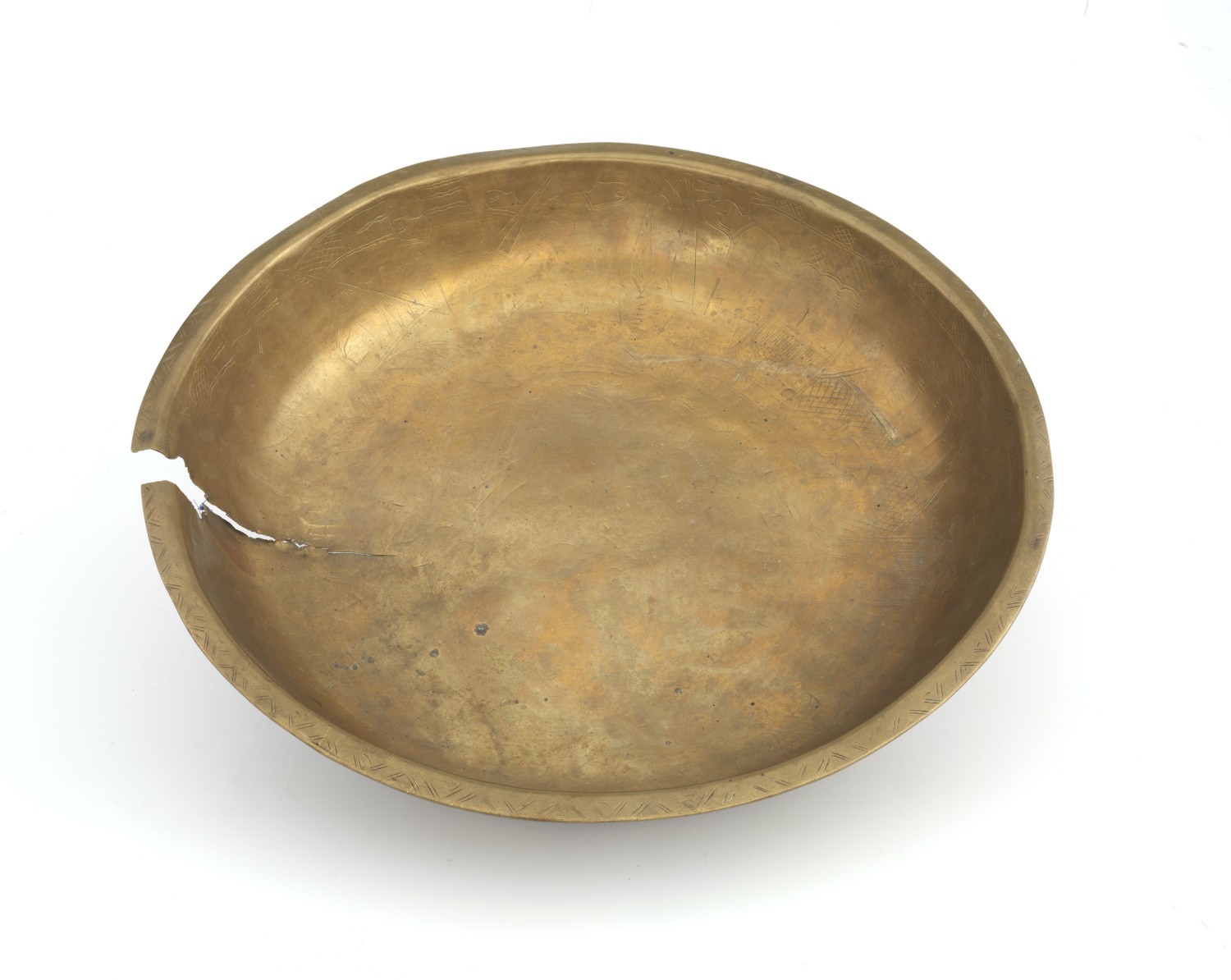