This ceremonial coach of the karosa type was purchased by Bishop Ferdinand Julius Troyer (1745–1758) in 1746 in Vienna, with two other Baroque coaches currently in the collection of the Olomouc Archbishopric. Thanks to elements of recently discovered older decorations, its origin may be hypothetically connected with King Louis XV of France’s envoy to the imperial court - Louis François Armand du Plesis, duke de Richelieu (1696–1788). It is clear that the coach was made in Paris in the first quarter of the 18th century. However, soon after count Troyer bought it, it was substantially modified in Vienna and paintings and carved decorations were added, as well as upholstery and other textile furnishings. The decorative carvings in the cabin are dominated by late Baroque rocaille, and the paintings on all sides are based on themes from classical mythology. The basic idea of the décor is an allegorical depiction of the four elements, represented by ancient deities. On the rear wall is a painting on canvas with the allegorical theme of the day chasing away the night, the work of imperial court painter Michelangelo Unterberger. Beneath the painting, during the restoration of the coach, an exceptionally well-preserved painting was found, representing the personification of Charity (latin Caritas) on a gilded background in a rich ornamental frame. Both paintings may be occasionally presented separately. 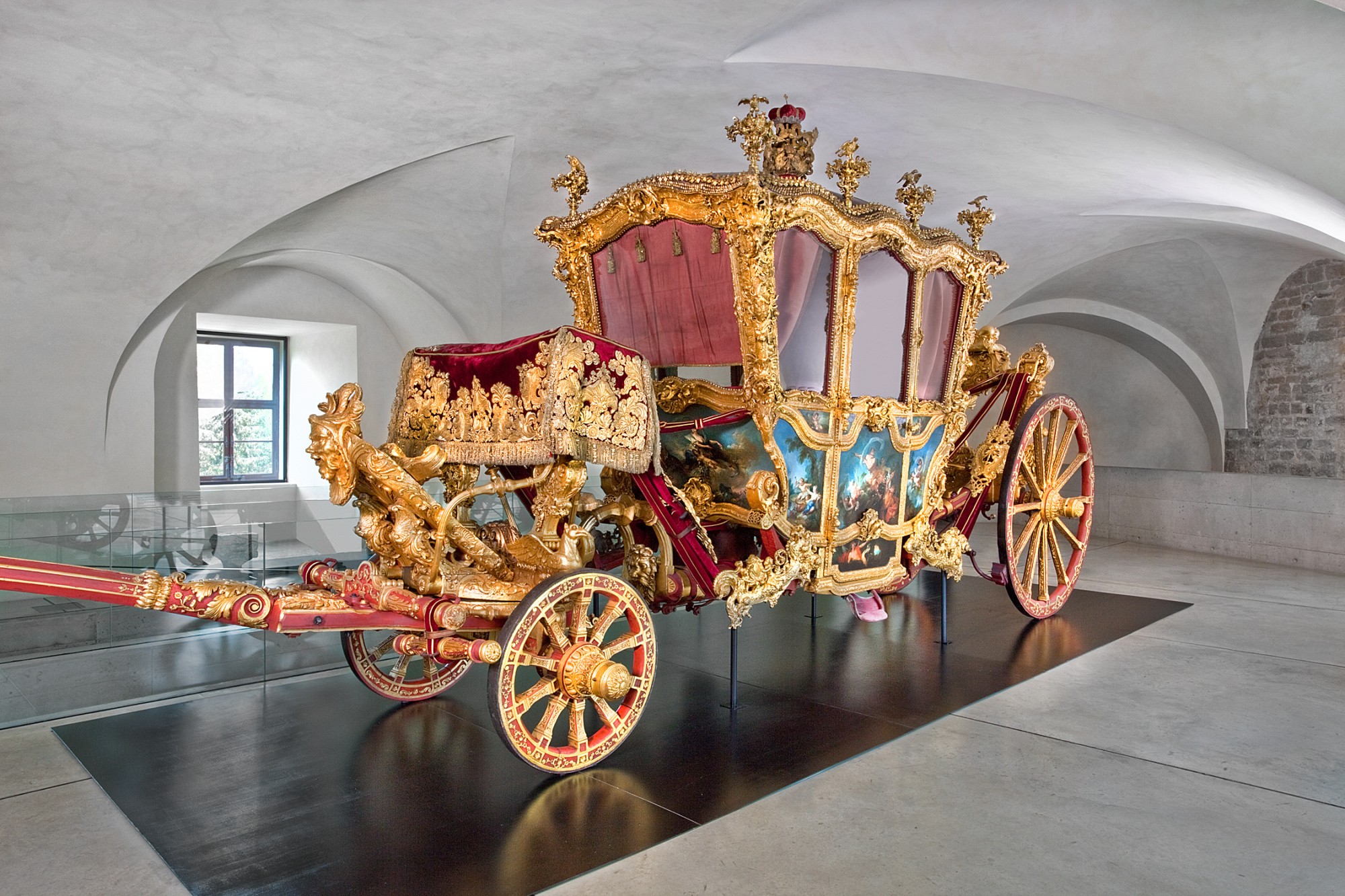