Russian billiards imported in 1885 by Russian Czar Alexander III. (1845-1894) as a gift to his host Cardinal Friedrich von Fürstenberg (1853-1892). It contains ten cues from walnut, mahogany and lime, 19 balls of ivory stand, triangle and bowling.

Alexander III. visited Kroměříž on 25 to 26 August 1885 during a meeting with Austrian Emperor Franz Joseph I. In those days, the quiet little town of Moravia became the center of attention all over Europe. About this significant event reported period not only local, but also foreign press. Interestingly, it remains a mystery what was then Kromeriz really was. The visit of the Russian Tsar remind us of two more objects together with billiards Olomouc Archbishop donated. Czar Czars salon is decorated with life-size portrait of 1883, a commemorative vase from one piece of the Ural malachite. 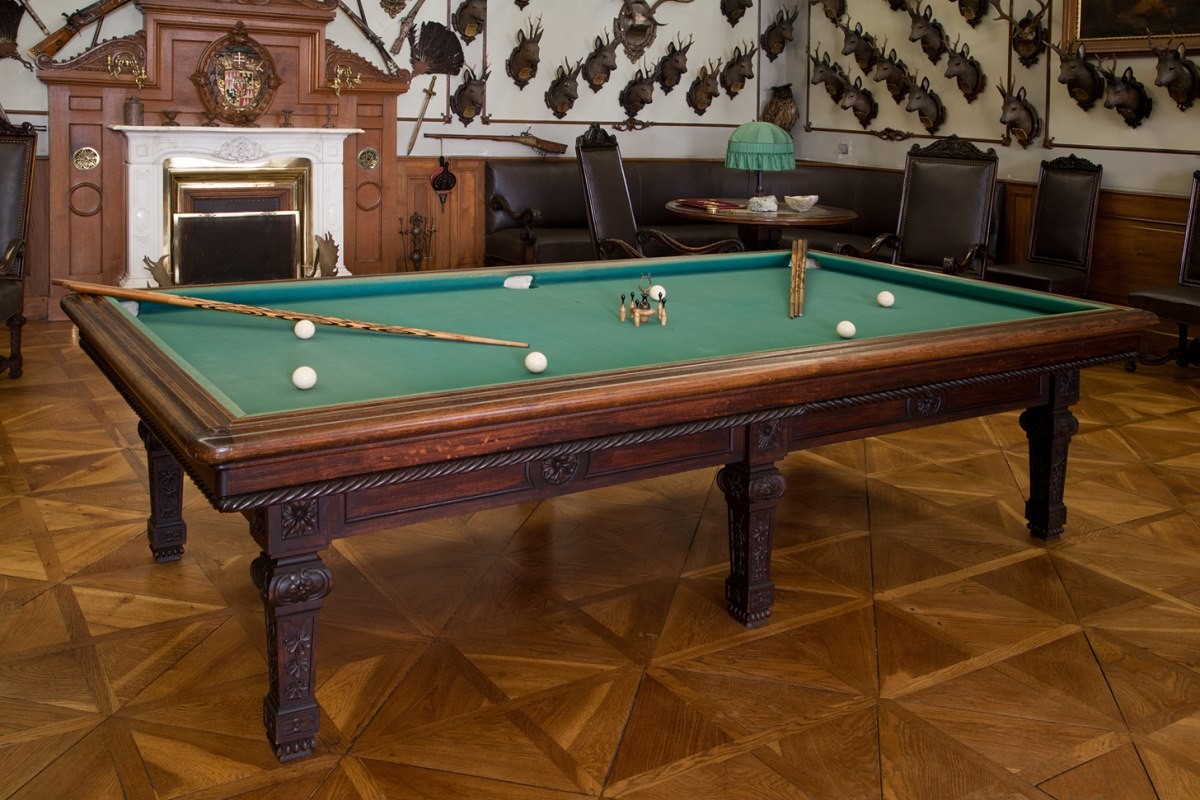