The archival black and white photographs from the period between the two world wars will lead the audience through the irretrievably vanished world and life of the Jewish community in Krakow, especially in the part called Kazimierz. The exhibition will be complemented with contemporary films provided by the International Cultural Centre in Krakow. After Krakow, Nuremberg, Jerusalem and London, Olomouc is the next stop of this documentary remembrance of the tragic fate of Krakow’s Jews. The exhibition is held jointly with the Theatre of Music, Olomouc on the occasion of the festival Days of Jewish Culture, 2013. 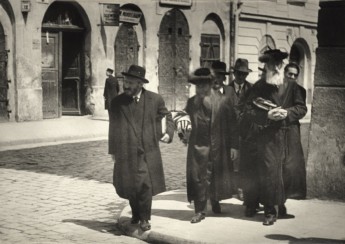 A Group of Jews Sitting on Józef Street in Krakow

photo: Tadeusz Przypkowski,  about 1930, archives of the Krakow City Museum 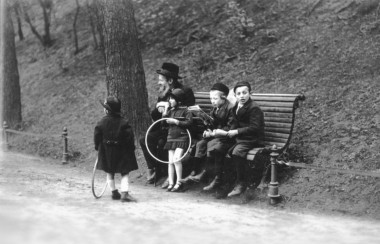 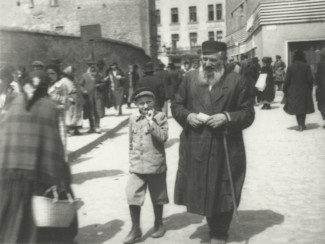 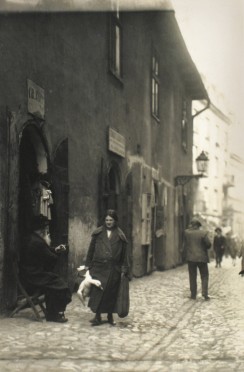