Krzysztof Penderecki (*1933), Eminent Polish composer and conductor.  Penderecki gained international fame as a composer thanks to the original sound of his works, which required unconventional techniques

The legend of world music, the Grammy Prize winner, the Polish composer Krzysztof Penderecki opened a exhibition Years od disarray 1908-1928 by magnificent concert in front of the filled Church of Our Lady of the Snows in the Olomouc.

Penderecki´s song Credo, for which he received the Grammy Award in 2001, The Polish composer personally took the conducting of the orchestra, the mixed and boys choir of Karol Szymanowski Philharmonic from Krakow. At the same time, he launched the 25th Festival of Spiritual Music and celebrated his 85th birthday.

The project is co-organized by the Adam Mickiewicz Institute operating under the Culture.pl brand within the international cultural programme POLSKA 100 accompanying Poland’s centenary of regaining independence. 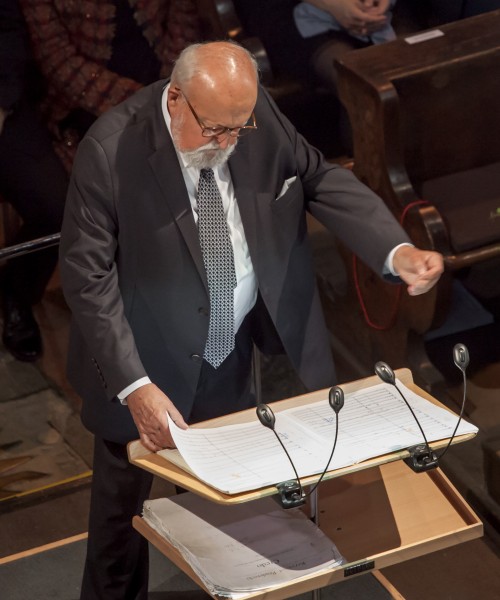 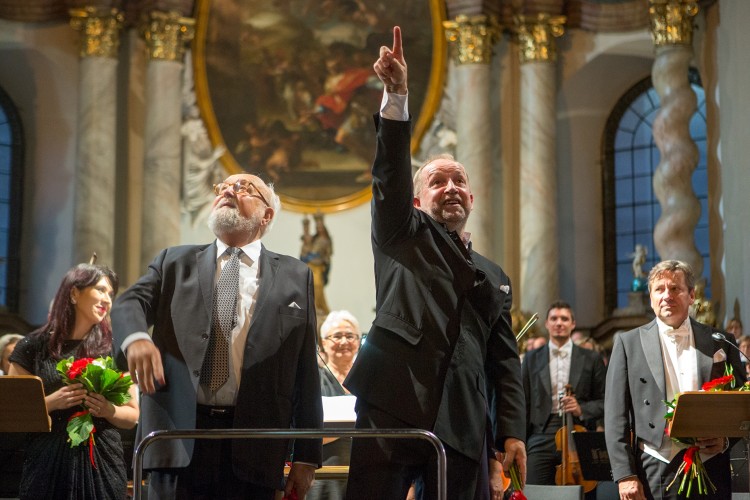 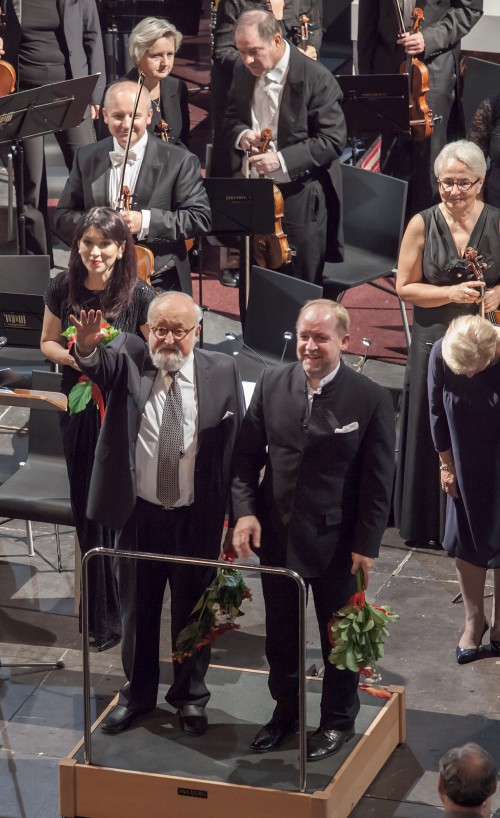 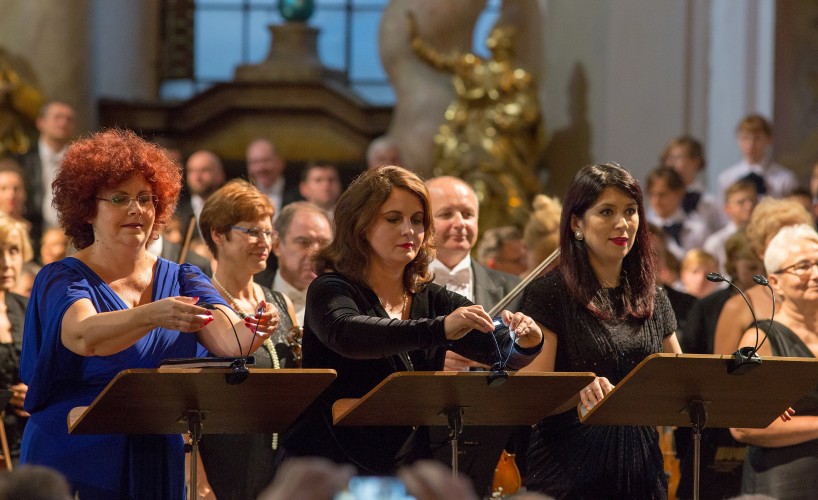 Soloists of the Krakow Philharmonic Orchestra. 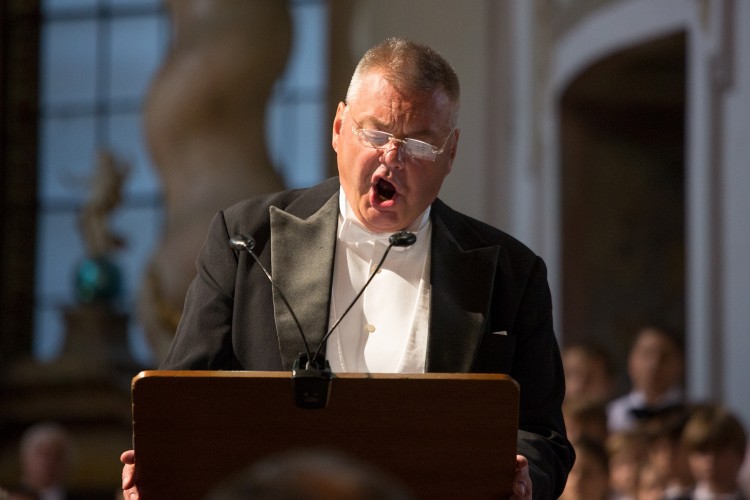 Soloist of the Krakow Philharmonic Orchestra. 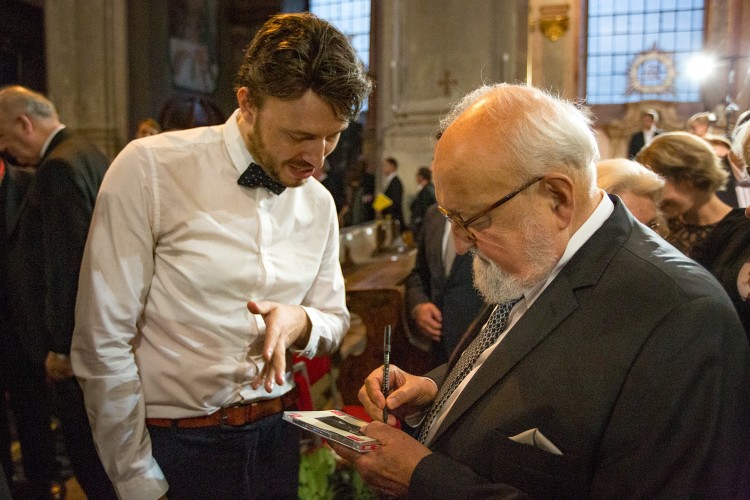 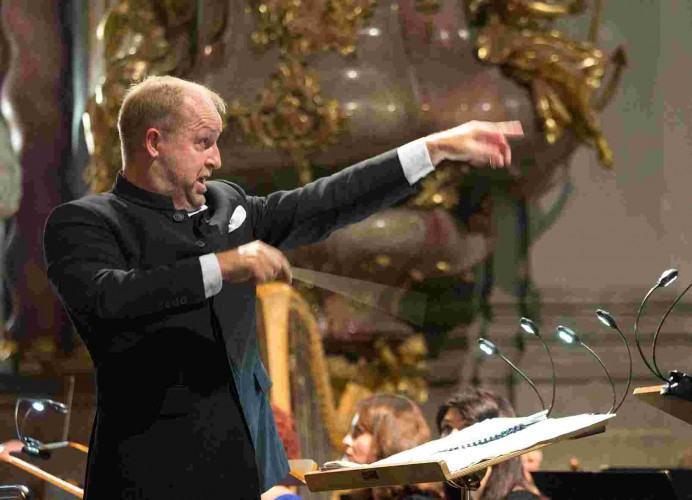 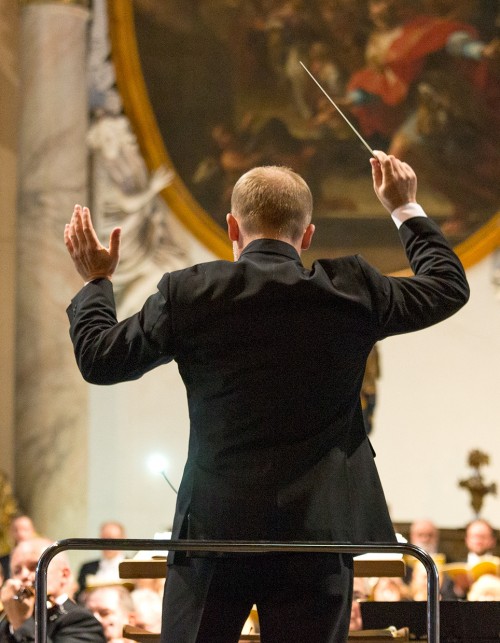 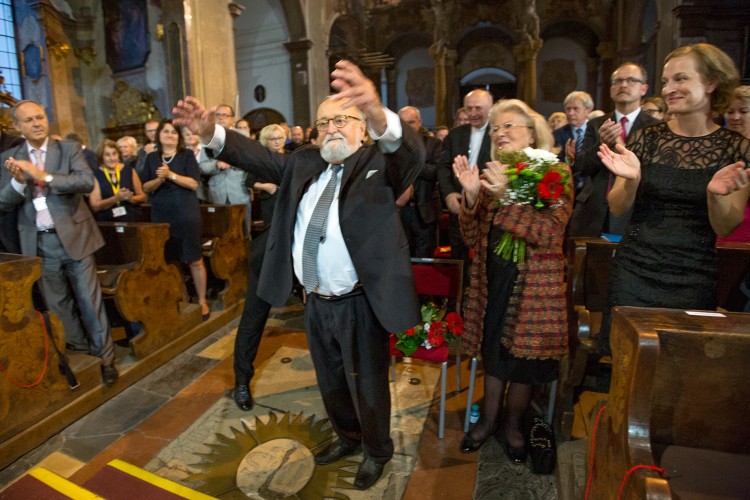 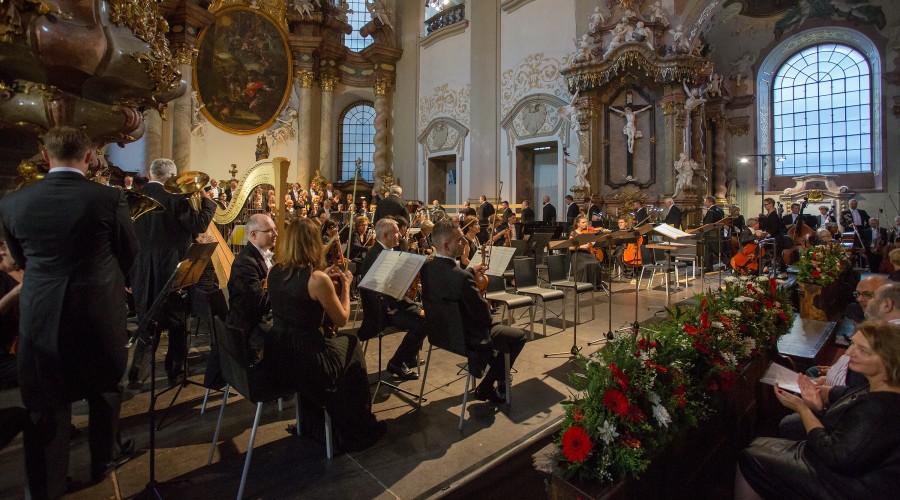 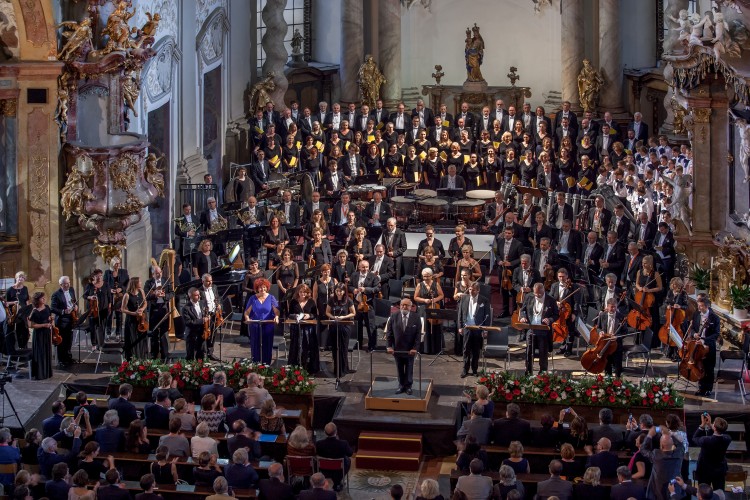 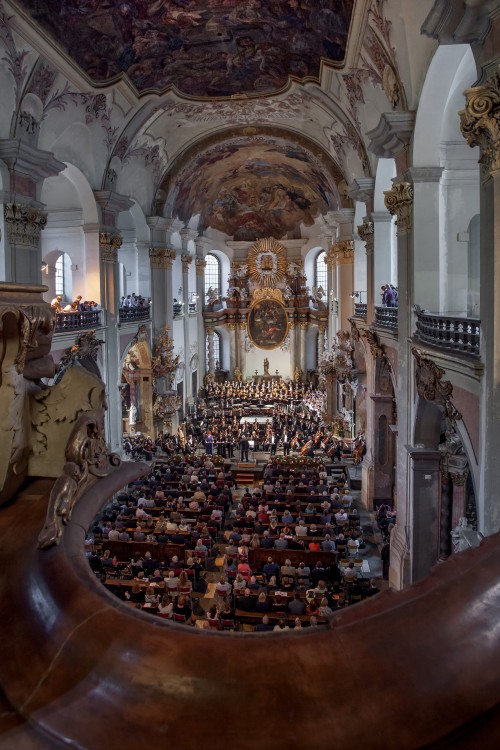 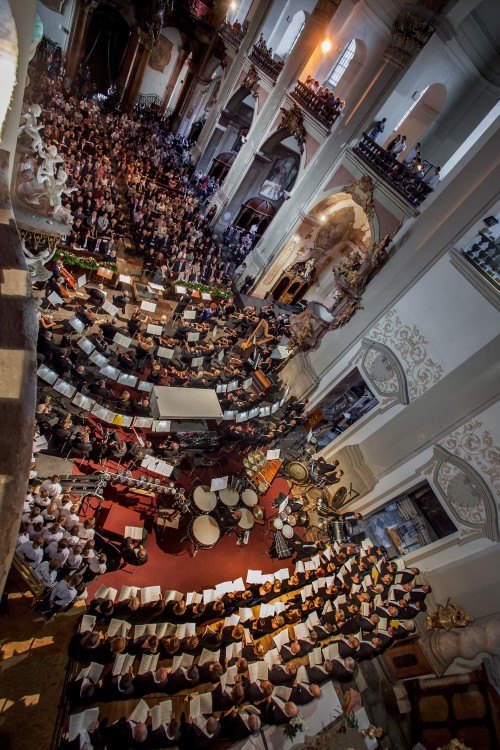 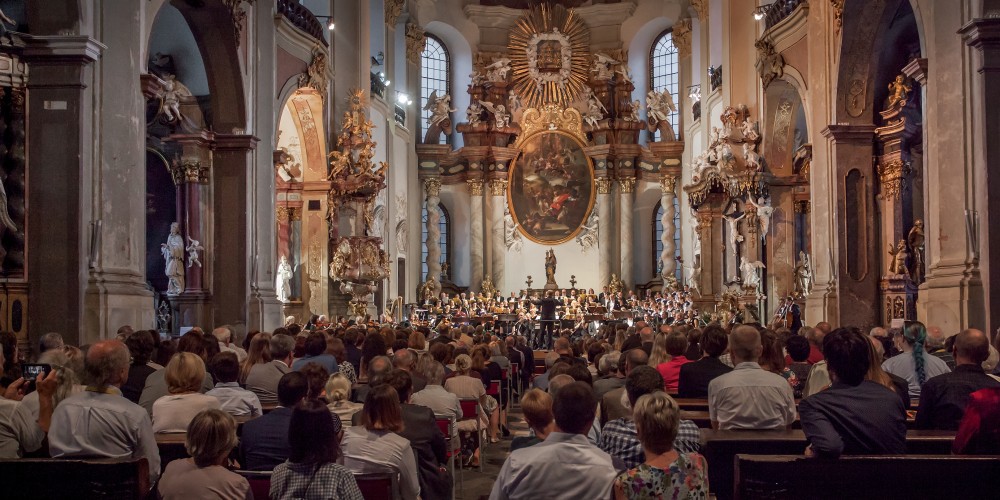 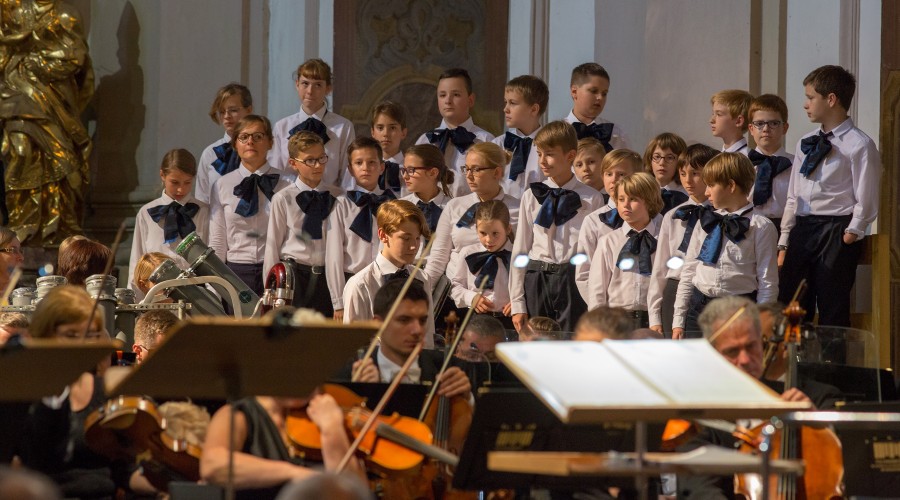 Boys choir of the Karol Szymanowski Philharmonic in Cracow 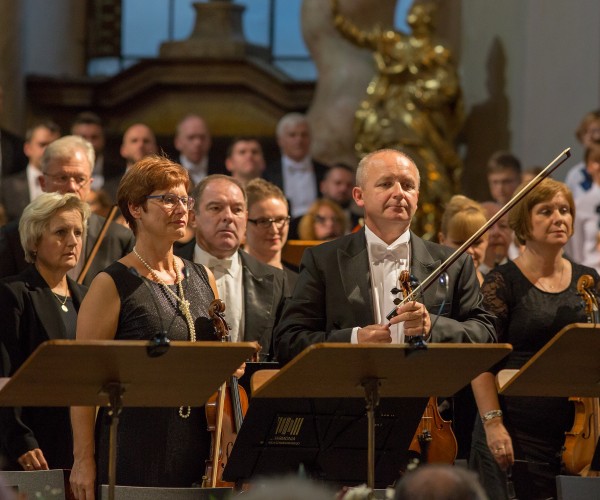 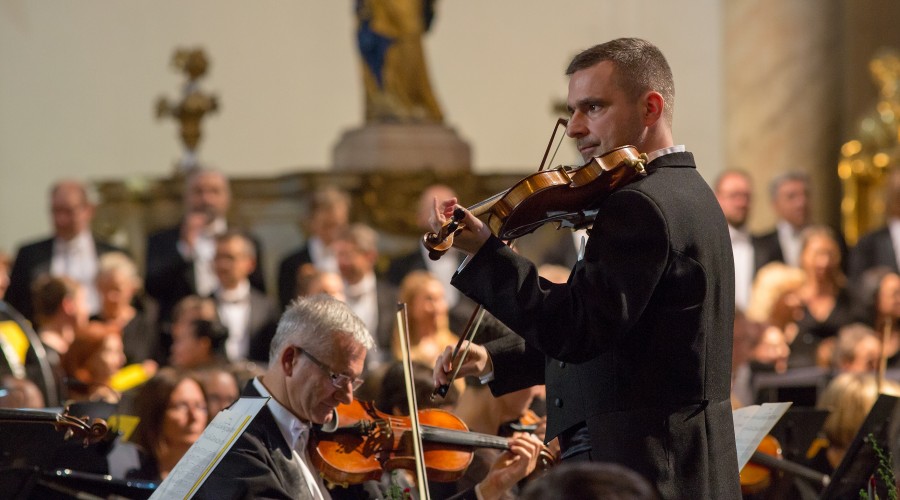 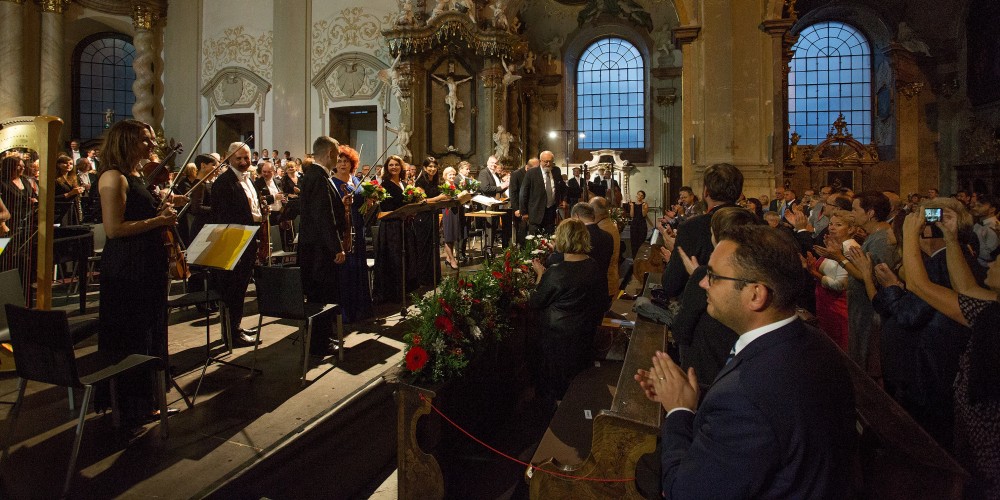