The best exhibition of the year 2018 is according to the national comitee Gloria Musaealis the project of Olomouc Museum of Art Years of Disarray 1908-1928 | Avant-gardes of Central Europe. The exhibiton presenting the art of avant-garde and its evolution in the Central Europe during the period 1908-1928 was the most successfull of 39 nominated projects from the whole country.

„The first place in the Gloria Musaealis competition is a great satisfaction for us, as it is a result of a three year long cooperation of tens of professionals from all over the Europe and USA who, togehter with the famous Czech curtors, the authors of the exhibition Karel Srp and Lenka Bydžovská tried to present this until now unresearched topic," says the director of Olomouc Museum of Art Michal Soukup. 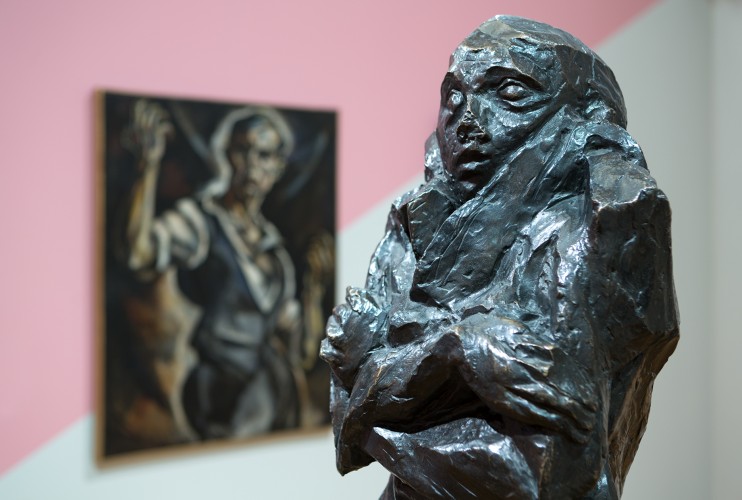 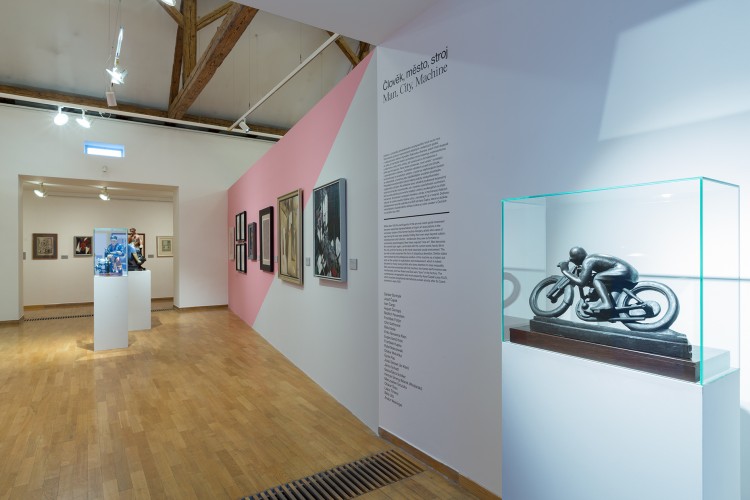 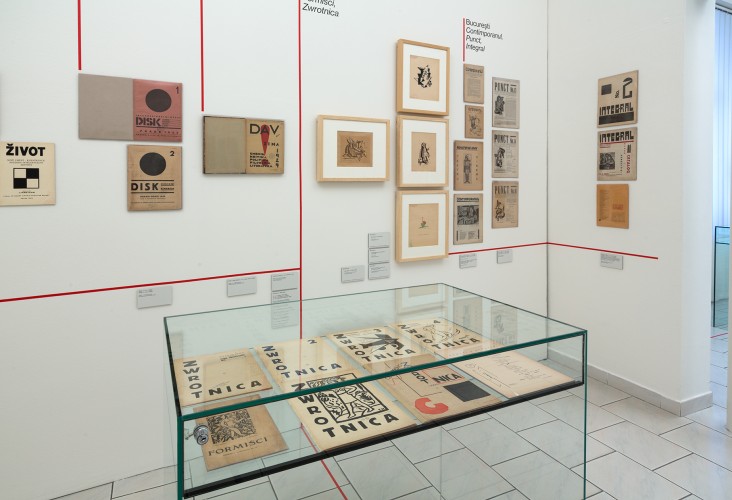 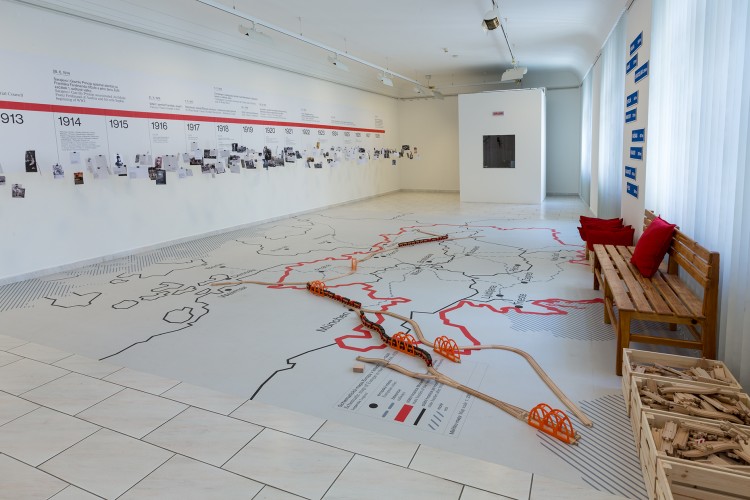 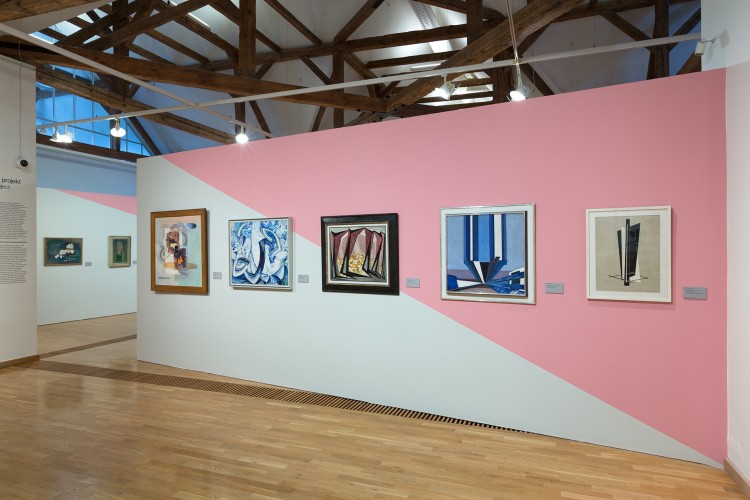 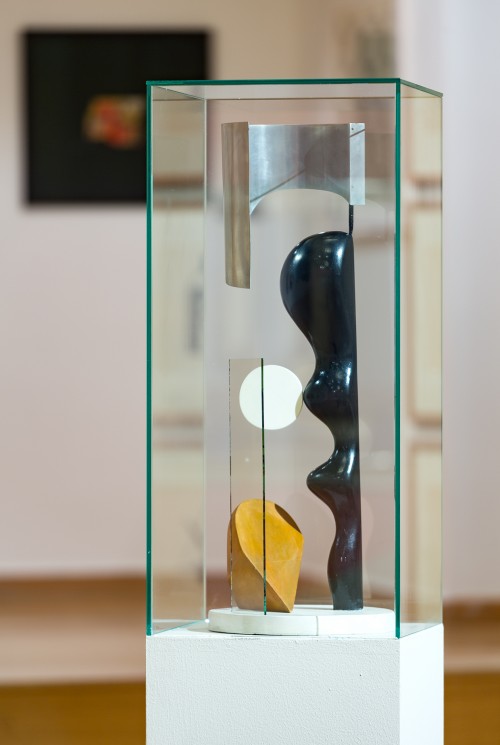 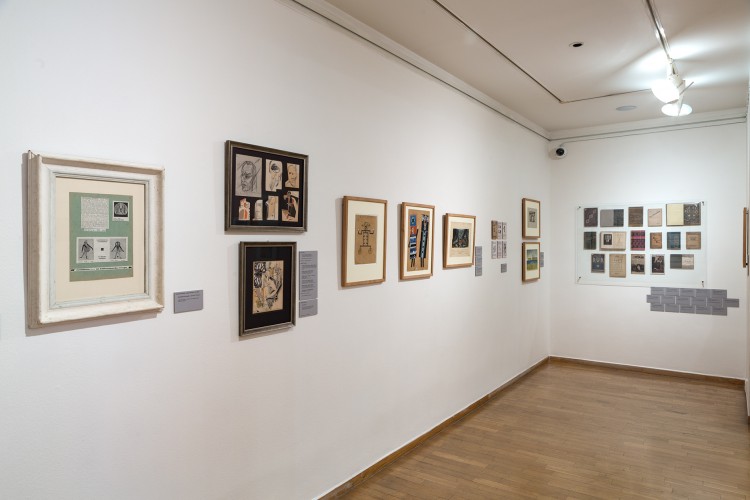 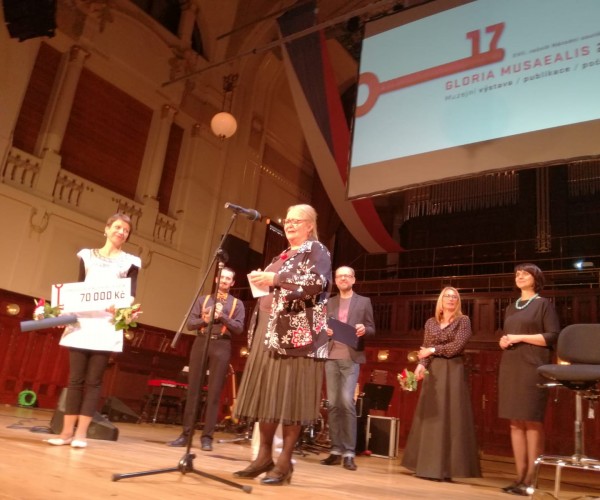 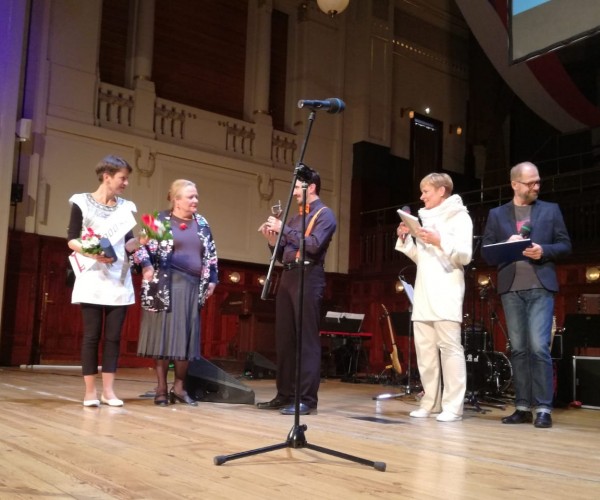 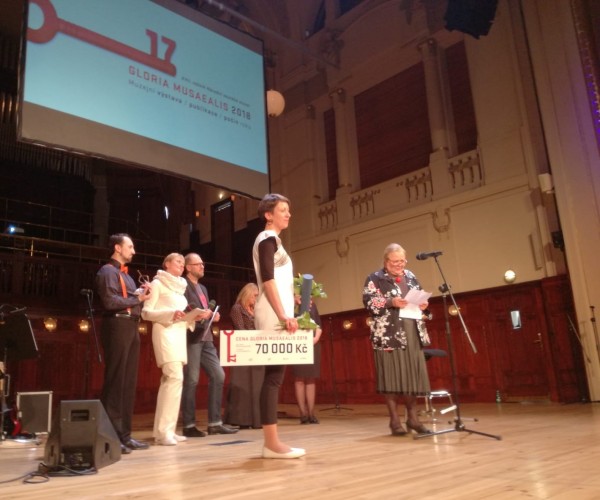 An exhibition that Central Europe has not seen yet

The Years of Disarray exhibition captures the dramatic and dynamic twenty-year period of development of modern and avant-garde art in Central Europe from 1908 to 1928. It concentrates on the tense years immediately preceding the Great War in the art centres of the former Austria-Hungary and on the first decade of building the newly established states, in which art was endowed with a critical societal function thanks to the left-wing orientation of most young artists.

Consisting of twelve thematic units, the comprehensive exhibition, which offers a wide survey of most of the main areas in which the contemporary thought in visual arts was transformed – from the hanging picture, sculpture, drawing and graphic design to typographic design, film scripts and experiments in photography, journals and almanacs. The visitors can witness the changes of the artistic approach in male and female nudes, extreme mental states and struggles to develop new form in the first decade; and in the relation between man and city and machine, the archetypal concept of nature and pantheist mythologies in the second decade; much emphasis is put on the stabilisation of abstract approaches, which tried to dominate the art scene after 1918. The two periods are sharply divided by the Great War (1914–1918), which severely impacted the lives of all the artists included, many of whom took part in the war directly, on both sides. If the older artists were able to continue with their pre-war work, the younger ones saw a huge gap between the pre-1914 art, with which they wanted to have nothing in common, and the post-1918 art, when new isms emerged, such as poetism in the Czech Lands.

Thematic cores connect artists from various parts of the former Austria-Hungary as well as the newly emerged countries – Czechoslovakia, Hungary, Poland, the Kingdom of Serbs, Croats and Slovenians – regardless of their group membership, artistic direction, ethnicity or nationality. While a part of modern art retained its allegiance to national claims, even stronger after 1918, the avant-garde went beyond them and refused to be bound by national borders; journals became the means of communication among the individual centres in Central Europe, Paris, Moscow and Berlin. The generation which arrived after 1908 created – through art dealers, critics and various organisers – a network of relationships, which even expanded in the early 1920s; it consisted of travelling exhibitions and later of internationally conceived journals and anthologies with multiple foreign contributors, whose essays were published quite often in their original language. Although modern and avant-garde art was, in its core, strongly polarised and varied from the moment of its birth after mid nineteenth century, its plurality fully manifested itself only at the time of battles for cubism and general reception of constructivism.

The Years of Disarray exhibition, presenting works of nearly one hundred artists and comprehensible samples of major contemporary journals, is accompanied by a number of film footages and clips of popular silent films. The loans come from almost seventy national and private collections. The exhibition will be accompanied by a book of the same title, which will include essays by leading international and local experts in the field.

The concept of the exhibition A) The Lonely Self In 1908, art scenes in all the capitals of Austria-Hungary changed significantly. In Vienna, Budapest and Prague new artistic groups emerged, defining themselves against the approaches of older generations. They condemned both lingering impressionism, considered the last redoubt of modern art, and Jugendstil for its emphasis on the decorative. Self-portrait became the leading genre with portrait as the expression of inner-directed glances, revealing hidden aspects of the psyche. The chaos of expressionism and fauvism represented the feelings of the modern man: loneliness, egocentrism, sexuality, narcissism. The counterpoise to self-portrait was the representation of female and male nudes in natural settings, concentrated in the motif of bathing that was dominant in Central-European art in 1909–1913. It appeared in Czech, Hungarian, German and Austrian painting. Its wide influence was inspired by Paul Cézanne who shortly after his death in 1906 was unanimously declared the “father of modern painting”.

Opening up between the painful representation of the self, in which artists saw themselves as both messiahs and sufferers, and the depersonalised representation of the other in the form of male or female nudes (often interchangeable as if some universal third person), lay the realm of the soul. This introduced into visual art an interest in narrative, excluded from impressionism for its improper literariness – a quality that modern art was supposed to avoid. Many artists were strongly attracted by philosophers, especially Arthur Schopenhauer and Friedrich Nietzsche, but also by the psychologicalnovels of Fyodor Dostoyevsky and plays of Henrik Ibsen.

D) The Order of Forms The year 1912 was of major importance for the development of cubism and its dissemination across many cities in Central Europe. Cubism was no longer a purely Parisian trend. It quickly came to overshadow fauvism and expressionism. From the development perspective it was regarded by contemporary artists as the latest and most important new framework for art. Artistically and institutionally, Central Europe was well prepared to receive cubism.. The outbreak of the First World War interrupted the dispute about cubism and brought considerable change in the personal lives of artists, many of whom had to join the army. Artists from Austria-Hungary and Germany who lived in France found themselves in a difficult situation: they were immediately declared enemy aliens, interned and their properties seized. The only possibility open to them was to join the volunteer legion, in which they could fight against Austria-Hungary side by side with the French army. Although their activities as visual artists on the front were inevitably limited by the war, some of them immediately or very soon started to draw scenes from the trenches, grenade explosions, the injured being carried away. The rapid renewal of modern art after 1918 was characterised by focus on the city and the factory. Industrial civilisation was preferred to country life. Lingering expressionism, cubism and futurism were quickly rejected by a younger generation who subscribed mainly to constructivism. The pre-war representatives of modern art were already regarded almost as “classics” and their influence post-1918 was challenged by younger artists who arrived with bold declarations about the building of the new world and the necessity to overcome all pre-war “isms”, which were now rejected as formalist and psychologising. G) People of the Sun Feelings of alienation were counterbalanced by the idea of the creation of a new man, standing at the threshold of a renaissance of humanism. The idea was associated with relationship to the Sun as the age-old source of life and energy. On the one hand, there were the New Adam and New Eve of Čapek’s R.U.R., robots endowed with human qualities who were “born” in the factory as the latest type of machines, while on the other there were the first people in an imagined dawn of history, represented by the dancing or copulating couple of man and woman. Art works summed up the ideas of the new foundation of the world. H) The Analogy of Nature The path to the complete acceptance of abstract expression was blocked by an obstacle precisely identified by František Kupka in 1912 – the imitation of nature. Modern art aimed to transcend nature in order to achieve its own purity. After 1918, non-objective art encountered a major rival in the abstract plans of synthetic cubism, whose contours still retained a relation to outer reality. Three possible roads opened up before the modern art of the 1920s: synthetic cubism represented a path between abstraction and surrealism. It became the main trend of modernism.

Important impulses were brought into the post-1918 visual arts by abstraction, specifically its constructivist and suprematist form, which found wide acceptance with the new generation that arrived on the art scene in the last years of the Great War. While before 1914 the protagonists of abstract art had not tied their work to a political programme or ideology, after the October Revolution in 1917 the avant-garde openly married its programme with communist ideals and efforts to build a new state entity on the Soviet model. In the early 1920s the pioneers of the avant-garde announced the end of the traditional framed picture. They proposed new possibilities corresponding to modern life, modern technologies and the requirement for the social accessibility of art. They turned their attention to mechanical production, exemplified by the printing machine, the film camera, the projector. Typography was prominent among the fields taken up by the avant-garde from the mid-1920s, because it could unify various elements into a complex composition. Modern publications had to be attractive and visually communicative, accessible to every reader. To achieve this effect the simplest visual elements were employed, visual signals serving as an international language, able to express the character of the time.

> ReD 1, 1927–1928, no. 3, December 1927, cover design by Karel Teige, with the use of his own typographic illustration to Konstantin Biebl’s book With the Ship that Delivers Tea and Coffee, Východočeská galerie v Pardubicích