For some time now, the Olomouc Museum of Art has been dedicating itself to researching Central European art, primarily that of the second half of the 20th century. Different rules, however, apply to contemporary art than those traditional state institutions normally follow and adhere to. Since we desire to become a forum, this is the time and place to be open to new forms, and also via a different medium. We are preparing the first Triennial of Central European Culture and Art for 2020, under the auspices of OCEF, in order to embody this desire. That which we ordinarily have a tendency to control will be left alone, to influence others. The basic impulse is this – an institution such as this one and its means of existence. What does it mean to be a museum? Is it – that which means to judge and evaluate things? What does it mean to name these items? What does it mean to create a system based on them? This is why the subtitle for the first triennial is Universum – not in the sense of compromise, nor the inability to fix the meaning of an item: we understand the Universal as a structure of parts which have a tendency and ability to metamorphosise and transform their positions, and yet remain part of the whole. And this whole is what we are after. The whole means a certainty of order or faith in its potentiality, a consciousness of its own position in it and also its changeability. In a time which understands itself in the intentions of post-mediality, post-truth, and the end of the Anthropocene; in a time which therefore calls for personal engagement, we want to turn attention to the basic principles of human existence and contemplation. This is why, atypically, we have chosen the opposite approach than what has been normal for us – we are not arranging the chosen artists into the context of our collections but are opening them up as a cri du coeur. The fulcrum of the exposition, which will affect all the exhibition spaces of the museum, as well as the public space and spaces of our partner institutions, is a monographic exhibition of the Polish painter and graphic artist Jan Pamuła. Constructivism as “human order” thus serves all the other arts, whether they work with the body, with words, with experiences, relate to the landscape, to the stars or to symbols, as a safe background to which one can return – and overturn, to benefit the renewal of the whole: and thus construct again. 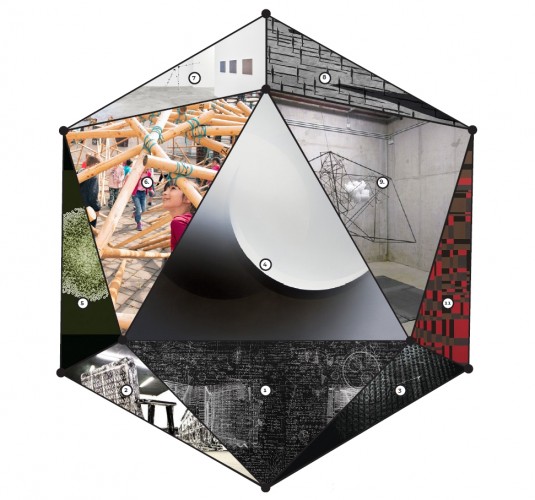 Triennial of Central European Culture and Art / The Universal