In 1989 did the Gallery succeed in acquiring its present seat - a building on Denis Street. The site on which the building stands has a long histo-ry, which is due to its location in the very centre of the old town. In 1246, with the Pope’s permission, an asylům for lepers was founded here by Martin Pokora. Near the New Gate and the town wall protecting the town against another settlement outside the walls, there grew, over the years, a complex of buildings that included a church, several houses, a garden and cemetery. In latě 14th century this was adapted into the oldest hospital of Olomouc, named first after St. Anthony, later after the Holý Ghost.lt was now administered by the town council. Over the next centuries, the buildings were many times adapted and re-constructed. In 1785 the hospital was abolished - it was part of the large-scale reforms of Emperor Joseph II, and the empty buildings were made available for a cadet school, later replaced by a weaving milí. All these buildings, including the Gothic church, were demolished in 1843 and on their site was built a complex of buildings for the prison of the District Court. The Latě Classicist design was made by an employee of the Building Office, Franz Brunner. When the prison was moved away, the town to-ok over the site for a few years (1902-1915) and then sold it to A. and M, Donat. The new owners made exten-sive restoration in 1915-1930, adapting the buildings for residential purposes and for a distillery. The new face of the building is the work of the local architect Jaroslav Kovář Sr., and the Munich sculptor Moritz Lau. Changes were made especially in the Street facade, which now represents a synthesis of post-art nouveau neoclasicism of Viennese origin and reflects an inspiration in the Prague cubism. In 1926, after an adaptation of one part of the complex, a Rádio Bar was opened there. In the same year, an annex was built to house a new cinema. In 1967 the night club was abolished and a Theatre of Music was opened there instead.

The site represents an important urban and architectu-ral unit, a landmark of Olomouc together with the Church of Virgin Mary-in-the-Snow, which faces it. It is comprised of a large four-wing building, two courtyards, and two areas along the city walls. The Art Gallery has been adapting it for its purposes since 1990.

The guiding principles in the reconstruction work are continuity and context, It is an attempt to develop the its particular genius loci, which is revealed in the lay-out -adding spaces along the principál axes, as well as in de-tails, especially in a modified use of the motif of columns. The principle of free reminiscences was chosen not only because the style is that of latě Classicism, with radical Neoclassicist changes, but also because the motif of the column refers to the strata from which our early civilization grew. The attempt at the revival of pure classicism with stress on history and symbol should be understood also as a conscious impulse being given to the era and the society which are now trying to find their identity.

On the ground floor of the street wing is the entrance hall of the Museum of Art, with a porters lodge, cloakroom, and newsagent’s kiosk. On the first floor is a foyer with two halls fort shortterm exhibitions - Cabinet and Salon, a concert-cum-lec-ture hall, and a restaurant connected with a winter garden and a terrace. On the remaining two upper floors are the rooms exposition.

From the foyer the visitor also enters the largest exhibition hall - the Triple Aisle (conceived as a reminder of the former church of the Holy Ghost). It will be, like the early Christian churches and the former riding school, opened toward the classicist roof rafters. 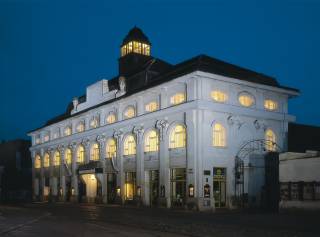 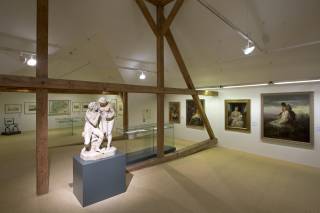 the permanent exhibition A Century of Relativity, 2013
Photo: Lumír Čuřík 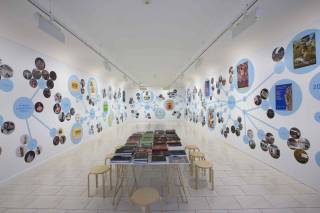 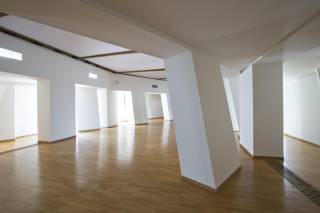 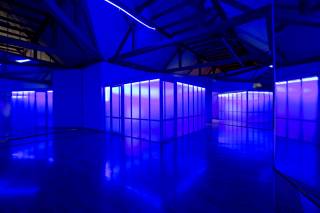 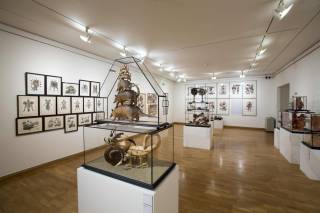 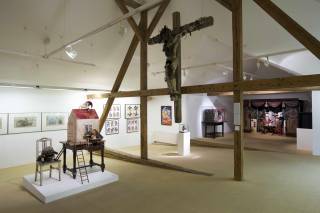 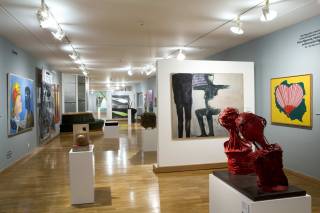 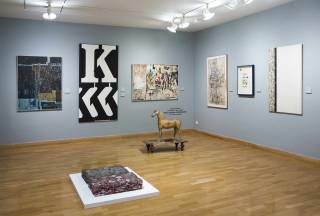 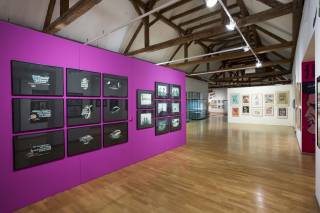 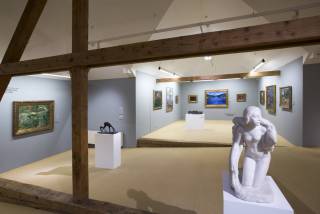 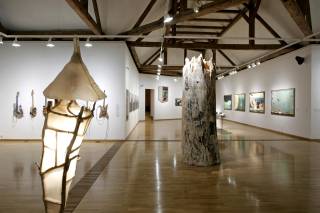 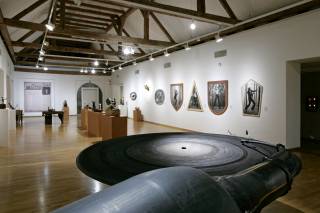 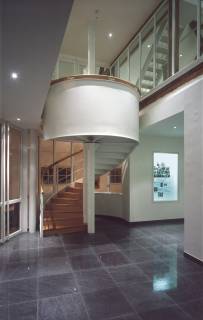 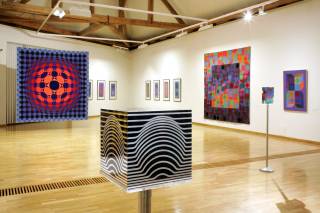 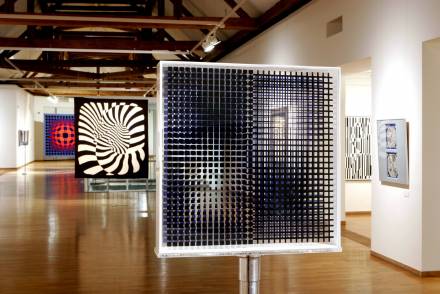 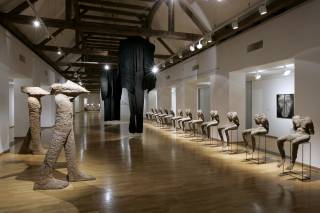 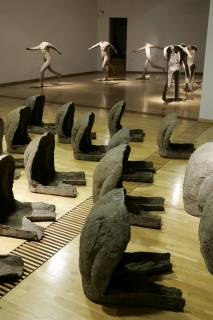 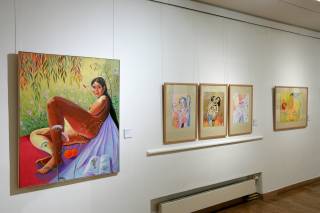 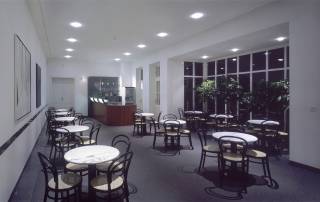