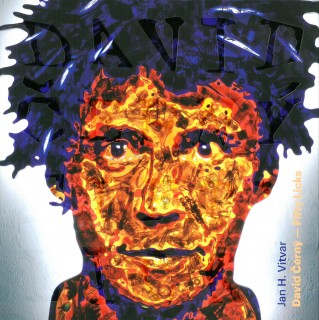 A robber has in his backpack the valuable sculpture of Karel Nepraš. He are runing away from the Museum of Modern Art in Olomouc when something goes wrong. The perpetrator is eight metres above the ground, but he can not get down.

This is the description of work by sculptor David Černý, which he revealed on May 19, 2017 at the Museum of Modern Art. "The statue looks like its made of bronze, but its two and a half meters, that would be tough. The statue is made of patina laminate and weighs twenty to thirty kilograms," explains the artist. Its a premiere for him. "I modeled the statue in 3D space and then the robot made it in a three-dimensional shape. Its my first whole statue that the robot did, "David Black said.

Statue is also a technical work with two special Siemens motors. "The statue also can go about sixty metres in one cycle," said Pemavako director Martin Kosnar, who technically secured the movement of the statue. The robber also speaks.

The idea to create a special work for the Art Museum came about ten years ago when the museum acquired sculptures Adam and Eve in its collections from David Černý. "Im glad he finally managed to finish the statue. I believe that the Robber will cross the borders of the Art Museum and become an attraction for visitors to the city of Olomouc, "said Michal Soukup, director of the Museum of Art. 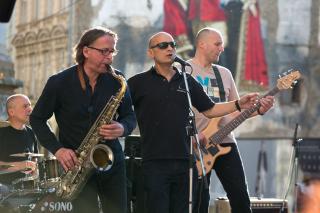 The concert of the Garage group 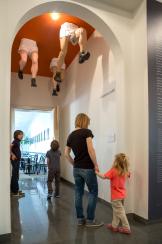 The work of David Černý 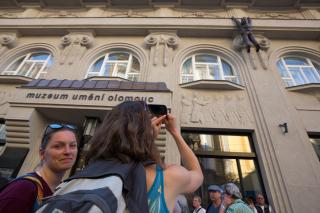 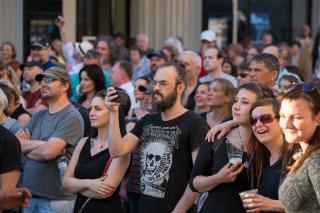 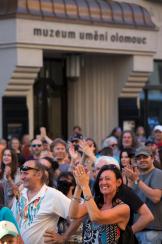