The unique scientific research project started preparing Olomouc Museum of Art, along with partner institutions from the Visegrad Four countries. In two years, culminating in an exhibition Broken-up Era | between anxiety and delight: birth of the contemporary Central European 1908—1928. One in five thematic areas present the visual arts in the countries that emerged after the collapse of the Austro-Hungarian Empire.

"It will be the first time in Central Europe will work side by side from that period in all four countries. It will literally confrontation in a good sense," said the director of the Olomouc Museum of Art Michal Soukup. Individual national curators will "conduct" art historian Karel Srp Jr., former director of the City Gallery Prague. Now he had the last say in the first joint meeting in Olomouc.

From expressionism to the avant-garde

Curator of each participating gallery will recommend for about one hundred works for exhibition. The exhibit will be dispay only about half since they will be subjected to debate the whole team. In addition to the "preliminary round" will be also works from Austria and Germany. In addition to paintings and sculptures will also be exhibited photographs, drawings or graphics, and book and magazine covers.

"There was nothing like that in Central Europe. Its not at the last moment, but I am nervous, we all managed it,“ said Srp.

The exhibition includes works from Expressionism from the early years of the 20th century through Cubism to the Avant-garde of the twenties. The exhibition arises prestigious publications in all languages and in English, prepare by the publishing house Arbor vitae.

"It is an excellent project, I liked it right from the first moment I read it. For Slovakia there is probably the most importend Košice Avant-garde, "said Zsófia Kiss-Szemán chief curator of the Bratislava City Gallery. She looking forward mainly for the Polish art that she thoroughly knows.

Her Polish colleague Monika Rydiger confirmed that the project is fantastic. "Those two years for preparation, it really is the minimum time that we will need such an ambitious theme," said the curator of the Krakow International Centre of Culture. She added this is not the first collaboration with the Museum of Art, and she believes it will be nice again.

The aim of this international project will be also in introducing cooperation between individual artists and groups in the former Austro-Hungarian Empire and the newly established Europe artists. The project Broken-up Era is being prepared for the 100th anniversary of Czechoslovakia. The exhibition will be opened in Olomouc in October 2018. Then in March the following year moved to Krakow, then to Bratislava and fall into the Hungarian Pécs. 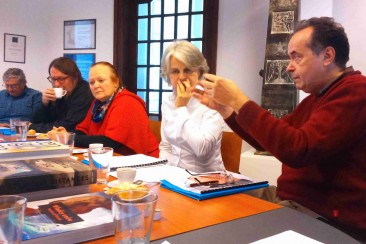 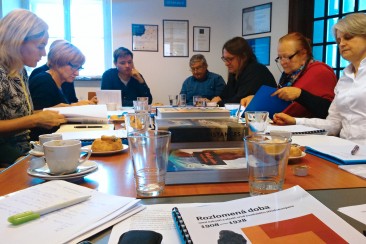 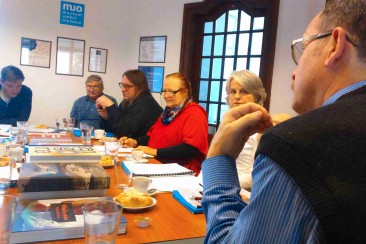 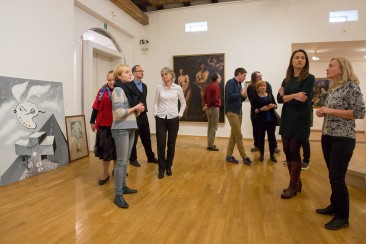